One platform: how the Xbox One could change everything at Microsoft

One platform: how the Xbox One could change everything at Microsoft

More than a box, a key to your home

Now that the dust has settled following Microsoft's unveiling of its Xbox One, all that remain are questions over the future of the console and the platform that underpins it. How do used games work? How does the online requirement work? What's the future of indie games? Microsoft isn't focusing on the game-related specifics. Instead, it's outlining its vision for the future of TV and entertainment in an effort to change perceptions of its popular brand. Simply put, Xbox isn't just about gaming anymore; it's a platform Microsoft believes will transform the living room.

Xbox as an ecosystem?

Xbox One's possibilities are almost endless if Microsoft opens up this platform fully to third-party developers. Microsoft hasn't been forthcoming about how this all works, but it's promising to share the details at its Build developer conference in June. If it's done right then you could imagine a future where you simply plug in an Oculus Rift and it works, or have your Xbox control your thermostat and lights with home automation. "A lot of what we've been doing for the new Xbox has really been focused on getting that architecture right," says Microsoft Xbox Live VP Marc Whitten in an interview with The Verge. He says Xbox is concentrating on "building the architecture that will transform the living room, that will make it intelligent, that will allow creators to build experiences that they can't today." This architecture and development environment, complete with a mix of virtual environments and a Windows kernel, holds the key to how apps and games will run and will reveal exactly where Xbox is heading.

Besides its unique hybrid architecture, Xbox One prominently features a vastly improved Kinect sensor. So improved in fact that it can now listen to your every command to wake or control the Xbox, and track your facial expressions, arms, and heartbeat. Some may find that creepy, but Kinect will come packaged with every Xbox One and Microsoft will require that it be connected to the console. "On the 360, as successful as it's been, [Kinect] is an accessory," says Whitten. This accessory nature has meant that developers have largely ignored Kinect for gaming, as they can't be sure every 360 owner will have access to one. 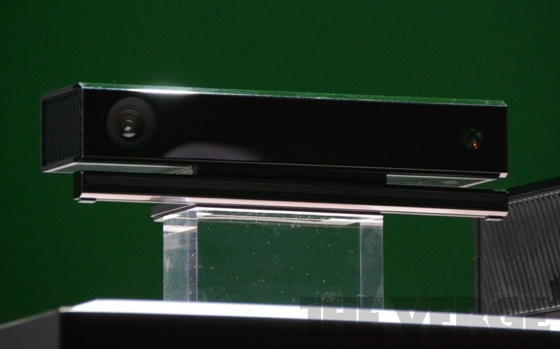 Microsoft is hoping this changes with the Xbox One. It wants its all-in-one box to sit as the primary interface for your entire living room experience, cable box included, with Kinect as the controller. There's a slight problem here though: TV implementations like this are reliant on passing signals from a cable box to the Xbox. It's a mess. "TV is like a really really hard problem," admits Whitten. Microsoft knows it can't replace your cable box just yet, but it's trying to augment the remote control experience with voice commands and gestures. "Instead of picking up that remote control, you might decide one day to say 'Xbox, go to CNN' and it will work," says Whitten. Alongside options to snap applications to the side, you can start to see an interactive TV strategy forming, regardless of the messy IR blasters and cable box user interfaces.

Apps and services are key

Beyond TV and the possibilities for Xbox as an ecosystem, if Microsoft continues to disregard indie developers and refuses to open up its console in a similar way to its Windows 8 and Windows Phone 8 platforms, then it will face an uncertain future, particularly if Apple were to create a console-capable TV set-top box. Apple TV might have been a hobby in the past, but Apple CEO Tim Cook has recently described it as "an area of intense interest." Valve sees Apple as the company's biggest threat in the living room, and no doubt Microsoft does too.

The move to a PC-like setup opens the doors for additional Xbox devices in the future too. Anand Shimpi, a computer chip expert who runs AnandTech, envisions a future where Microsoft may bring the combination to its own PC hardware. "Imagine a future Surface tablet that was capable of doing everything your Xbox One can do," says Shimpi, explaining that mainstream PC chipsets will likely be capable of delivering similar performance before the end of Xbox One's life. "The day Microsoft treats Xbox as a platform and not a console is the day that Apple and Google have a much more formidable competitor."

The next Windows brand?

If Microsoft is really serious about devices and integrating its services across all of its products then this is a risky strategy that it has to execute well. Though Windows is clearly at the center of the Xbox One, most consumers will never realize it, as there is no Windows branding on the console. In a mobile world where touch-based user interfaces play increasingly important roles in society, this is the exact approach that people want. Gone are the days of complexity: The future is automated simplicity. There's plenty of complex raw power on the Xbox One, but if Microsoft can surface it in a simple way to end users and move these boxes into living rooms then it might face a future where it no longer needs to rely on the Windows brand to catch consumer attention. The all-seeing, all-knowing Xbox brand with an assortment of Surface devices could be the very future Redmond is promising with its devices and services approach.