If a mobile operating system can go through a mid-life crisis, Windows Phone 8 might be there: Devices have been on the market since late last year, there’s no major revision in sight (yet), and OEMs — mainly Nokia — are now at the point where they’re ready to release another volley of hardware. So without a publicity boost from a new version of Windows Phone, that puts a lot of pressure on these new phones to be particularly good.

And if Nokia has its way, that’s where the Nokia Lumia 928 could factor in. Verizon and Sprint have generally been soft on Windows Phone since version 7’s launch — the flagship hardware has mostly gone to GSM carriers, particularly AT&T — so the 928 fills a gap in Verizon’s lineup while warming over last year’s Lumia 920 with new audio hardware, a xenon flash, and a revised design.

Is the 928 the bump that a mid-life Windows Phone 8 needs to bridge the gap? A genuine hit on Verizon would be a huge boost for the platform — but is this the flagship Windows Phone that Verizon customers deserve? Let’s take a look. 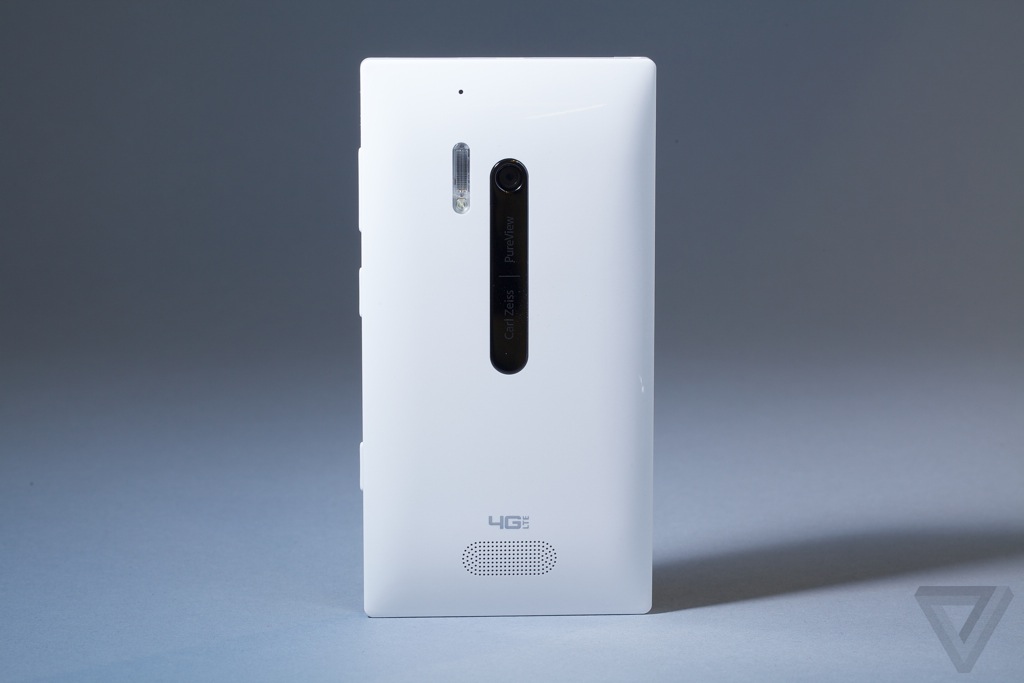 Though closely related to AT&T’s Lumia 920, Nokia has done an admirable job of differentiating the 928’s hardware, for better or worse. It’s safe, even staid. To some degree, it feels out of lockstep with Nokia’s famed (and relatively consistent) industrial design. Then again, Espoo has been experimenting lately: Take the Lumia 620, for instance, which features a double-shot plastic case — two colors layered on top of one another — or the aluminum Lumia 925. In other words, it looks like lead designer Marko Ahtissari is keen to move beyond the classic rounded plastic shell first seen on the N9, and the 928 certainly shows it.

If anything, the 928 could be described as a grown-up Lumia 810 with just a little more time, effort, and TLC put into it. It’s mostly squared-off with just a hint of curvature at the four corners; the back bulges slightly, making the phone more comfortable to hold and providing the optical illusion that it’s slightly thinner than it actually is (10.1 millimeters, beefy by today’s standards). The front of the phone is entirely flat and black; the back and sides come in your choice of glossy white or matte black.

I would’ve liked to have seen Nokia do a full range of snazzy colors for this phone, just as it did for the 920 and most of the other Windows Phones in its lineup, but I suspect this may have been a Verizon request: The 928 is a Verizon exclusive, and it’s probably no coincidence that the 822 (which is also Verizon-only) comes in the same two color choices. It reminds me a little bit of Verizon’s decision to slap its logo right on the Galaxy Note II's home button — there’s nothing good about the design changes that Verizon very likely was involved in dictating here. It’s a shame, because a bright red glossy shell would’ve helped counteract what is otherwise one of the more boring designs that Nokia has made in recent memory. Let’s be clear: this phone looks and feels worse than the 920. Why? 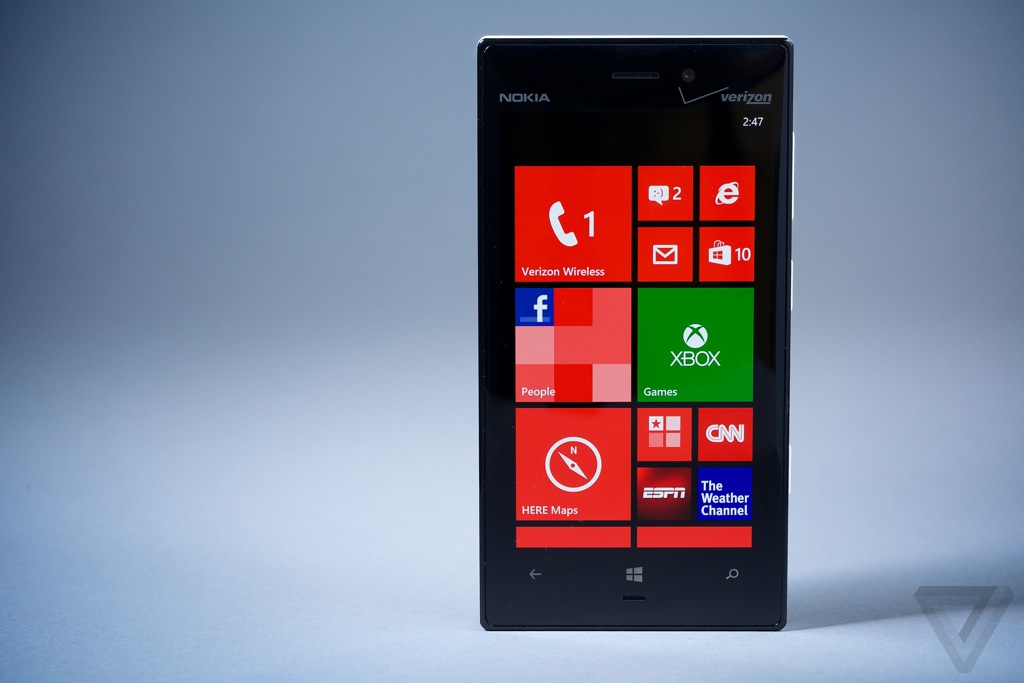 The right edge of the 928 has the classic Nokia Windows Phone button configuration: a volume rocker at top followed by a power button and a two-stage camera button (more on the camera in a bit). I’ve always loved the placement of the power button on these phones, but I’m not in love with the volume rocker — putting on the right makes it harder to hit mid-call, and it’s just barely longer than the power button which can make them difficult to differentiate by feel alone.. On the top, there’s a center-mounted Micro USB port flanked by a noise cancellation mic and a SIM tray (which, refreshingly, requires nothing more than a fingernail to pop open). At the very corner lies the 3.5mm headphone jack.

The back, though, is what sets this phone apart from the Lumia 920: You instantly notice the larger (much larger) xenon camera flash sitting just left of the lens. Another difference is the big loudspeaker grille toward the bottom, which is strategically placed on a slightly-curved area so that it isn’t muffled when the phone is sitting face-up on a table.

The phone’s display is 4.5 inches with a resolution of 1280 x 768, just like its Lumia 920 cousin, but the 928 switches from an LCD to an AMOLED — presumably to shave some thickness. It’s gapless and looks good, particularly indoors; the colors are unusually accurate for an AMOLED, to the point where I needed to double-check the spec sheet and make sure it wasn’t using the same IPS panel as the 920. Nokia also describes it as having "sunlight readability enhancements," and without knowing exactly what those "enhancements" are, I did find that I could see the display just fine outdoors. It seems that manufacturers are generally getting the hang of producing AMOLEDs that don’t completely sacrifice outdoor viewability. Even though it has a different panel, the 928 can still be configured for high touch sensitivity, often known as "glove mode" — it works really well through clothing.

The 928's earpiece — though loud — made everyone sound like Charlie Brown's teacher on phone calls. It’s one of the worst I can recall in recent memory. Verizon’s voice quality has never been stellar, but when I directly compared the 928 to a Verizon-branded Galaxy Note II, the 928 was notably worse. The same goes for the loudspeaker: It’s got plenty of volume, but has a puzzling lack of bass considering the shape and size of the phone’s shell. (The HTC One is making just about everyone look bad in this department.) Audio performance over the headphone jack was just fine, however, as was noise cancellation — callers told me that there was absolutely zero background noise while I was standing on a busy city street with a train rushing by.

The 928’s hardware has to stand on its own 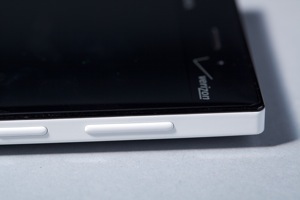 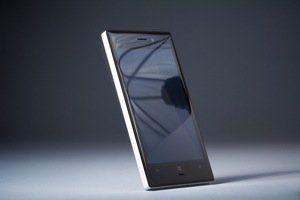 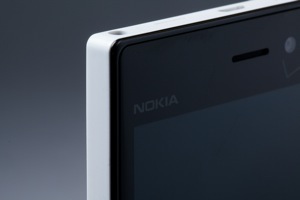 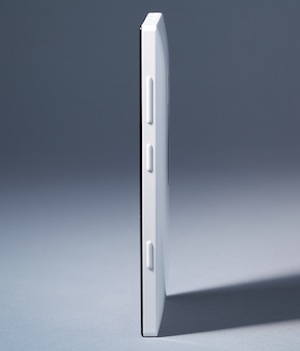 Battery life is totally reasonable on this phone 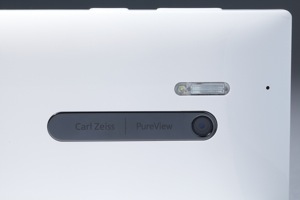 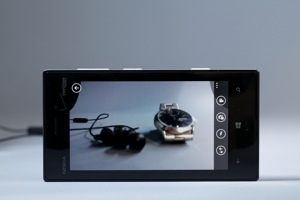 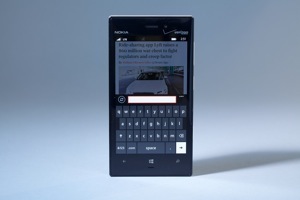 As I mentioned early on, the 928’s hardware has to stand on its own — there’s nothing new in the Windows Phone platform right now that Nokia can use to sell it. Bundled apps include ESPN, My Verizon Mobile, NFL Mobile, VZ Navigator, and Weather; as usual, they can all be uninstalled. Verizon’s relatively light commitment to Windows Phone (compared to Android) continues to be an asset here: Crapware is kept to a bare minimum. I had no issues with performance — Windows Phone seems to make smart use of the processing power it has available, just as it has since version 7. The 1.5GHz dual-core processor suits Windows Phone 8 just fine, unlike Android, which seems to be in perpetual need of more cores and gigahertz to overcome stutter and lag. For the phone shopper, that can be an asset: the purchasing decision becomes less about the spec sheet and more about how the phone looks, feels, and operates. (Though as I’ve said before, the 928 doesn’t look or feel particularly great.)

The camera performs admirably in low light, as you might expect — the 928 uses the same PureView-branded 8.7-megapixel camera borrowed from the 920, which was hailed as a low-light champ. There’s nothing particularly magical going on with the sensor: In general, the camera appears to select a really slow shutter speed and apply copious noise reduction to get good photos in poor lighting, which means you need to have a steady hand to avoid motion blur. 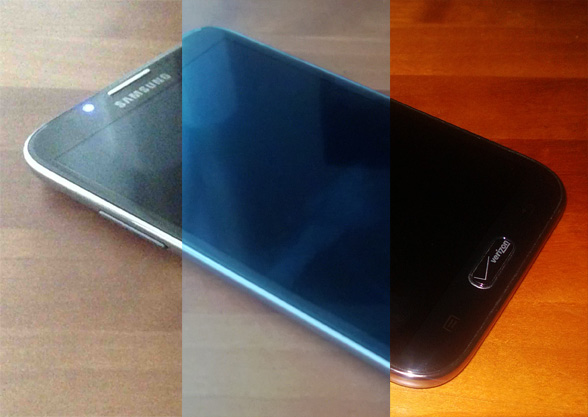 The same image captured with an iPhone 5 (left) and the Lumia 928, flash off (center) and flash on (right).

But low-light performance aside, Nokia decided to beef up anyway by throwing in a xenon flash, a legitimate camera flash tube that can produce a very bright burst of light to help fill out a scene. It's a Nokia trademark — its highest-end camera phones have had xenon flashes for years, giving you considerably more power than you can with a single or dual LED. I found that I didn’t use it much, though. The 928 already puts an emphasis on low light performance, and the flash has a tendency to do strange things to white balance. If you’re taking an action shot at night, xenon is your best option, but otherwise you’re best off leaving it disabled and letting the sensor do its thing. Xenon can only flash — it can’t stay lit — so the 928 also keeps a white LED hanging around for additional illumination during video.

Battery life is totally reasonable on this phone. I managed about 27 hours from charge to charge, including nearly four hours of phone calls (most of them with the screen turned on), about an hour and a half of Nokia Drive+ navigation, and a brief outdoor photography excursion. As I’ve said before, I believe that wireless charging makes a phone’s perceived battery life far more livable once you have the charging accessories in place, and the 928 is no exception: I found myself dropping it on an old LG Qi pad I had lying around at every opportunity. It’s a big advantage (which, unfortunately, I suspect many buyers won’t even know is there). 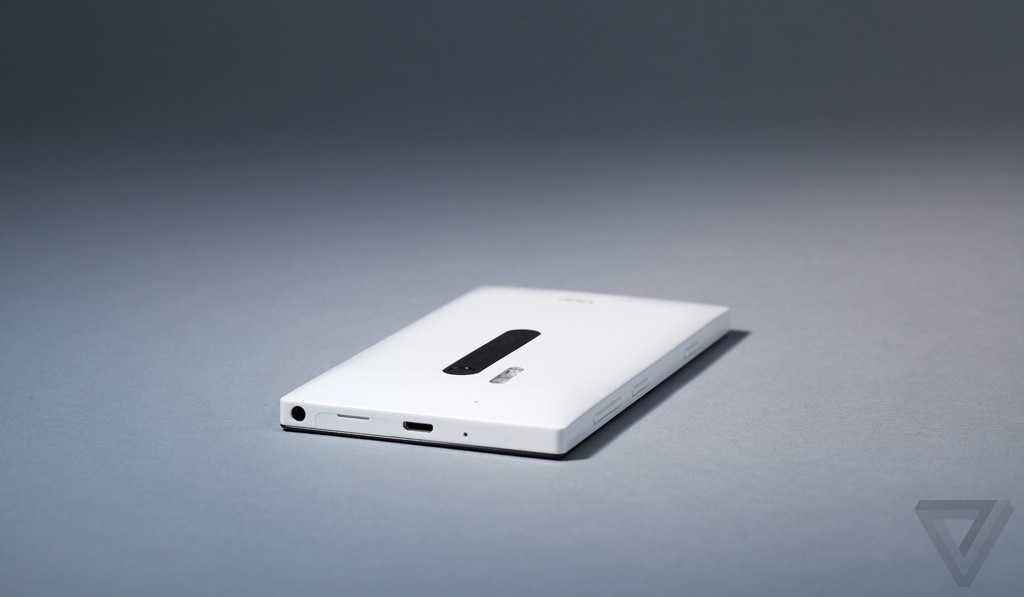 The right phone, tweaked in the wrong ways, at the wrong time

There’s a sad truth to the 928: It’s a Lumia 920 with a slightly worse design, a dearth of snazzy color choices, and a xenon flash that I found myself not needing very often. Verizon needed a “flagship” Windows Phone from the platform’s flagship OEM, no question — it just would’ve been helpful to see it at the same time that AT&T got the 920. And it needed to look better than this.

Nokia also undercut the 928 by introducing the gorgeous Lumia 925 at the same time, which is thinner, trimmed in aluminum, and equipped with better camera optics. But then again, Verizon won’t be getting it — T-Mobile will. In other words, if you’re in the market for a Windows Phone 8 device, Verizon isn’t your best choice; if you can’t go elsewhere, though, the 928 is certainly worth a look over HTC’s Windows Phone 8X.

All photographs by Michael Shane.