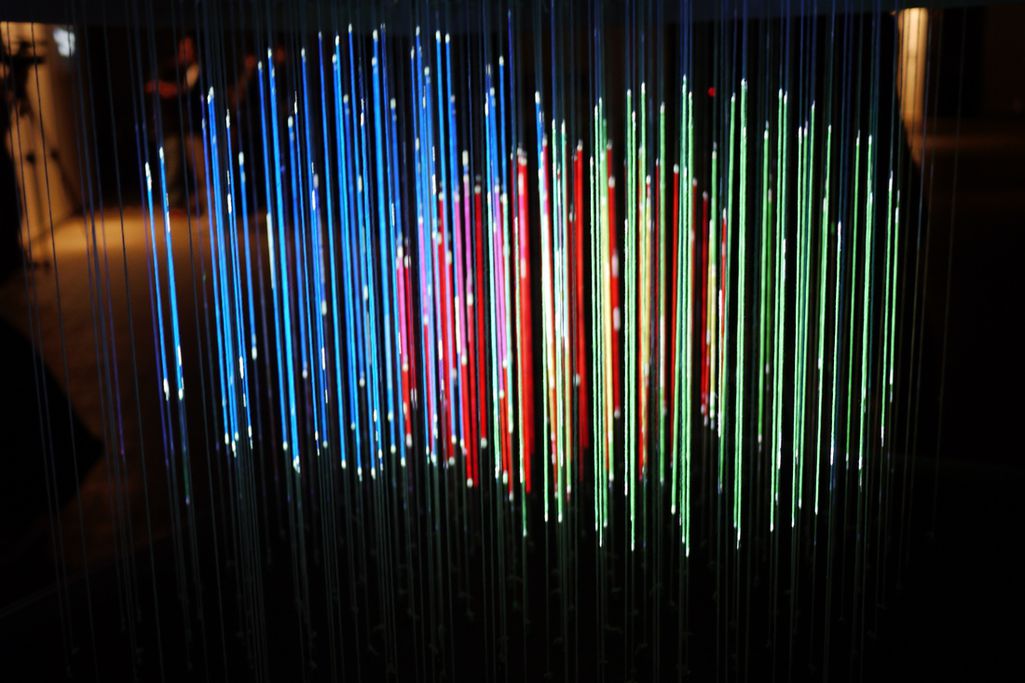 “When we explain it to people we get a lot of doubt,” Matt Parker says of Lumarca, his volumetric display installation, which renders graphics in 3D and has been in the works for several years. What puts that doubt in people’s heads is not necessarily how brilliant it looks, but instead how it works — Lumarca is composed of little more than a computer, a projector, and some string. Projected images turn hanging bits of string into dazzling beams of light, which can create 3D objects that appear to be suspended midair. It’s this contrast between the futuristic-looking display and the low-tech construction that makes people wonder. “Part of me, every time we build one, expects it not to work this time,” he says. “So I guess I’m not surprised when other people don’t believe it when they see it.”

Lumarca isn’t the only project to experiment with string and light, and it was originally built off of another project called Wiremap. Created by Albert Hwang, Wiremap worked in much the same way as Lumarca, using a projector to display graphics on a series of vertical wires and manipulating those images to create 3D objects. The similarities aren’t accidental: Parker was so inspired by Wiremap that he decided to create his own version for a thesis project at NYU. “I sort of reworked the construction technique that he had done, and reworked the programming side of it, and sort of made a much more robust library and construction technique that’s allowed us to push the project much further,” Parker says. “And that was the first Lumarca.” The two eventually joined forces to continue developing the idea.

Lumarca is composed of little more than a computer, a projector, and some string

Parker has been both a student and a teacher at NYU’s Interactive Telecommunications Program, and one of his most notable creations — the party game Recurse — was initially built as an installation for the NYU Game Center. Recurse uses a camera to display an image of the player, who has to move in such a way so as to avoid the red parts of the screen, and stay in the green. It’s sort of like Dance Central for the uncoordinated, and the kind of game that makes anyone playing it look ridiculous. Since its debut in New York, it’s been shown at venues across the globe, and earlier this year Recurse was ported to the iPad. While Parker says that game sales were “not all I hoped they would be,” the iOS port had the added benefit of being able to be shared and set up at events without him needing to be present.

It wasn’t his only foray into commercial games, however. Parker has a lot of interest in the Kinect hacking scene, and that experience led him to work on a somewhat curious project: Deepak Chopra’s Leela for the Xbox 360. Published by THQ, the game’s official description calls it an experience that “combines ancient relaxation and meditation techniques with technology to bring focus, energy, and balance to your life.” For Parker’s contribution to the game, that meant using the Kinect as a tool that measures your breathing and visualizes that information on-screen. The game uses the Kinect’s camera to determine where your chest is, and Parker was able to use some tricks to manipulate the depth image so that it could determine what part of your body you’re actually breathing from. This helps make the game a better instructor, as it can tell you where you need to be focusing your breathing at any given moment. “I was only really interested in working on Leela because it was such an interesting problem to try and solve,” he says, “and I wasn’t sure whether the Kinect was capable of it.” 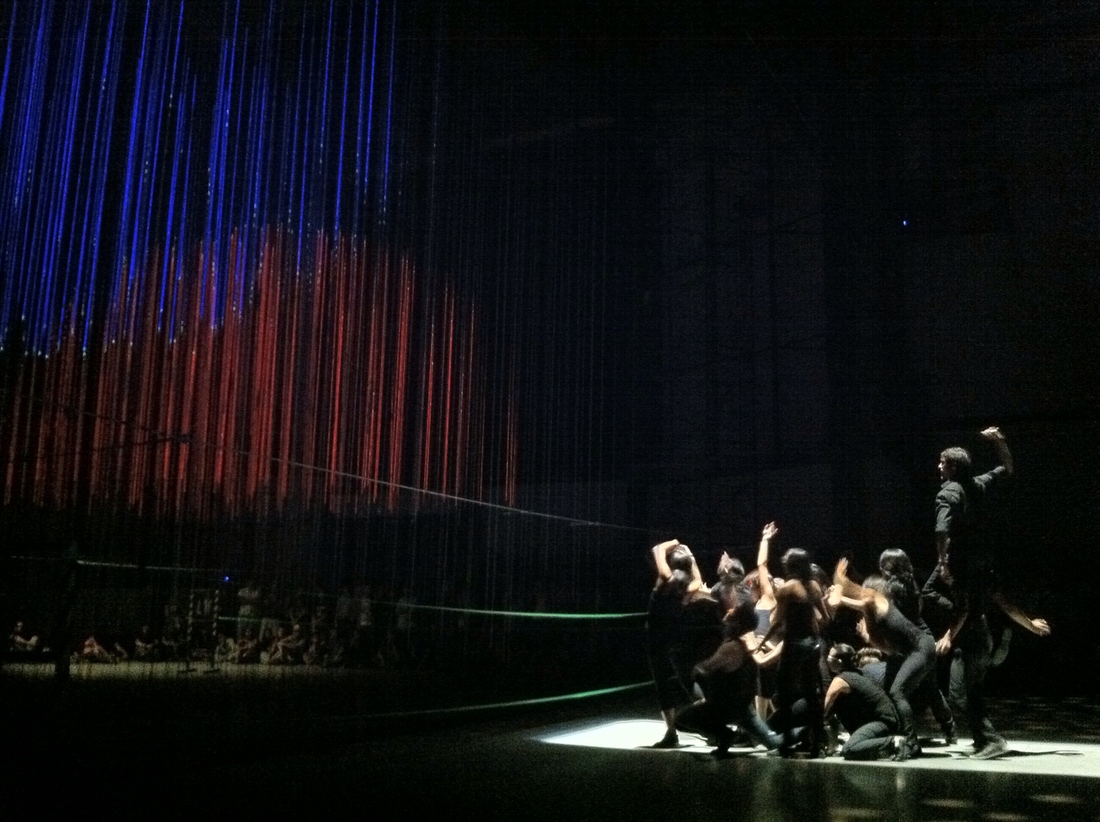 “It really is something that is an evolving project.”

But even though he’s worked on different projects along the way, development on Lumarca has never really stopped. Both Parker and Hwang have continued to build installations around the globe — from SIGGRAPH Asia in Yokohama to the Monitor Digital festival in Guadalajara. And over the years the duo has continuously refined its technique. Parker says that each time a new Lumarca is built there’s some new optimization, whether it’s an improvement to the construction process or tweaks to make the software run faster. “It really is something that is an evolving project.” 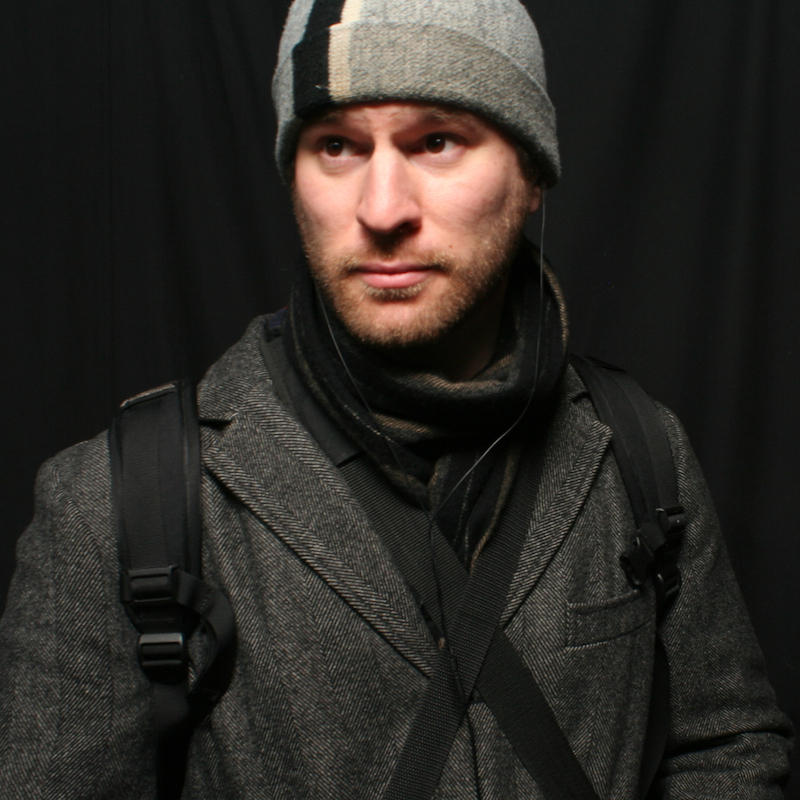 One thing that stays the same through each iteration, though, is the emphasis on a DIY mentality. Aside from the projector and computer, the only other materials needed are all readily available, and more importantly, cheap. A detailed step-by-step on the project’s site explains that you can build a Lumarca of your own for less than $100 — all it takes is some yarn or string, structural material, and a bit of hardware. The specifics can be tweaked or changed depending on the size of the installation you want to create, and last September the team managed to build the biggest Lumarca to date with a 50-foot-tall version displayed at Monitor Digital in Mexico.

Parker and Hwang had about a week to put the entire thing together, alongside a team of six helpers whom they had to train in the Lumarca-building process. The festival also provided a projector — the highest resolution one the pair had used to date — a large theater space, and some less-than-sturdy scaffolding. “It was a lot of 16-hour days on shaky scaffolding,” says Parker. But in spite of the long hours and safety concerns, the final product was what the duo had always imagined.

“We were able to build this giant display that was really, really powerful on the scale that Albert and I had always wanted to see,” says Parker. “Every time we build a Lumarca there’s a point where I think to myself ‘Why do I do this?’ And then when we finish and turn it on I always think ‘Oh, that’s why I do it.’ This was the most extreme version of that feeling.” 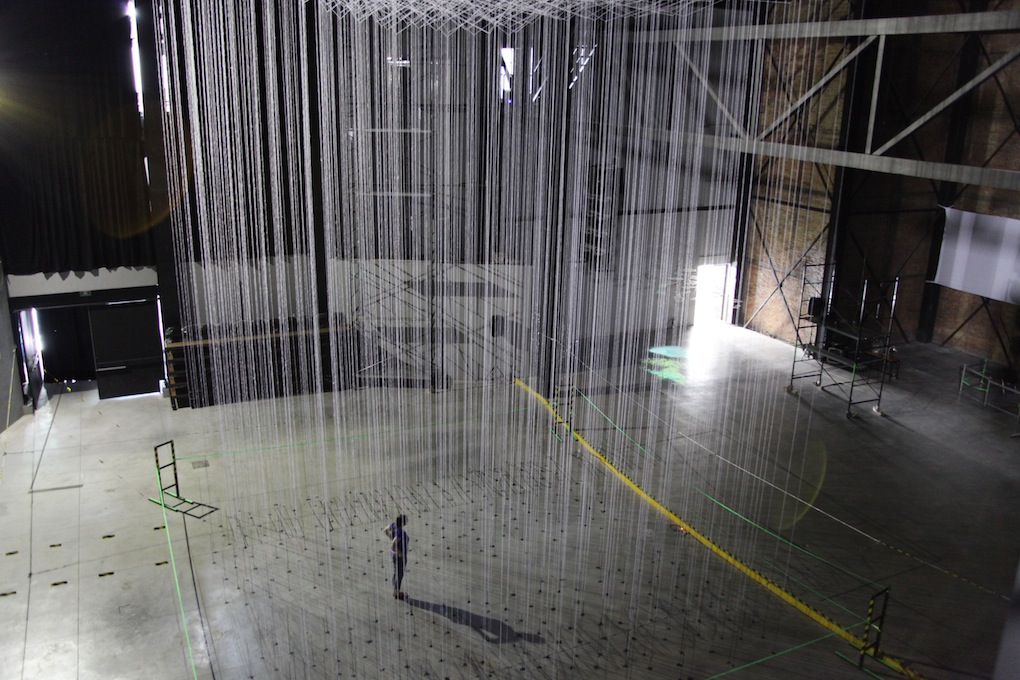 "Every time we build a Lumarca there’s a point where I think to myself ‘why do I do this?’"

Even with its massive scale, the 50-foot Lumarca only required about $200 worth of yarn. Using these cheap, easy-to-find materials makes it easier for Parker to create installations on a budget, but it also helps make the project more accessible to anyone looking to build their own. To that end the two are working on creating and distributing a build-your-own-Lumarca kit, which they hope to release sometime next year. The trick is getting the contents right. “We’re really striving to make something that the average person can put together if they’re willing to put the time in,” Parker explains. The kit has gone through a number of revisions but he thinks they’re finally close to making it work. “We don’t want to rush it out until we’re sure it’s ready.”

Though it may look like an art installation, Parker sees Lumarca as a platform. Not only does he encourage people to build the hardware, but the code is also completely open source, so that anyone can create their own Lumarca-enabled programs. “I’d really love to see a really great game for it,” he says. So far he’s developed a handful of his own — including a sort of 3D version of Breakout controlled with a webcam — but he doesn’t think that anything he’s created so far is “great.” The hope is that we’ll see more impressive uses of the technology once people get their hands on the tools.

“I think that, when you put a piece of technology out into the world and give people an ability that they haven’t had before, you can almost never predict how they’re going to use it and how great the results of that are going to be,” says Parker.

It’s not just community, though. Parker’s already dreaming of the next big installation, with a focus on resolution as opposed to sheer scale. “I see this hopefully getting to the point where we can get something along the lines of a planetarium projector,” he says, “where we could theoretically get to about 10 to 20 times the resolution that we’ve had. I think when you get to that level you can start to experiment with more holographic content, where you can actually get discernable, very detailed shapes and representations of things.”