Square sets its sights on check-ins: 'We can do something better'

Square sets its sights on check-ins: 'We can do something better'

Square is using its trove of payment data to build an engine for making local recommendations, a move that could upend the conventional wisdom about luring customers through their mobile devices. The recommendation engine, which is already at work in the commerce startup’s merchant directory, will someday suggest places to visit based on a customer’s previous purchase history. If the feature proves successful, it could cause companies like Facebook, Foursquare, and Yelp to rethink the value of check-ins as the currency that powers local recommendations.

"We can tell you that people who like X might also like Y — and it's a true representation of what you've bought," said Ajit Varma, who Square brought on last year as its first "Director of Discovery." Lots of apps and web services make recommendations for places to eat, drink, and shop, but Square is betting its payment data will give it a decisive edge. "I think we can do something a lot better," Varma said.

"I think we can do something a lot better."

The company has not set a timeline for rolling out recommendations. But given the data Square has at its disposal, the move appears likely. The idea is that users who pay with Square using its Wallet app will be shown suggestions for other things they might buy. Drink a lot of coffee? Square could alert you when a popular new coffee shop opens up in town. Buy some paintings? The Wallet app can let you know about a local artist with surging sales. The payment data is recorded automatically, without the buyer or the seller having to take any extra steps. Square sees that as an improvement over check-ins, which began providing the data behind location apps when Dennis Crowley founded Dodgeball in 2000.

Other e-commerce investors agree. "There's so much powerful data that comes from each and every transaction," said Kamran Ansari, an investor at Greycroft Partners, which has invested in payment apps including Venmo and Braintree. "Particularly now that those transactions are happening increasingly using a mobile device." Payments made via phones include information about the customer’s location, the time of day, the amount of the purchase, and the frequency with which a customer visits a particular location, among other data. Taken together, Ansari said, those details can serve as a powerful predictor of where else a person might like to shop.

Square’s potential move into recommendations comes as the first wave of location-focused apps face increasing skepticism. Early investors dreamed of a world where smartphones would chirp with coupons and other temptations every time you walked by a storefront. But that vision has failed to materialize — and despite years of trying and tens of millions of dollars invested, no startup has yet turned smartphone location signals into a multibillion-dollar business.

Yelp, though fast-growing, remains unprofitable after going public last year. Foursquare raised a round of debt earlier this year after reportedly failing to attract capital at a higher valuation. Wallet apps from Google, PayPal and the consortium of cellular carriers behind Isis have failed to gain much traction. 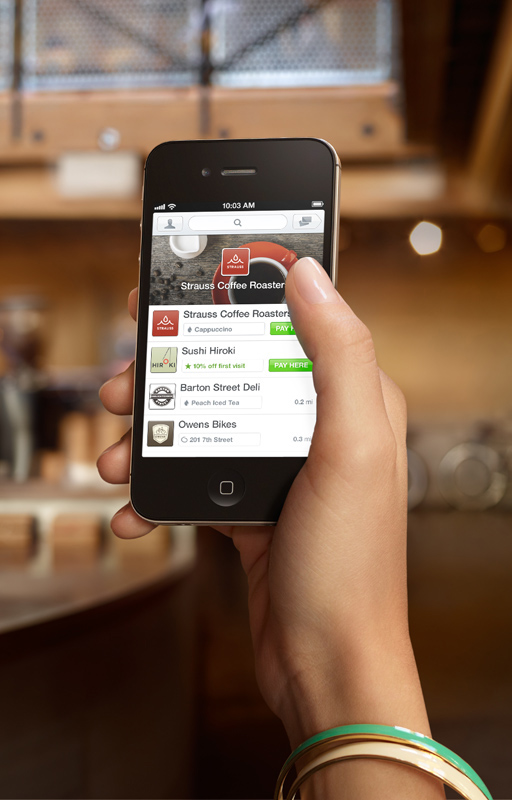 Square would enter the market with some advantages. While nowhere near ubiquitous, the company tripled its user base in 2012, to 3 million, and 330,000 merchants are now part of its directory. The company has made an aggressive move into mainstream retail, led by its partnership with Starbucks.This week the company hired Alex Petrov away from PayPal to become its vice president of partnerships, in an effort to bolster the number of traditional brick-and-mortar businesses that accept Square.

The directory project, which the company put online in October, is effectively a Square-only version of the Yellow Pages. Merchants get a free landing page on which to put photos and contact information; they can also list items for sale, add their Twitter feeds, and offer specials to first-time visitors. Any Square merchant can claim a page, and data gleaned from payments determines how high they rise in search results.

"It's a single place you can go as a customer and get all this information," Varma said. "And over time, we definitely want to make it more personalized as well." To start with, last week the company quietly introduced a sign-in button for buyers. If you have a Square account, signing in will give you a detailed look at your spending on Square. Eventually, whenever you sign in, the directory could suggest other places to shop based on your history.

"I may have gone there, but you have no idea whether I liked it or not."

Still, Square faces significant obstacles to becoming a trusted source of recommendations. Privacy concerns all but guarantee that Square won’t ever tell you what your friends bought, and the company has no plan to include customer reviews on its directory pages. Its recommendations are also limited to merchants that accept Square, which for now at least represents only a small subset of businesses.

Some investors question whether payments are the right approach to local discovery at all. "All you know is I went there and I spent some money there," said Scott Raney, an investor at Redpoint Ventures. "That’s literally all you know. You can already get all that through the social layer, plus a lot more — context, reviews. I may have gone there, but you have no idea whether I liked it or not." (Merchants can choose to share more detailed information about transactions with Square, including items purchased. But it’s unclear how many merchants opt in; a spokeswoman for Square wouldn’t say.)

Raney said social recommendations — Facebook Graph Search, say, or tips from Foursquare friends — are of higher quality than recommendations based on purchase history. Google Now, which marries your web searches to your current location, could represent an even more powerful way to target local recommendations over time, Raney said. 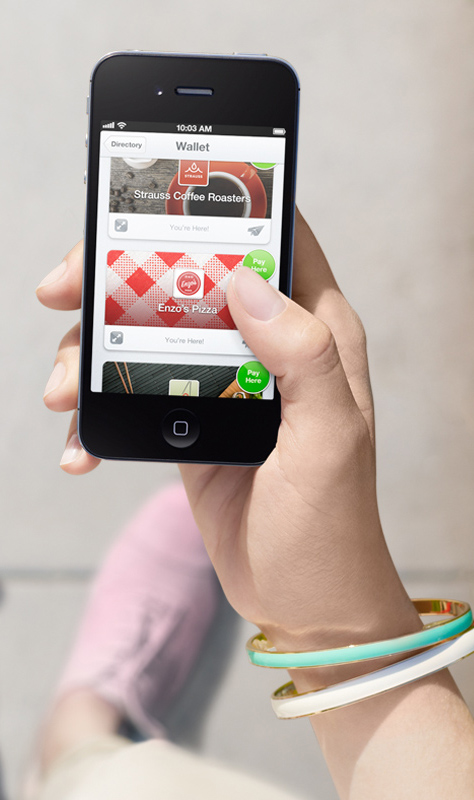 Foursquare, for its part, has embraced partnerships with credit card providers. The company struck a deal with American Express in 2011 that connected check-ins to credit cards for redeeming special offers, giving Foursquare a cut of the sale while providing merchants with analytics around the sale. This year the company brought Visa and Mastercard into the fold, and hopes to add more credit cards to the service over time, said Steven Rosenblatt, chief revenue officer at Foursquare. The company has also augmented its check-in data by recording users’ locations whenever they open or interact with the app, and its "radar" feature uses geofences to ping users about interesting places even when the app is closed.

Payments and location data work better in concert, Rosenblatt said. "I don't know how one replaces the other," he said. "They go together." He scoffed at the idea that Square could replicate his company’s database, which includes more than 50 million points of interest and has amassed 3.5 billion check-ins to date. "Good luck," Rosenblatt said.

But Amazon’s success with its recommended items shows how effectively a history of purchased items can be converted into additional sales. As Square gets more merchants to start using its register tools, recording new data around every item purchased, the data it compiles will only grow more valuable. A company that knows what you bought just might have the keys to knowing what you want.