Tears in rain: how Snapchat showed me the glory of data death

Tears in rain: how Snapchat showed me the glory of data death

A case for fading data in the age of media immortality

"I've seen things you people wouldn't believe. Attack ships on fire off the shoulder of Orion. I watched c-beams glitter in the dark near the Tannhäuser Gate. All those moments will be lost in time, like tears in rain. Time to die."

Anyone who's seen Ridley Scott's sci-fi masterpiece Blade Runner probably knows this famous speech from its climax: the final words of Roy Batty, the ruthless but ultimately tragic leader of a band of androids rampaging across a dystopian future Los Angeles.

Much has been said of that soliloquy, hauntingly and unexpectedly improvised by actor Rutger Hauer at the tail end of a long shoot. Within Philip K. Dick's classic tale of humanity and the nature of memories, Batty provides a profound embrace of the ephemeral, the dying lament of an inhuman intelligence driven to murder and madness by the fear that his brief existence will leave no mark upon the flow of time. 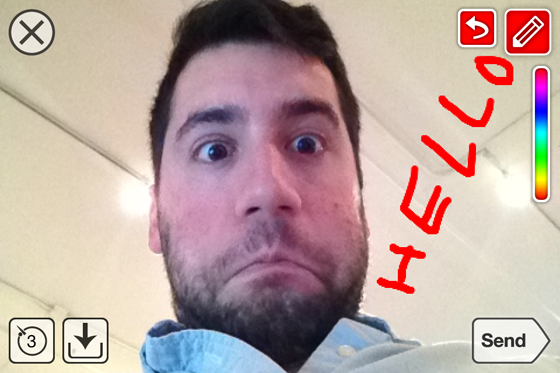 Snapchat is where photos are born to die

Snapchat is where photos are born to die. You take a picture or video, send it to a single person or small group, and within 10 seconds of them opening it, it's gone — in theory, at least. Yes, we've seen that capturing the images permanently is possible, if you set your mind to it. But bugs and dubious popularity among sexting teens aside, temporary media apps like Snapchat are a welcome response to our current state of social media overload, where images and information are so unrelenting and overabundant that their individual value approaches nil.

In an essay for The New Inquiry, Nathan Jurgenson writes that at a time when everyone is an obsessive digital documentarian, Snapchat represents a wholesale rejection of the camera as a nostalgic instrument, causing us to look at its images in a fundamentally different way.

The ephemerality sharpens viewers’ focus: Once received, a Snapchat count-down is a kind of time-bomb that demands an urgency of vision, a challenge to exhaust the meaning from the image before the clock runs out. Unlike a paper photo that fades slowly over the years, the temporary photo disappears suddenly. Given only a peek, you look hard.

There’s nothing to "look back" on — the moment stays in the moment, then vanishes forever

After caving and trying it out (and watching Blade Runner for the umpteenth time) I finally see what he means. Batty the Replicant, self-aware and able to hear the ticking of his own doomsday clock, is "looking hard" in this exact same way, desperately racing against time to exhaust meaning from his own existence. True, getting a Snapchat isn't quite so pressing or romantic. But it solicits the same kind of exploration without the feeling that I'm "falling behind" in the interminable stream of documentation. I never get anxious sending or receiving Snapchats in the same way I get with other apps, because I know that after that initial "peek," there’s nothing to "look back" on — the moment stays in the moment, then vanishes forever.

That's an increasingly important distinction. Normally these documentary artifacts are being created constantly and archived indefinitely. Yet our experience of them is still mostly gauged by the retweets, "likes," and comments we receive in the viral moments just before they fade into the fast-flowing data stream, forgotten — tears in rain.

It's no surprise some of the best new projects exploring that realm take place within this viral "present" where social media is most powerful. Take for example Ryder Ripps, whose ongoing internet performance Hyper Current Living involves the artist working a simulated desk job where he sits at a computer, tweeting art project ideas while guzzling energy drinks. Livestreaming the event next to a running tally of his idea-to-drink ratio, Ripps calls the performance "conceptual art as a competitive sport."

An artist statement on his Livejournal reads:

In the stream, our output is valued by its proliferation and its likes and favs – what incentive is there to spend 4 years writing a novel if it will just be a link in a stream lasting a few hours? The piece brings this trait into light by designating a time and space to the creation of such fragmented, short interactions native to social media.

It suggests that maybe we've begun to realize our mistake in consuming social media as if it were a digest. In his latest book Present Shock, Douglas Rushkoff describes the stress we feel when we fail to make this distinction between "flow" media and "storage" media. Twitter, for one, isn't something we're supposed to "catch up" with since we last checked it, he reminds us — it's more like a flowing current we dip our fingers into to check the “cultural weather."

Perhaps the reason we make this mistake is that most of this "flow" media is also being stored, causing our entire history to converge on the present moment as the underlying context collapses. In knowing there is an episodic timeline for our digital outputs, we desperately attempt to keep on top. 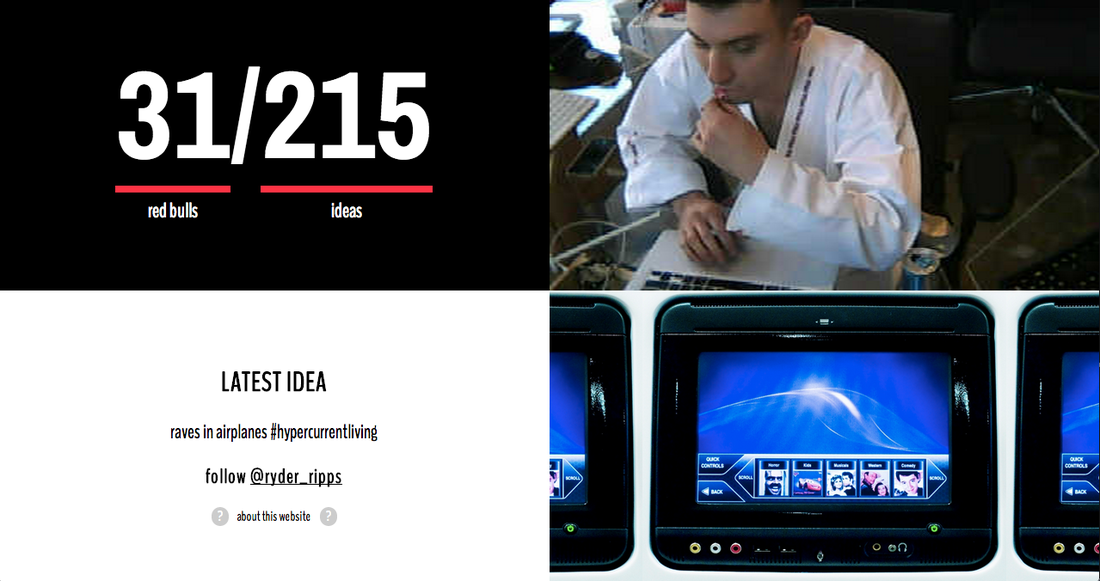 That's where things like Efemr, a new Twitter plugin that lets you add timers to tweets using hashtags, really show their promise: rather than commit every Twitter message to the undying archives, I can now put expiration dates on the ones which are context-specific (last minute details about a show I'm playing over the weekend, for example) or serve no purpose beyond a certain span of time.

"Some people want to not worry about having a digital box of crap sitting in their online basement."

You could dismiss this as "self editing," but the reality is much more nuanced. Last December, Buzzfeed writer and Verge contributor Benjamin Jackson wrote a script called "The Shame Eraser" that uses your Twitter archive to delete your old tweets. But despite the name, he says the reasons for using it are varied. "There are lots and lots of motivations for this kind of user behavior," he told me over an instant message chat recently. "Some people probably are skittish about the trail they leave behind; others want to do illicit stuff; others want to just not worry about having a digital box of crap sitting in their online basement."

Not every service can or should utilize temporary photography and media. But it's an option that's becoming increasingly popular because unlike our growing social media archives, it creates an isolated slice of time — a present moment — that's a closer and more intimate approximation of real experience. Get it before it's gone.