You won’t know what’s going on, but finding out is most of the fun

Black Crown is a strange blend of interactive fiction and a classic choose-your-own-adventure novel. It's also incredibly disturbing: Your character will regularly undergo bizarre tests dictated by a shadowy corporation, which will have you dealing with everything from mutilated pigs to a constantly changing outfit. In the world of Black Crown, reality is in flux, so you never quite know who or what to trust. This all makes for a thoroughly enjoyable mystery, at least early on, and additional story elements will roll out over time to keep you reading. It's also a game that comes from an unusually traditional source: book publisher Random House UK.

The game begins with an interview. You'll be asked a series of questions, presumably to help the game get a sense of your personality, and then you'll be thrust into a number of odd predicaments, each also apparently a part of the interview. At each screen you'll be given several actions to choose from, and new ones will often open up the more you explore. You'll gather items as the game seems to collect information about your personality and performance, but what exactly this information means and what it's used for is unclear. The thing about Black Crown is that you never really know what's going on, though this just adds to the mystery: There's obviously something going on at the Widsith Institute, and the strangeness makes figuring it out all the more enticing.

The decidedly oddball nature of Black Crown extends not only to the story itself, but to the way it's written. Author Rob Sherman's prose seems to delight in confusing the reader, and it's that style that initially attracted Random House to the project. "It's not so much about Random House wanting to get into gaming," says digital publisher Dan Franklin, "than meeting with Rob and feeling that a narrative-heavy experience with gaming mechanics was the best fit for the story and world he wanted to create." The company partnered with Failbetter Games on the tech side, and decided to work with Sherman after he literally showed up at the Random House office with a suitcase full of curious artifacts. 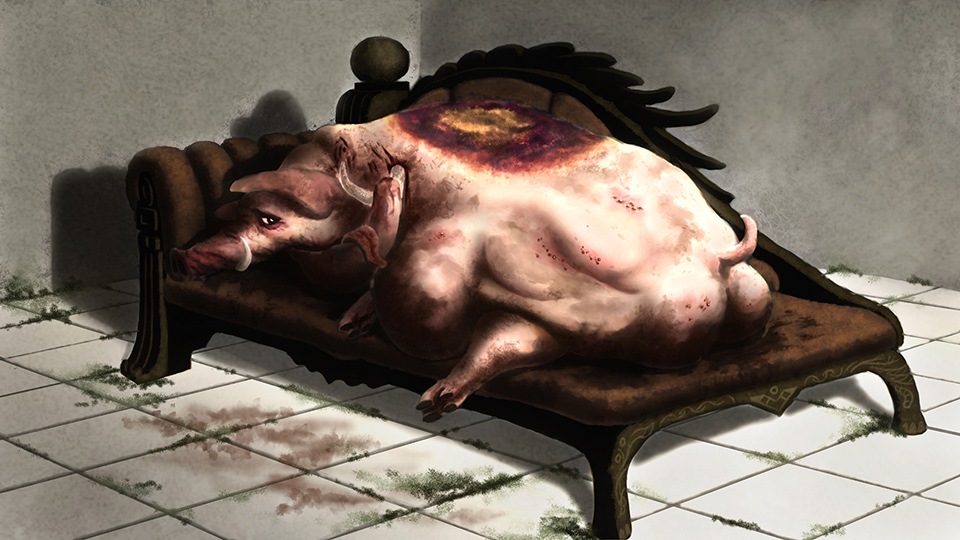 "It contained strange objects, fragments of text, a journal, maps, photographs, art," Franklin tells The Verge, "and it was the agency of the person rummaging through the case that determined their experience of the story it told." So depending on in what order you looked at the objects, the story unfolded in a slightly different way. Though it's available online, Black Crown mimics this to some degree: In addition to the game, there are multiple ebooks that players can purchase to delve even deeper into the world. Additionally, while the main story is free-to-play, players can spend money to open up things like "premium" story segments or to move the narrative along more quickly. "If you want to make that happen a little faster," says Franklin, "you make a small payment."

"We won't let it turn into a messy 'Twin Peaks' / 'Lost'-style bunch of unresolved strands."

Random House UK is hoping that the game will appeal to both interactive fiction and sci-fi fans, as well as what Franklin calls a progressive audience: "culturally curious, web-savvy, those who understand the digital publishing space, read digitally, and want to go further." It has a lot in common with traditional interactive fiction games, but the episodic structure, external texts, and disorienting subject matter make it feel unique. It's also an ongoing project: Black Crown will receive new content for at least the next four months, and if things go well that could stretch out into a year. The game does have an ending, but Franklin says it could be expanded upon with additional story arcs — however, he stresses that it won't get out of control. "We won't let it turn into a messy Twin Peaks / Lost-style bunch of unresolved strands, though."