How to prevent an astronaut bloodbath on Mars

To protect the psyches of future space travelers, NASA might deck them out in wearable sensors that spot meltdowns before they happen

Share All sharing options for: How to prevent an astronaut bloodbath on Mars

Sometime within the next two decades, a select cadre of men and women will likely embark on a trailblazing adventure: the first manned mission to Mars. Several private organizations, including Dutch nonprofit Mars One and space tourist Dennis Tito's Inspiration Mars, have already announced plans to send people to the red planet. And NASA is preparing for its own massive undertaking, in the hopes of getting astronauts to Mars by the 2030s.

Pulling off a successful mission will require profound feats of technology and science. Among them? Figuring out how to prevent astronauts confined to a cramped, isolated capsule for several years from coming to blows. "When a bad day happens, it isn't so easy to address in space," says Douglas Vakoch, PhD, a clinical psychologist and senior scientist at the SETI Institute. "It's inherently difficult, psychologically, to make sure astronauts are able to handle this."

"You can never ensure that nothing bad will happen."

NASA is conducting its own research on the issue. Last week, the agency handed out a $1.3 million contract to psychologists at Michigan State University to further the development of a psychosocial sensing "badge" that astronauts would wear during their mission to the red planet. The pocket-sized badges, says project leader Steve Kozlowski, PhD, will be designed to track physiological markers of an astronaut's psychological health — like blood pressure and heart rate — as well as the dynamics of their social interactions. "You can never ensure that nothing bad will happen," Kozlowski said. "But a coherent means of assessing interactions and stress ... is one way to protect against any negative outcomes." 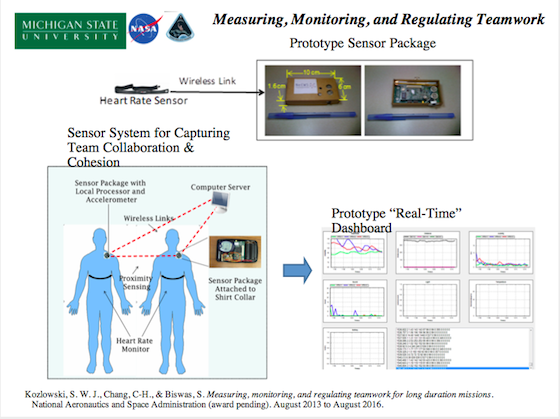 Take, for example, a conversation between two astronauts. The badge would monitor which astronaut approached the other, how long their conversation lasted, whether vocal patterns were friendly or acrimonious, and who ended the discussion. From there, the sensors would offer "direct feedback" to the astronauts about their behavior. A sensor might, for instance, recommend that two astronauts "go make up," or target an aggressive "perpetrator" to warn them about their inappropriate behavior. "I don't want this to be a Big Brother observation system," Kozlowski said of the badges, although he notes that ground crews could be notified if the sensors detected particularly worrisome signals. "This is more about giving team members the opportunity to self-regulate their own behavior."

"Increased feelings of isolation, homesickness, dysphoria, or even suicidal or psychotic thinking."

Indeed, such self-regulation will be paramount during a manned mission to Mars — the autonomous nature of the journey is precisely what makes it so psychologically and socially unique. A trip to Mars will be longer than any space journey we've seen before: NASA anticipates a duration of two and a half to three years for the first Mars mission, with astronauts traveling in a capsule around the size of a small kitchen. They'll traverse such an incredible distance — around 334 million miles — that astronauts will no longer be able to see the Earth. That might pose grave psychological challenges, says Nick Kanas, MD, a professor of psychiatry at the University of California, San Francisco. In Kanas' research, astronauts have cited seeing Earth from space as the single most positive aspect of their mission. In one 2010 paper, he warns that the absence of a visible home planet "may result in increased feelings of isolation, homesickness, dysphoria, or even suicidal or psychotic thinking." "You're taking away that critical element," he said. "Mars might entrance astronauts, but it ain't home."

A mission to Mars will also be uniquely isolating. Unlike astronauts living aboard the ISS, those headed to Mars will endure at least a 20-minute, one-way lag when trying to communicate with Earth. "Imagine an astronaut wants to phone home and say ‘Houston, I'm having a problem'," Kozlowski says. "Well, they'll be waiting an awfully long time before they can get any advice."

Severe psychotic episodes have not been reported

Historically, public incidents of astronaut discord are rare. In part, that's because astronauts are wary of admitting to psychological strife or disagreements with crew members — a reticence that NASA's new sensors will trump. "The expectation that astronauts ‘have the right stuff' is a big barrier," Vakoch says. "They don't want to admit faults, nor do they want to lose flight status." Astronauts also undergo rigorous testing and training, individually and as teams, to ensure sound mental health and compatible personalities. Still, the process doesn't always work: One 1985 Russian mission, for instance, was cut short after the mission's commander allegedly appeared psychologically unstable. A handful of studies have also evaluated the psychological welfare of astronauts on the Mir and the ISS. "Emotional adjustments and psychosomatic reactions have occurred in space," a 2009 paper co-authored by Kanas reads. "[But] severe psychotic episodes have not been reported." 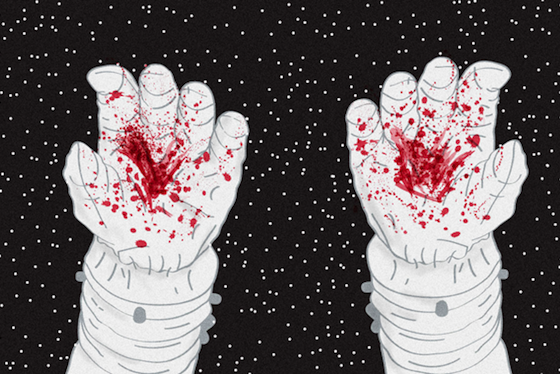 To keep it that way on Mars, NASA is investigating more than just wearable sensors. It's also sponsoring a Harvard program to develop computerized "therapists" that could offer on-demand counseling to astronauts. Yet another NASA-funded team of psychologists has been tasked with developing criteria that will select compatible teams of astronauts for future Mars missions, and identifying potential stressors that teams might encounter — along with training strategies to help astronauts mitigate them during the mission.

While NASA's investing millions to protect the psyches of Mars-bound astronauts, it's unclear whether private ventures plan to do the same. The selection process for applicants to the Mars One program will include stringent psychological tests and years of team training, representatives told The Verge. That process will be overseen by Norbert Kraft, MD, a former NASA scientist whose "primary area of expertise is developing physiological and psychological countermeasures" for space travel.

The agency is already conducting simulations of Mars missions

But before any team deploys to Mars, NASA's research here on Earth might very well offer indicators of how likely an astronaut brouhaha might be. The agency is already conducting simulations of Mars missions, including one six-person, four-month experiment in a domed habitat on Hawaii's Mauna Loa volcano. That's where Kozlowski hopes to see his team's sensors deployed in the near future. "We don't know much about what kinds of highs and lows we'll see in people over long periods of time, under extreme circumstances," he says. "This should give us some understanding of what we can expect."