Play this: 'The Swapper,' a puzzle game about cloning in a claymation world

Play this: 'The Swapper,' a puzzle game about cloning in a claymation world

When you can be in five places at once, who are you really?

If there's one thing i've learned from fiction — especially video games — it's that space is lonely. Looking through a porthole into an empty vacuum, or even fighting hordes of aliens and dead comrades, you're reminded of how small you really are, no matter how big the power fantasy gets. In side-scrolling indie game The Swapper, though, your solitude gets a lot more complicated. You're never really alone in The Swapper: with a click of the mouse, you can create up to four clones of yourself, using them to navigate the puzzle-filled environs of a space mining colony.

At the most basic level, the clones will follow your movements, standing on buttons like flesh-and-blood boxes or letting you be in two places at once. But the real challenge comes when you realize that of the five "yous" on screen at any given time, only one has any meaningful sentience. The titular Swapper gun doesn't just create clones, but can swap your consciousness between them. To cross a gap, you'll place a clone on the other side, then take control of it. When you move on, your original self will drop into the void — but, well, that doesn't matter much. After all, it's just a clone. Isn't it?

The Swapper gun is a simple mechanic for players, but for the characters, it's a mind-bending device

The Swapper certainly has elements of twitchy platforming, but it's mostly a game about methodically solving puzzles. A cavernous space could require a few simple tricks to get around, while a room that's barely large enough for all your clones could take meticulous analysis to figure out where and when to place them. On their own, the puzzles would be clever, but they're buoyed by the game's gorgeous and unique design. Almost everything in The Swapper was created first from clay or found objects, then photographed and used as an art asset for the 2D game. The aesthetic is a combination of claymation and desolation, like playing in a Dead Space-themed diorama. 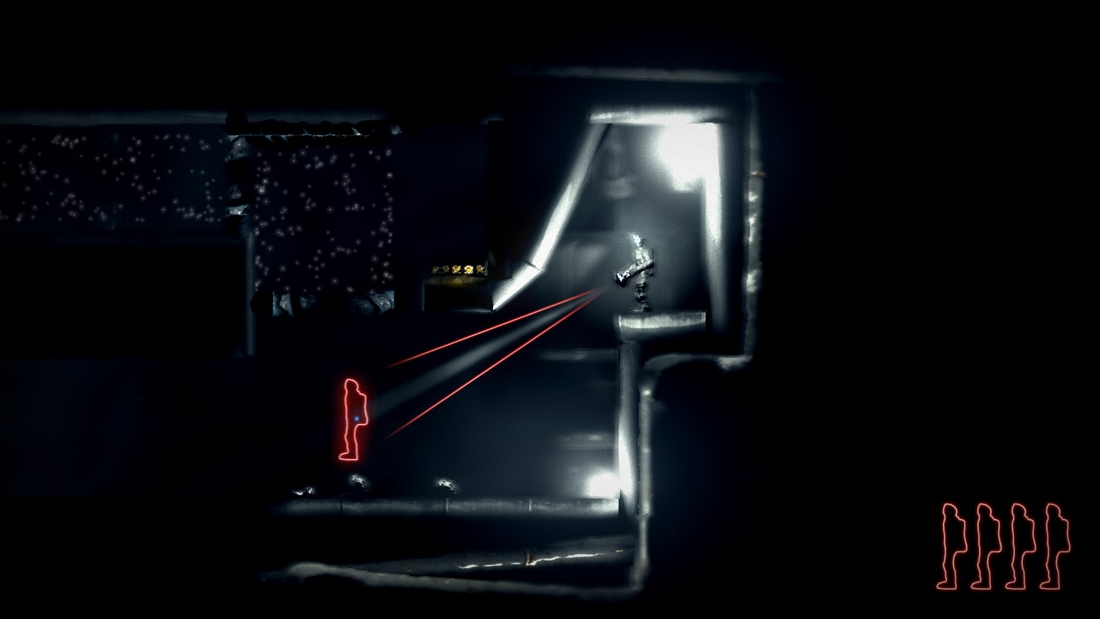 It's also backed by writing from Tom Jubert, who worked on narrative design for FTL and Frictional's Penumbra games — one of my personal favorite series. Without giving too much away, the story revolves around the weirdness of the Swapper, a device whose gameplay mechanics are simple but whose in-game repercussions are mind-bending. For the player, switching a clone's "consciousness" is essentially just putting down one game token and picking up another. But a character with the Swapper is literally creating copies of him- or herself, moving between them, and killing them off: in an eerie design choice, a dead clone will crumple to the ground, while a cleanly "reclaimed" one will disappear, letting its flashlight fall to the floor like a severed limb.

The ideas behind The Swapper evoke everything from Solaris (What makes a thinking person?) to Star Trek (Is a "rematerialized" version of your body really the same?). As befits a game backed by the Indie Fund — a program created by Jon Blow and other iconic developers — it was devised with the goal of neatly fitting gameplay to story, plumbing the implications of its world. I'm still working my way through it, but it's easily worth the $14.99 you'll spend on Steam — closer to $11 if you get it in the next week. For now, The Swapper is Windows-only, but a Mac version is expected down the line.