Did Apple conspire to fix ebook prices? The DOJ takes Cupertino to court on Monday

Did Apple conspire to fix ebook prices? The DOJ takes Cupertino to court on Monday

In the antitrust case USA v Apple, high-ranking Apple and Amazon executives are expected to testify

Propelled by the public's embrace of the Kindle, Amazon was running away with the burgeoning ebook market by the end of 2009. The steep discounts it offered, which were often below wholesale cost, were also a big part of why the company could boast more than 90 percent market share.

To the chagrin of competitors and book publishers, Amazon was developing monopoly control of the ebook market. The retailer accomplished this by offering the total package: the top e-reader, the most popular online book store, and the best prices. Amazon's strategy was a proven winner. It was nearly identical to the one Apple employed earlier in the decade with the iPod and iTunes store when it came to dominate digital music sales.

If found guilty of price fixing, it won't be good for Apple's image

Against this competitive backdrop, Apple allegedly began plotting with five of the country's six largest book publishers to undermine Amazon's market position as well as force higher ebook prices on consumers, according to an antitrust complaint filed last year against Apple and the publishers by the US Department of Justice. The trial is scheduled to begin Monday at 9:30AM ET, and is expected to last three weeks.

In a Manhattan federal courtroom, Apple will stand alone before US District Judge Denise Cote. All five of the publisher defendants — Hachette Book Group, HarperCollins Publishers, Simon & Schuster, Macmillan Publishers, and the Penguin Group — have settled. From a financial standpoint, Apple can certainly afford to risk a trial. The government's lawyers aren't seeking financial damages, but they have asked the court to find that Apple entered into an unlawful contract and order the company not to enter into any similar agreements. 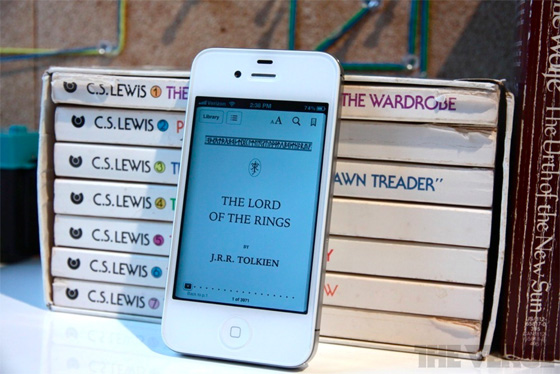 As for Apple's reputation, the risks are greater. If Apple is found guilty of price fixing, it won't be good for the company's image, which has already been dinged during the past couple of years by controversies related to the taxes it pays and poor working conditions at iPad factories in China. Saving face is likely the reason Apple continues to fight. The defendant publishers have all ripped up the disputed contracts with Apple and Amazon is back to discounting. For this reason, regardless of what happens in court with Apple, the feds have already achieved their most important goals.

Heading into the trial, the DOJ appears to have the upper hand. The government has already presented a staggering amount of evidence that shows the publishers and Apple were discussing ebook prices leading up to the January 2010 launch of the iPad and the iBookstore. It was during the unveiling of the iPad that Apple CEO Steve Jobs announced the prices for ebooks would be between $12.99 and $14.99. Jobs stunned reporters by suggesting he knew Amazon would no longer offer lower prices than Apple. "The price will be the same," Jobs said.

Heading into the trial, the DOJ appears to have the upper hand How did he know that? According to the DOJ, it was Jobs and Eddy Cue, iTunes' chief and the man in charge of internet software and services, who helped convince book publishers to switch to an "agency model" and pressured Amazon and other retailers to adopt it. The new model would enable the publishers to set ebook prices instead of the booksellers, who had decided the retail prices of books for over a century. The DOJ says it has proof that Apple not only sold the publishers on the strategy but also helped them share pricing plans with one another so they could be assured that they wouldn't be undercut.

At the heart of the government's case is a statement that Apple CEO Steve Jobs gave before his death in 2011 to his biographer. "We told the publishers: 'We'll go to the agency model, where you set the price, and we get our 30 percent, and yes, the customer pays a little more, but that's what you want anyway'."

Apple's attorneys have said that Jobs was just making a prediction. Critics say his statement reads more like a confession.

"Apple didn't have the monopoly power. Amazon did." Last year, when Judge Cote denied Apple's request to toss the case out, she said that that she didn't find it plausible that after 100 years, all the book publishers would switch to the agency model at the same time by coincidence.

Apple has always denied wrongdoing. The company's lawyers say the publishers acted independently and came to their decision to switch to the agency model on their own. Apple's lawyers noted that Apple never controlled ebook pricing; that was the publishers. Some legal scholars have spoken out in support of Apple, including Dominick Armentano, professor emeritus of economics at the University of Hartford and author of Antitrust and Monopoly.

"I see Apple's position as very pro competitive," Armentano said. "They come up with a superior platform. They make agreements that increase book sales, book sales explode dramatically. Apple didn't have the monopoly power. Amazon did."