It's worth noting that Diamond isn't the only "celebrity" on the UN's list of followers — Shakira and Ricky Martin are there, too — but she's certainly the most... curious. 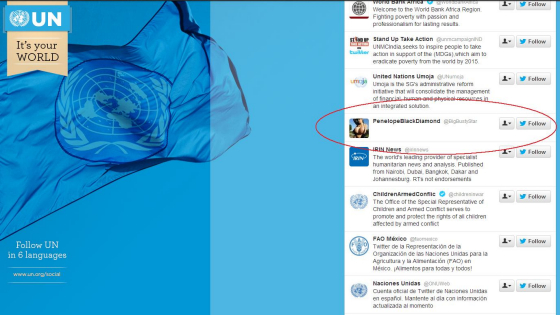 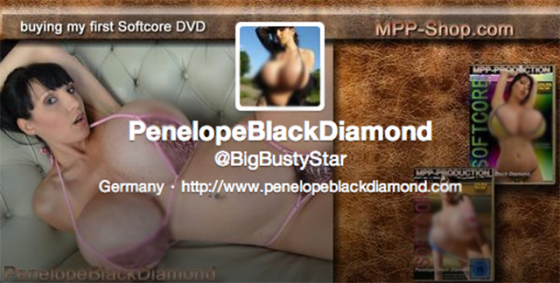 Update: It appears that the UN's account is no longer following PenelopeBlackDiamond, for better or worse.