New research could shed light on the science behind 'whoonga'

Three years ago, Sipho Molefe (not his real name) was a normal 16-year-old boy — an athletic, easygoing high schooler who was well liked among his peers in rural South Africa. Today, Sipho is unemployed, gaunt, and mired in a life of crime outside Durban, where he and untold others have been gripped by a drug known as "whoonga" — a potent and highly addictive mixture of marijuana, heroin, and, most shockingly, HIV medications.

"He has lost a lot of weight. He was a very fit and strong boy, and now he is thin and is sick," Sarah, Sipho’s mother, said through a translator in an email to The Verge. Sarah, 42, asked that her real name not be disclosed in this report, for fear of reprisal from local gang members and whoonga dealers. "He cries and hits his head when he cannot get whoonga ... He now steals my money, and has sold all his clothes just for the drug."

"He was a very fit and strong boy, and now he is thin and is sick."

Antiretroviral (ARV) medications have played an enormous role in stemming the spread of HIV across the globe, but when crushed up and smoked as whoonga, they can destroy lives. Users say the street drug creates intense feelings of ecstasy and euphoria — at least some of which may be attributable to the ARV drug efavirenz, according to new research.

This high comes at an enormous cost. According to experts, prolonged use can lead to stomach ulcers, internal bleeding, and excruciating withdrawal symptoms. When Sipho doesn't get his fix, his mother says, he can turn into a monster.

"He becomes mad," Sarah says. "He screams and shouts, and has hit me and my husband already when we tried to keep him at home and not go with the other boys."

Media reports have identified efavirenz as a critical component to whoonga, citing hospital robberies and anecdotes from former dealers. Known in the US by its brand name Sustiva, efavirenz is widely acknowledged as one of the most effective first-line medications in suppressing HIV, and is typically prescribed in conjunction with at least two other drugs. It's also readily available in South Africa, where the government supplies efavirenz free of charge for poor HIV patients.

Side effects could explain recreational use

Many have expressed doubts about the illicit use of efavirenz, citing inconclusive evidence on its psychoactive effects, but recent research suggests that the drug may be more potent than previously believed.

In a study presented late last month, Dr. John Schetz, a professor of pharmacology and neuroscience at the University of North Texas, found that efavirenz stimulates the same brain receptors that hallucinogens such as LSD act upon. His team's findings, currently under peer review, may explain why some efavirenz users experience side effects including night terrors, hallucinations, and suicidal depression; they may also explain whoonga's purported appeal to recreational drug users.

"The reasons patients experience these neuropsychiatric side effects are probably the same reasons people want to use [efavirenz] recreationally," Schetz said in an interview with The Verge.

He notes that further research is needed to more fully understand the impact of smoking efavirenz, as well as the drug's interactions with other substances. Based on his findings, though, he says efavirenz "almost definitely" has additive effects, enhancing the impacts of marijuana or heroin. 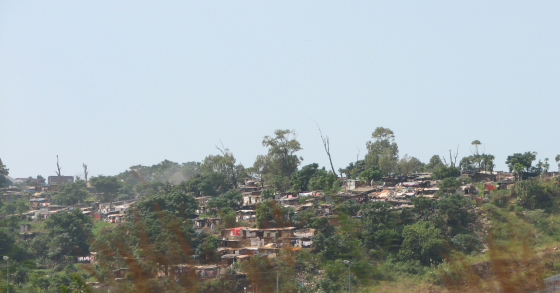 A township outside Durban, South Africa

Quintin van Kerken, director of the Anti-Drug Alliance of South Africa, says there's no doubt that addicts are lacing marijuana and heroin with ARV medicines, though it's difficult to gauge how pervasive the practice has become. The South African government does not keep official records on whoonga abusers, and many provinces don't have the resources to conduct chemical analyses of seized supplies.

A 2011 study from the University of KwaZulu-Natal found only scant traces of ARV medicines in seized whoonga samples. But Dr. David Grelotti, a researcher at the Harvard School of Public Health, says that as a synthetic street drug, its composition likely varies according to a number of factors.

"we don't really know what's in whoonga all the time."

"There's probably no confusion that whoonga is abused in South Africa, but there is uncertainty because we don't really know what's in whoonga all the time," Grelotti said in an email to The Verge. "What's in whoonga probably varies depending on what's available when it is being made."

"HIV medications are added to whoonga," he affirms, "but we don't have any idea how consistently this is happening."

Whoonga use isn't as nationally prevalent as crystal meth, though the drug appears to have taken more of a foothold in South Africa’s poor and predominantly black townships — particularly in the eastern province of KwaZulu-Natal, where peddlers sell whoonga for between 20 and 40 rands a joint (roughly, between $2 and $5). More recently, it's begun spreading to the economic hub of Johannesburg, as well.

In KwaZulu-Natal, South Africa's most AIDS-stricken province, there have been reports of dealers robbing HIV patients of their medication as they exit treatment centers, in addition to nighttime thefts of hospital ARV supplies. Others procure the drugs through less violent means, offering to purchase medications from destitute patients or corrupt hospital workers.

"It’s very much a poverty issue."

"Gangsters or dealers offer money to people who are HIV positive, many of whom come from poor rural areas," van Kerken explains. "And they accept it, because at the end of the day, they need to feed their families. It’s very much a poverty issue."

Experts say hospital robberies and patient muggings have thus far had little effect on AIDS drug supplies. As of 2009, an estimated 5.6 million South Africans were infected with HIV, more than any other country. In recent years, the government has embarked on a massive anti-AIDS campaign, expanding testing centers and subsidizing medical costs for its poorest citizens. 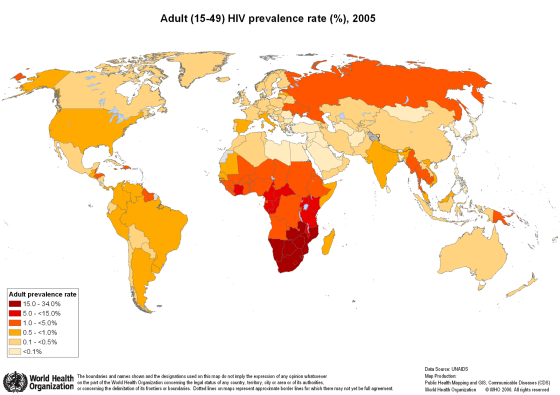 Cathy Vos, national coordinator for the government-funded South African National Council on Alcoholism and Drug Dependence (SANCA), acknowledges that hospital robberies have occurred in recent years, though she describes them as "isolated incidents." She also expresses skepticism about the psychoactive effects of efavirenz, arguing instead that dealers may have successfully tricked addicts into believing the drugs boost the high they get from whoonga — a sort of underworld experiment in placebo marketing.

But whoonga may still pose a fatal risk for those using it. Late last year, Grelotti coauthored an article in The Lancet, in which he argued that efavirenz abusers could soon become resistant to the drug. Should they later contract HIV, any treatment may be rendered ineffective.

"We worry and ask God to bring him back."

As he and others are quick to point out, efavirenz abuse should not be seen as a reason to abandon the drug altogether. It remains one of the most effective HIV treatments available, and one of the cheapest. Whereas doctors in the US could easily switch to alternative medicines, those in South Africa and other developing nations don’t have many other options.

"We must take great care not to blame patients for this problem," Grelotti says, noting that doing so would only exacerbate the stigma from which many HIV patients already suffer. "We should instead double our efforts to provide people with the care that they need."

He and others say doctors should be more stringent about handing out efavirenz, and that further research is needed to more fully understand the scope of its abuse. Until action is taken, the Molefes and other whoonga-stricken families can do little more than urge addicts to seek rehabilitation, and hope for the best.

"The family are scared of him. We all are," Sarah says of her troubled son. "He sometimes does not come home for many days. We worry and ask God to bring him back."