A web giant trades on its rough edges

By any reasonable measure, YouTube is one of the web’s giants. Google announced in March that the site was drawing one billion unique viewers a month, and a good video can help lift a performer like Justin Bieber or Psy to offline stardom. Now, YouTube is turning those view counts into a full assault on traditional television. In 2012, it launched partner channels with the likes of Vice Media and Machinima, and new paid channels may be on the horizon. Since last year, Google has even hosted a "Brandcast," its own version of television networks' "upfront" events meant to lure advertisers in for a new season with glitzy performances.

During this year’s Brandcast, Google brought on big names — including Macklemore and Snoop Dogg / Lion — and played up the theme of overtaking TV, frequently quoting a Nielsen finding that YouTube reaches more 18- to 34-year-old viewers in the US than any single cable network. But it also told another story, painting a picture of YouTube as a community of underdog nerds just looking for a voice.

At the Brandcast, Eric Schmidt opens by coining the awkward term "Generation C," a description that works just as poorly as Qualcomm’s "Generation M" to describe connected youth. From there, he quickly cedes the floor to actress and professional geek Felicia Day, whose "Geek & Sundry" channel has just entered its second year. Day frames her move to YouTube in terms of self-expression, showing the audience a younger version of herself dressed as a mime.

"I didn’t realize the things I were into weren’t cool," she says, describing how she moved from mainstream Hollywood to the weirder world of YouTube. "Dubstep violinist" Lindsey Stirling echoes Day’s sentiment, recalling her feelings after being rejected from America’s Got Talent: it was just "one more person telling people I wasn't good enough." She would go on to make one of the most-watched YouTube videos of 2012. 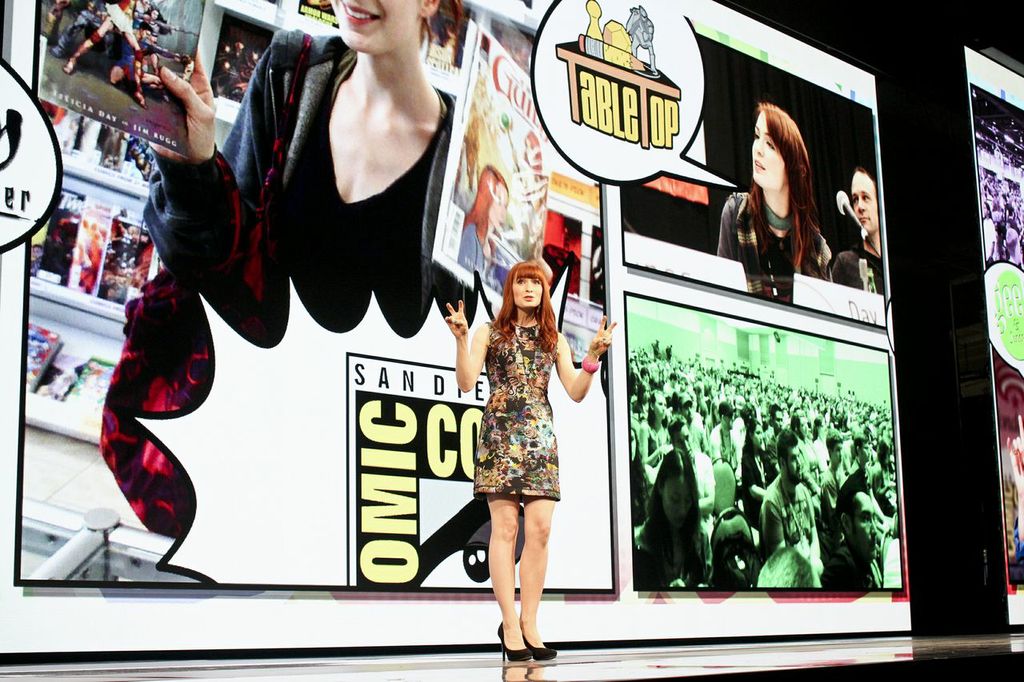 The story YouTube tells is one of outsiders coming home, where they can find a group of like-minded people. After all, far more than traditional television or even video competitors like Hulu, communication is what YouTube has to offer. Videos can be shared endlessly, and YouTube has worked to integrate Google+ social tools. You can "like" or "dislike" videos. But most noticeably, readers can talk back in comments or reactions.

Hearing YouTube talk about its comments is almost surreal, like you’ve stumbled into an alternate universe. In my everyday life, "YouTube comment" is a shorthand for illiterate bigotry or paranoid anger — the best you can hope when diving into them is that they won’t actively make your day worse. But at the Brandcast, they’re everywhere. The image of a cursor blinking over some variation of "I love this!!!" permeates presentations, underscoring what YouTube calls the benefits of working with Generation C.

The image of a cursor blinking over some variation of 'I love this!!!' permeates presentations

"What I got wrong is that I thought YouTube is like TV," says global head of content Robert Kyncl of his early days with the site. "TV is one-way. YouTube talks back ... TV means reach, YouTube means engagement." Day’s take is more colorful — she says that comments (from praise for her show The Guild to comments on her nose) are part of what drew her into YouTube: "‘Show me your boobs!’" she laughs, paraphrasing one. "I was hooked." 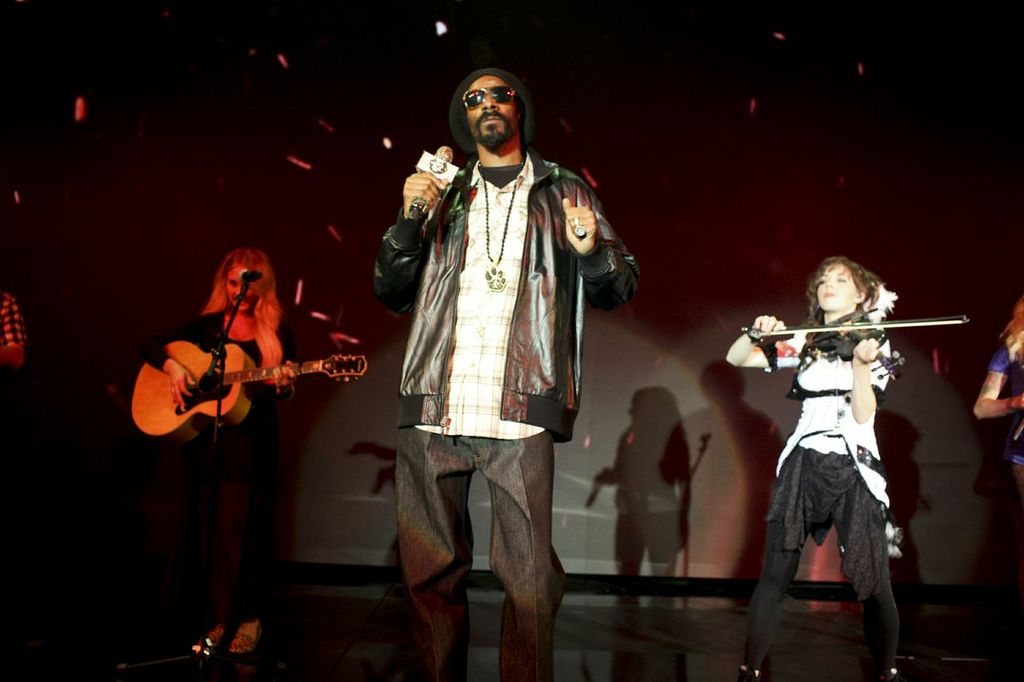 Many of Day’s comments are actually positive: there’s definitely noise, but there’s also a sense of dedicated fandom. That’s hardly true across the board on YouTube, though, and even supportive comments rarely add up to a conversation. But their presence gives creators what Kyncl calls "immediate real-time metrics," letting them see which jokes get quoted and what grabs commenters’ attention.

"You have to participate in cultural moments."

The roughness of comments also points at another of YouTube’s selling points: "authenticity," a word several speakers use to describe what they brought to the table. "Our fans value authenticity and passion more than anything," says Day. In addition to partnering with YouTube’s existing artists, advertisers are urged to create their own channels — but they’re cautioned to make videos seem organic and responsive, not just standard-issue commercials. "It is about leaning in," Kyncl says, pointing to a Simpsons clip in which characters do the Harlem Shake or a McDonalds video that shows why its burgers always look better in ads. "You have to participate in cultural moments."

YouTube has spent the last few years moving from a home for amateur video clips to a polished destination for professional content, and it’s trying to get advertising to match, allaying the worries of producers who say they aren’t making enough to cover costs. Now, it’s doing so by playing on its unfiltered, slightly rough-edged image. The switch in power from TV to streaming has "already happened," says Schmidt. But while fellow streaming site Netflix may be trying to overtake HBO, YouTube wants advertisers to know it’s never going to be like television.