Flamboyant SoftBank CEO — and Sprint suitor — Masayoshi Son strode onto a Tokyo stage this afternoon to unveil his latest scheme to attract Japanese subscribers. SoftBank Healthcare is an unusual contract bolt-on that attempts to leverage the rise of personal fitness devices with the carrier's self-professed expertise in cloud and customer services. For ¥490 ($4.94) a month, you get access to 24-hour healthcare advice over the phone from SoftBank's team of medical specialists, along with the use of an app that tracks your activity data. Most surprisingly, that data will come from a free, subsidized Fitbit Flex, marking the fitness wristband's debut in Japan.

The deal comes with a few catches. SoftBank says that the regular Fitbit app won't work with the provided band; you'll have to use the carrier's own software, a proprietary app with selling points such as the esoteric Timeline feature, which visualizes the aging effect that a lack of activity will take on your visage. The app will only run on the iPhone 5, 4S, and Sharp's new Aquos Phone Xx 206H, which was also announced today. There's also no word on whether the band will be compatible with Fitbit's own open API for exporting data. And, while SoftBank Healthcare offers a way to pick up a Fitbit Flex without the initial $99 outlay required in the US, the plan can really be thought of as akin to a mobile phone contract — cancel within two years, and you'll have to pay a ¥7,500 (about $76) early termination fee. 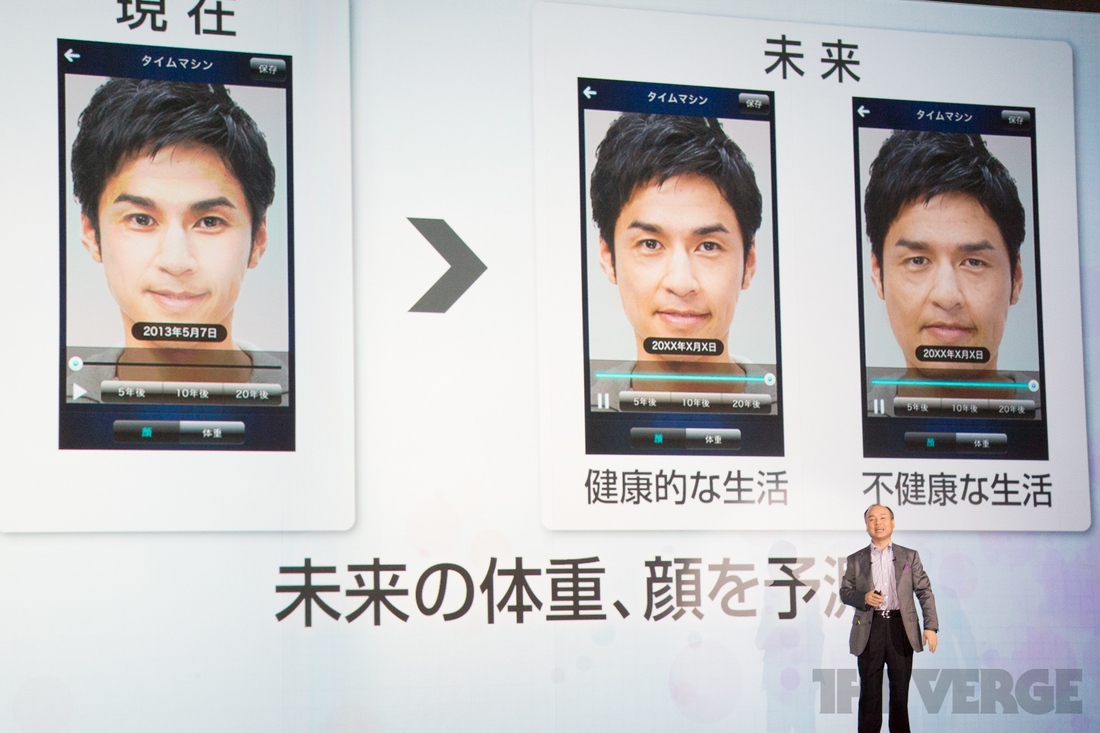 Still, SoftBank Healthcare sees the carrier getting ahead of a growing trend in mobile. Samsung has made the most notable splash to date with its S Health service on the Galaxy S4; the phone's built-in pedometer and other sensors let owners track their steps, diet, and more. Similar features have been offered on Japanese smartphones for several years — handsets like SoftBank's own Aquos Phone 104SH also included a pedometer, for example, although the software hasn't been anywhere near as robust.

The latest breed of fitness devices is yet to really take off in Japan; Nike hasn't released its popular FuelBand in the country, and the Jawbone Up just came out last month. But SoftBank Healthcare could provide a compelling route for Japanese customers to get on board. Son said today that the healthcare service is in keeping with SoftBank's stated goal to "bring happiness to people through an information revolution" — and after driving local adoption of the iPhone, it wouldn't be the first time he's made a Japanese hit out of a product from afar.