Everything, Zen: can you be a monk and a tycoon too?

Share All sharing options for: Everything, Zen: can you be a monk and a tycoon too?

For the tech sector, spiritual healing typically means a couple of weeks at a beachside yoga camp — paid for by the company, of course. Not for Jeremy Riney, founder of Guidebox, a service that tracks where new episodes of TV shows are available on the web.

Riney had already lived the Silicon Valley dream. He drove a BMW and a Mercedes. He lived in a chic Menlo Park apartment. The company Riney previously founded, Project Playlist, boasted 50 million users and more than $20 million in funding. They had a rockstar CEO in Owen Van Natta, the former Facebook COO. The service was supposed to be the next big thing in music.

But by 2008, it all started to collapse. Three of the four largest music labels filed copyright lawsuits against Project Playlist, and rumors started to circulate about Riney. According to some, the angst and pressure of fighting the case triggered a mental breakdown. One tech entrepreneur, who requested anonymity, said he heard that after Project Playlist went bankrupt in 2010, Riney left all his possessions behind and went to live in the wilderness with some kind of religious order.

Not surprisingly, many of the rumors are untrue. What is true is that the labels sued Project Playlist out of existence. It is also accurate that Riney joined a monastery with the intention of becoming a monk.

Certainly, that's not a path well traveled by tech entrepreneurs. While Apple cofounder Steve Jobs famously sought enlightenment at an Indian ashram, religious pursuits just aren't common in an industry teeming with analytical programmers and cynical venture capitalists. But for Riney, his only pursuit during the 18 months he lived in a monastery was to forge a closer relationship with God. He went from attending parties with tech luminaries to attending prayer services for five hours a day, from writing code and negotiating multi-million dollar licensing deals to making candles out of melted beeswax. 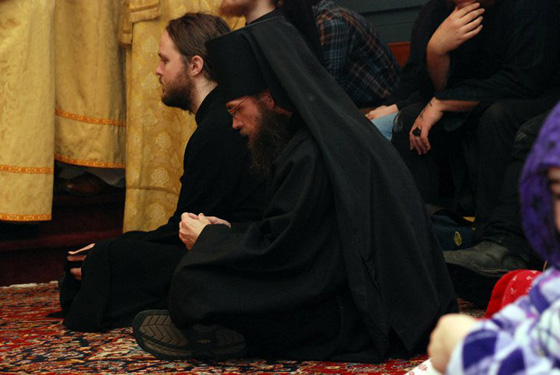 Project Playlist started out as a widget. Riney, now 31, founded the company in 2006 so he could post more music to MySpace. The service enabled users to hunt for free songs available online — often pirated — and organize them as playlists that could then be embedded on their MySpace pages where others could listen. The service caught on during an era when several of the best-known music startups, including Imeem and Grooveshark, were helping consumers share tracks while trying not to get sued into oblivion.

Project Playlist grew quickly, but in May 2008 some of the largest record companies filed copyright suits, accusing Playlist of helping to distribute unauthorized songs. Riney didn't flinch; big-time investors were showing interest. Bob Pittman, the former CEO of MTV Networks as well as Aol, eventually became part of a $20 million funding round. The company continued to grow as Riney tried to negotiate licensing deals with the labels. The litigation would work itself out, or so Riney thought.

But amid all the success, Riney said he felt something was missing. "I experienced the highest of the high, and it wasn't that exciting," Riney said of his success in the startup world in an interview with The Verge. "I met all these successful people and they didn't seem any happier than I was. I wanted something more."

"He got disenchanted with the emptiness of that life. I think a lot of people have a hard time admitting to their emptiness." Though he was raised a Baptist in a small town in Illinois, Riney's conversion started with a random visit to an Orthodox church. The American Orthodox Church can trace its roots to the Russian Orthodox Church, the second largest Christian group in the world after the Catholicism. Riney found the religion in many ways more akin to Buddhism than to the forms of Christianity he had known. After meeting some of the monks, he was struck by their faith, and says he felt at peace among them. In the fall of 2008, as he grew increasingly disenchanted with Silicon Valley, Riney began to search for a monastery to join.

"He got disenchanted with the emptiness of that life [in Silicon Valley]," said Karen Katz, one of the executives who helped Project Playlist get off the ground. "I think a lot of people have a hard time admitting to their emptiness. I think a lot of people get caught up in trying to find a more beautiful girlfriend, driving the fancier car, and making more money because that's how success is measured in the Valley. Jeremy was an evolved soul and he always said, ‘I tried the lifestyle but at the end of the day it's God.’ He still believes that and I respect that a lot." 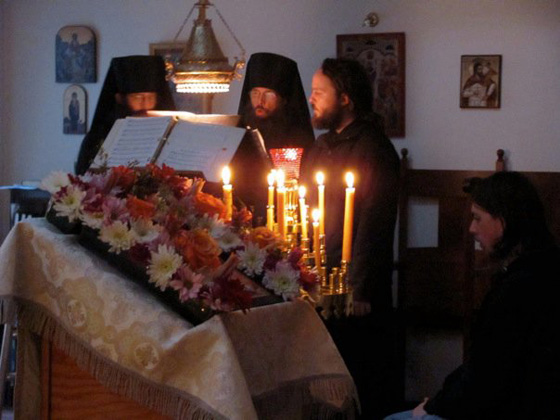 If his religious conversion seemed peculiar to his tech friends, it was just as strange to the monks. When Riney's black Mercedes C350 skidded to a stop in the parking lot of the Monastery of St. John in Manton, CA, about a four-hour drive north of San Francisco, the monks didn't know what to make of him, said Father Nektarios. Internet entrepreneurs weren't lining up to put on the robe. "It's safe to say," Nektarios told The Verge, "our cars weren't Mercedes."

The lifestyle change was drastic. Riney grew out his hair and beard. He worked in 100-degree heat wearing a heavy cotton robe. Most days typically started with a three-hour prayer service (the monks are expected to stand for nearly all of it). They also pray midday and again at night.

During Lent, there is continuous kneeling and numerous prostrations, such as lying flat on your face. "You're not lounging on some church pew," Riney said. "It was a workout." On Mondays, a hush falls over the monastery. No one is allowed to talk. At his most disciplined, Riney managed to stay quiet till noon. "I'd blurt something out," he said. "I couldn't help it."

"Most monks fantasize about eating a steak. I fantasized about starting companies." Even on their own time, the monks are expected to study the gospels. "It sounds monotonous, like a boring existence," Riney said, "but the things that are really going on are internal." He said he understood he made a breakthrough when a few Silicon Valley types visited the monastery and someone told them about Riney's background. Intrigued, the group wanted to speak to the techie monk. About the meeting, Riney said, "I recognized in them what I used to be. They seemed stressed, disturbed, self conscious. I realized that I didn't feel that any longer."

But that visit was a harbinger of sorts. Riney learned it wouldn't be easy to separate himself from his old life. Monks must take a vow of poverty and give up all their possessions, but the entrepreneur couldn't get rid of his shares in Project Playlist because of the lawsuits hanging over the company. In December 2008, during a visit to a monastery in Ohio, Riney was woken and informed he had an emergency phone call from some Playlist engineers and CEO Van Natta. 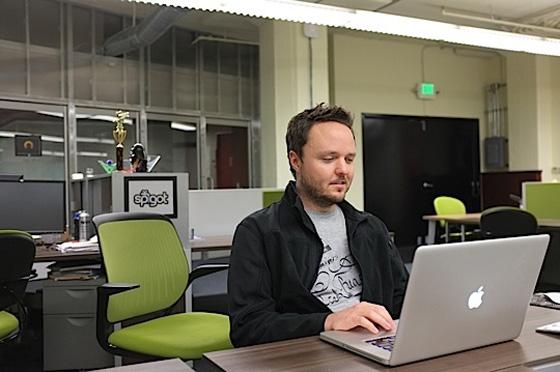 Things were bad. Under pressure from some of the top record labels, MySpace had blocked access to Playlist's widgets. At the time, MySpace was still a social-networking powerhouse and the ecosystem that fueled Playlist's growth. Van Natta said the obvious: without MySpace, Playlist was doomed. Soon after, the company began hemorrhaging money and employees.

Riney travelled back and forth from San Francisco and the monastery, trying to help save the company. At about this time, he began to have doubts about becoming a monk. "Most monks fantasize about eating a steak," said Riney, who noted that the monks in his order were vegetarians. "I fantasized about starting companies."

In the summer of 2010, Playlist filed for bankruptcy protection. Riney said the plan was to keep the service running and eventually bring the company out of bankruptcy. For more than year, as he worked on resurrecting Playlist, he straddled his business and spiritual life. He even attempted to buy a house next to the monastery, but eventually, he realized it was all or nothing. In January 2012, Riney moved out of the monastery for good and headed back to San Francisco. Ultimately, he also made a clean break from Playlist, which never made it back from the brink. In February, the company's assets were finally sold.

"I don't have to lose the message of the monastery." Still, he needed a way to reconcile his spiritual and business goals. As a monk, he was expected to be absolutely forthright. In business, "you can't always show your cards," he said. Riney sought help from the abbot of the monastery, who told him that if the rules of business were legitimate and legal then it wasn't a sin to abide by them.

How would the abbot feel about piracy? "Thou shalt not steal" is one of the Ten Commandments, and the labels accused him of pilfering music.

Riney doesn't see it that way. He said he always believed Playlist operated within the law. Nonetheless, he said he wouldn't launch a company that brought him that kind of conflict again. His new company, Guidebox, only links to authorized content.

"I'm super excited to be back in Silicon Valley," Riney said. "I'm much better prepared for my next gig … I found a center to go back to. When I get stressed or get anxious I can go back to that spiritual center. But it's an ongoing struggle to try to bring the spiritual practices I learned at the monastery into the real world."