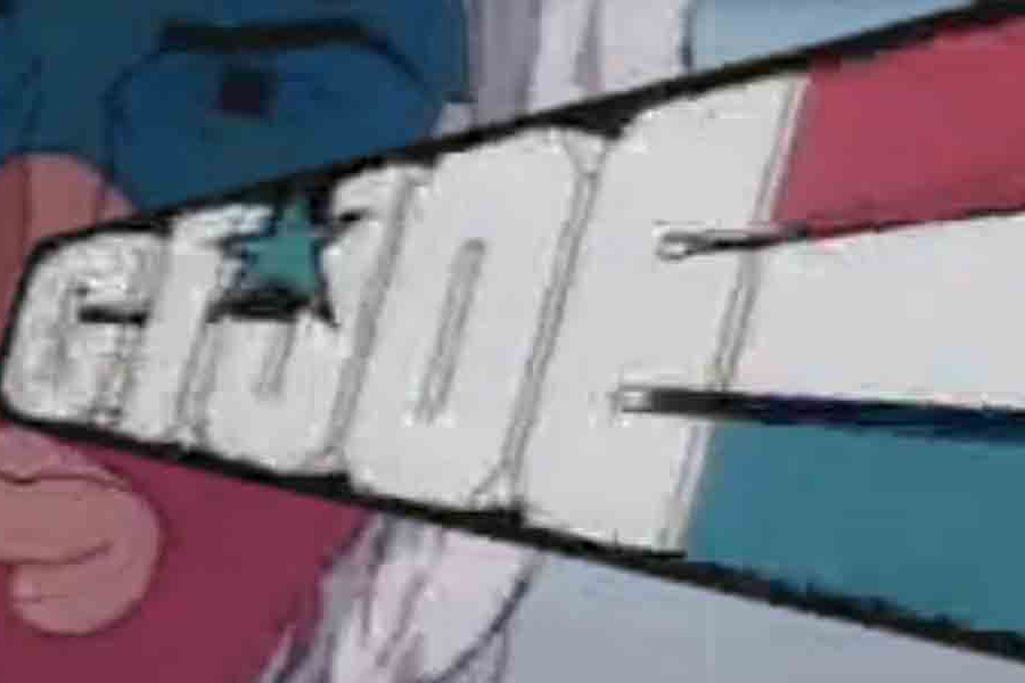 2003 was an important year for American culture: Baghdad fell, the Human Genome Project was completed, Britney and Madonna French-kissed at the MTV Music Video Awards. And no less significantly, at least as far as internet culture is concerned, it was also the year of the “GI Joe PSAs”: 25 weird, short videos made from re-edited versions of ‘80s GI Joe cartoons. Before YouTube, Facebook, and Twitter were alive to launch a meme in a minute, the GI Joe PSAs went “viral” in a time when that idea didn’t even exist.

Created by a young, Chicago-based aspiring filmmaker named Eric Fensler, the series was constructed out of the public service announcements that were originally tacked on to the end of each show (which ran from 1985-1986), instructing viewers not to play around construction sites or leave stuff on the stove unattended. But in Fensler’s tweaked versions, the GI Joe characters drop bizarre non sequiturs in voices and accents not their own. (For instance: two kids approach a downed power line and are stopped by Roadblock, who pulls up in a Jeep and purrs, “Who wants a body massage?”)

Although there were earlier breakout online videos, “Baby Cha-Cha” for instance (1996), The GI Joe PSAs stand out because they don’t seem dated. They’re still just as funny and weird now as they were then. In fact, their impact can be felt in TV shows, commercials, and music videos being made today. And looking back at them a decade later reveals clues about the mystery of the viral video.

A meme is born

A meme is born

Eric Fensler didn’t set out to make a meme. Twenty-six years old in 2003 and working at a Chicago commercial post-production house, he made little movies on the side. Cartoons from his youth were a particular obsession: he loved The Ren & Stimpy Show so much that he’d record the show’s audio and listen to it in his car. After rewatching GI Joe: The Movie on DVD, he got the idea to do something with the public service announcements, which were extra features at the end of the movie. A friend helped him crack the DVD’s encryption so they could edit the PSAs.

“I would just dump all the footage in there, watch it with the sound off, then kinda go from there,” says Fensler.

His friends were enlisted to do the voiceovers, sometimes receiving specific instructions, other times just riffing. In one segment, a boy slides across a frozen lake and hurts himself, while his two friends watch in horror. Snow Job arrives, as if to help, and says, “’Give him the stick!” then, inexplicably, “DON’T give him the stick!” in a Cockney accent. The segment quickly ends, with Snow Job singing a sustained: “Aaaaahhhhh!”

“All Eric told me to say was ‘Give him the stick / don’t give him the stick’,” remembers Fensler’s then-roommate P.K. Hooker, an LA-based sound effects editor, who played the part of Snow Job. “To this day, anytime anybody realizes I was one of the people who did this ancient internet meme, they ask me to do the voice.”

Fensler’s friend, Doug Lussenhop, now an editor for the show Portlandia, helped with the first GI Joe PSAs, then got them screened at an art gallery in Chicago called Heaven Gallery. As Fensler and his friends made more of the videos, there were more screenings, which became increasingly packed with fans. Fensler handed out VHS copies of the shows to people who asked, then the gallery uploaded them to its webpage. The traffic they generated crashed its server. After that, the PSAs were picked up by two entertainment sites that were popular at the time, eBaum’s World and Heavy.com. Articles were written.

Q: If you could design a cool toy, what would it be?
Fensler: A special pill you take that expands in your mouth as flavored foam… so it looks like you’re barfing.

In September of 2004, Hasbro sent Fensler a cease-and-desist order.

It was official: the GI Joe PSAs had gone viral.

Certain phrases became famous. Fensler later sold T-shirts printed with the words “Pork Chop Sandwiches!”, a line from one of the segments.

“We were just friends who knew each other on this dorky level, and half of those jokes are from us playing video games and joking around,” says Fensler’s friend Mat Biscan, who helped with a few episodes. “It’s really weird to hear people quoting these inside jokes.”

Riding on the success of the videos, Fensler, Hooker, and Lussenhop decided to seek their fortunes in LA. Fensler found himself pigeonholed.

“People saw me as this person who remixed cartoons, and I’d get a lot of requests to do that,” says Fensler. “But that’s not the only thing I wanted to do.”

In that vein, he made some animated promo spots for Sealab 2021 on Cartoon Network’s Adult Swim and a full episode that never aired. He tried and failed to make a live-action soap opera with mannequins called Sunset Feelings.

But their luck turned around in 2004, when Lussenhop answered a Craigslist ad for an internship on the Adult Swim show Tom Goes to the Mayor, and struck up a friendship with its creators, the comedians Tim Heidecker and Eric Wareheim. Lussenhop became their writing / editing collaborator, and hooked Fensler up with a writing gig on their next venture, The Tim and Eric Awesome Show, Great Job! Fensler stayed with the show for five seasons, and collaborated with Tim and Eric on subsequent projects, such as the risqué Flying Lotus music video, “Dance Floor Dale,” which also went viral. 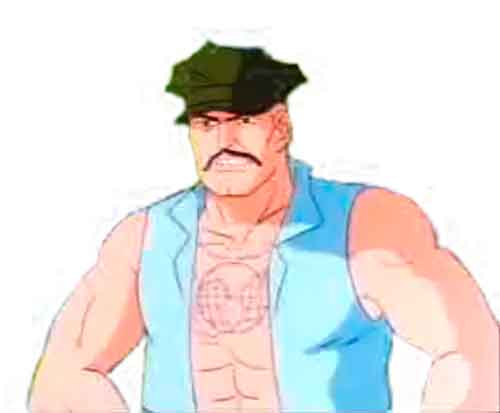 For the last two and a half years, Fensler has been working in the creative department of the Portland, OR advertising agency Wieden + Kennedy, best known for the Nike “Just Do It” tagline and the Old Spice campaign.

“He keeps a very low profile,” says Robin Rosenberg, Wieden + Kennedy’s creative resource manager. “It’s not like I’ve taken a poll, but I would guess that most people here, even though they’re familiar with the GI Joe PSAs, don’t know Eric made them.”

The GI Joe PSAs occupy a uniquely liminal space between traditional word-of-mouth sharing and the dawn of mass online sharing, as they were initially screened and distributed at the art gallery, but then also were shared online. “The screenings were really the origin of how it happened,” says Hooker. “Human beings showing up to an actual place in an actual room.”

But it’s a pretty good bet they would have gone viral without the person-to-person jumpstart.

“People respond to seeing familiar images with a weird voice or something non sequitur thrown in, and GI Joe had that formula,” says Lussenhop. Recently, Lussenhop and Eric Wareheim released a video with an original rap about hippie pubic hair called “Backpacker Bush,” that has yet to crack 100,000 views – not exactly “Gangnam Style.”

“We came up with the idea for this on a trip to New Zealand, and of all our videos, we would have put all our chips on this one going viral,” says Lussenhop, who also writes and stars in his own video series, Pound House. “I think if we’d had 50 Cent rapping, maybe it would have, but we didn’t have that familiarity quotient.”

Fensler insists that he “didn’t really crack the code” on what makes a video viral, but his protestations provide a decent directive. “I didn’t really set out to do all those things. I make stuff I enjoy, and I have a sense of what surprises me,” he says. “Why not just make something that you like?”