Disney is sending viewers into the cultural mashup of San Fransokyo for its animation studio's first take at a Marvel property, an adaptation of Big Hero 6. The comic was originally about a supergroup of Marvel superheroes, but under Disney's vision, the team is new to crime fighting and led by a young boy with an aptitude for building robots. The film takes place in a shining, moody city, and it has the company using 3D-visuals more akin to the world of Wreck-it Ralph, its latest film, than the classic hand-drawn fairy tales that it's known for. Big Hero 6 is being described as a comedic adventure, and the company's plan is to have the picture out in theaters on November 7th of next year.

Pixar-founder John Lasseter has been working to return Disney's animation studio to its former heights since he came over to the company in 2006. Part of that effort has resulted in the studio creating new hand-animated pictures, as well as pictures featuring the style and tropes of its classic films. While Big Hero 6 doesn't appear to work with that plan in an explicit way, the Los Angeles Times reports that Disney sees it as a perfect fit. The company believes that the comic is a smart property, and that its obscurity will allow the studio to really leave its mark. 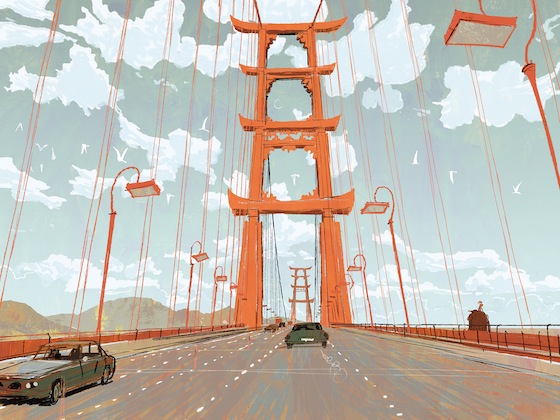