The PC industry is in the midst of a dramatic decline. Desktop and laptop sales have been steadily falling for years, and PC makers are scrambling to figure out how to reshape their businesses in this so-called post-PC era. But Min-Liang Tan, the outspoken CEO of Razer, is arguing that the freefall doesn’t need to take place.

"Lots of people have been talking about the death of the PC recently," Tan told The Verge in an interview. "We don't think the PC is dying." Rather, what's killing the PC industry isn't the PC itself, but PC makers, he says, pointing to Razer's two-year-old Blade laptop lineup as an example of the sort of innovative products that HP, Dell, and other major computer companies aren't producing. On Thursday, Razer updated its Blade laptop line refreshing its 17-inch model and adding a beautiful, carefully-designed 14-inch laptop that happens to look a lot like a matte black MacBook. "It's been a long time since anyone's been passionate about a PC," the executive says. "HP's doing a horrible job with it. Dell's doing a horrible job with it. They just don't want to do anything with the PC anymore. Look, HP tried to get rid of their PC division and Dell said 'we're not a PC company anymore, we're now an enterprise company.'" Tan's complaint that HP, Dell, and other PC rivals are no longer innovating isn't entirely fair. Many PC makers follow Apple's aesthetic lead.

In the middle of this mess, Tan says that Razer, a company known mostly for gaming mice and keyboards, is finding an opportunity to enter the PC market. And in the process, the company is running into a level of success it isn't able to keep up with, he says. While Razer isn't disclosing sales numbers, Tan says the company can’t build Blade laptops and Edge tablets fast enough to meet demand. "For us, when we entered this space, it was crazy," Tan notes. "It makes absolutely no business sense. It's a thin margin business. But for us, we're building products that we want ourselves. And the fact that when we launch a product, for a company as small as ours, and we get so much attention as we did for the Blade two years ago — and we're still getting attention — it's not a matter of extending our brand. It's just us building products people really, really want." People nowadays still want phones and tablets, but they still want PCs too, he argues. What consumers don't want, however, are the sorts of computers HP, Dell, and other major players are putting out, Tan claims. 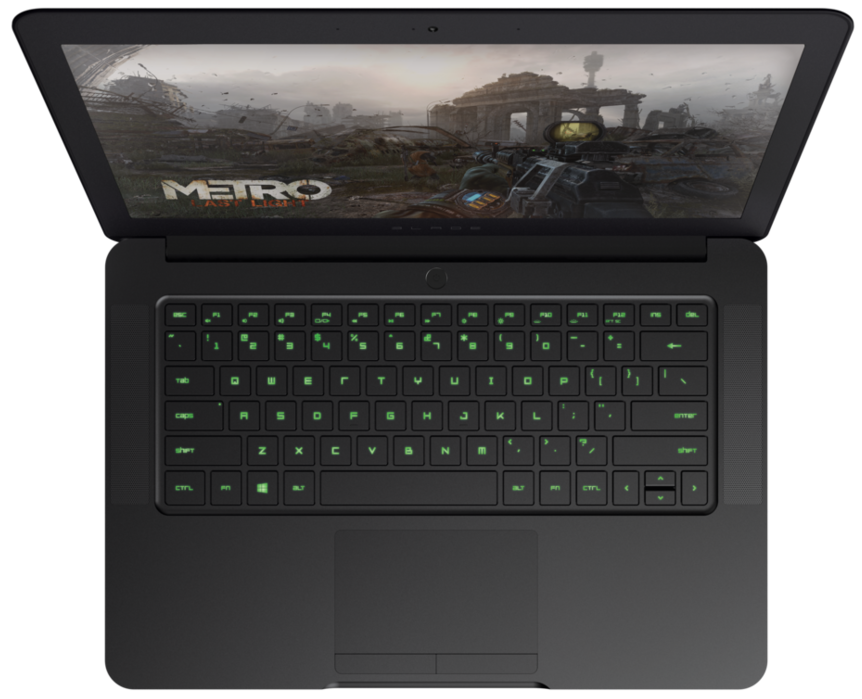 "It doesn't make sense that a company like ours should be pushing the envelope," Tan says. The CEO — who is also the company's creative director, overseeing the design of every product the company puts out — wants to remake the PC industry. But Razer certainly isn't the first to attempt it. Two years ago — about the same time the first-generation Blade laptops rolled out — Vizio sought to redefine the PC business with its own line of mass-market laptops and desktops. But Vizio's PC business has failed so far to match the massive success of its TV efforts. 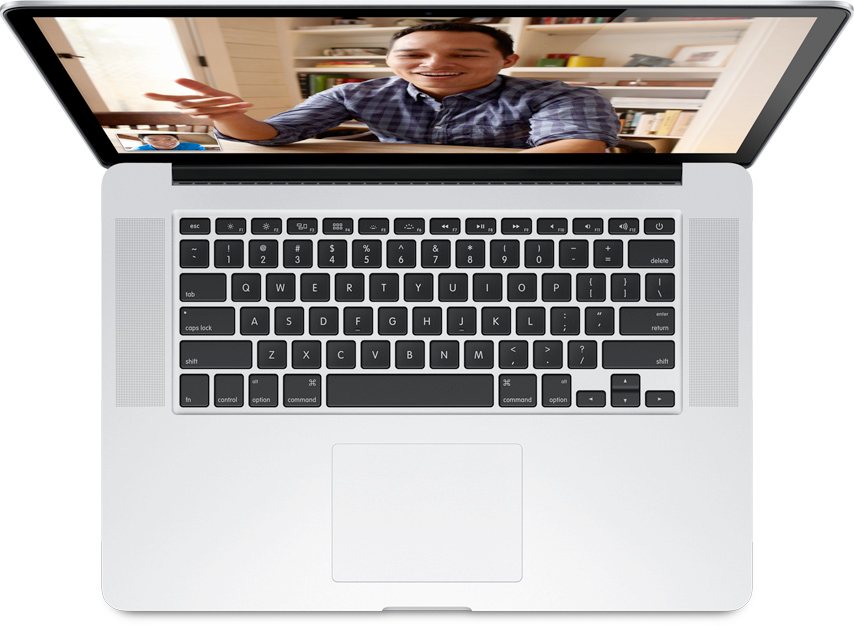 In the '90s, Voodoo PC built high-end desktops and laptops with gamers in mind. HP bought Voodoo in 2006. But by 2010, HP gave up on Voodoo, and Voodoo's influential founder Rahul Sood left HP for a post at Microsoft working with startups. Essentially, Voodoo and Sood worked toward the same goals that Razer and Tan are reaching for now. Both companies and entrepreneurs have a desire to rebuild the PC market and both looked to gaming PCs to work toward the realization of their vision. Sood, who has described Razer as picking up where Voodoo left off, now sits on Razer's board of directors. After joining Razer's board, Sood told Tan he should never sell his company. 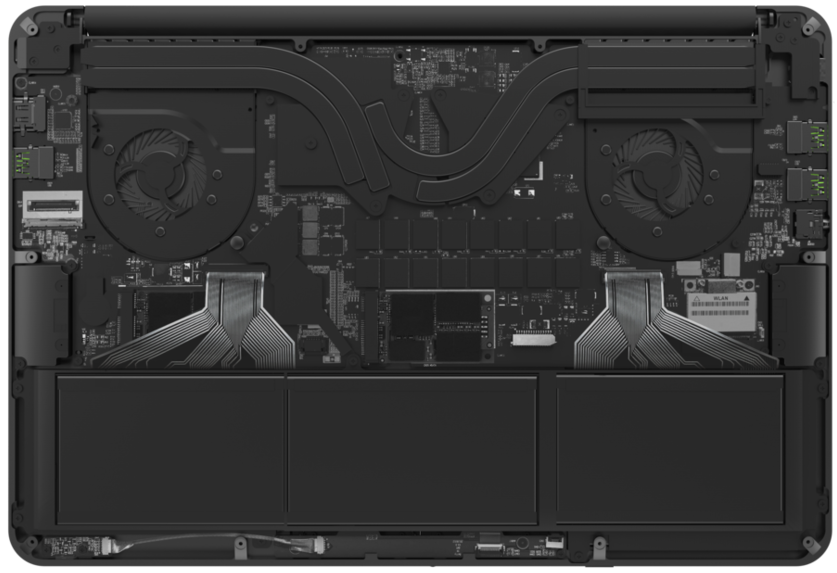 Inside the Razer Blade

While Voodoo and Sood are clearly inspirations for Razer and Tan, Razer's PC business is also building on the example — and business decisions — of Apple. When Sood joined Razer’s board a little more than a year ago, he wrote in a blogpost that Razer has built a community of "evangelists all over the world who live and breathe their products very similar to Apple in their early days ... the small community Apple once fostered because a movement that helped make them who they are today." The Apple comparison isn’t lost on Tan. "I love Apple products," he says. "I think they do an incredible job in terms of industrial design. But, for us, it's also been an issue of creative professionals coming to us after Apple moved out of the 17-inch space." After Apple discontinued the 17-inch MacBook Pro last summer, Razer saw an increase in orders from developers for its 17-inch Blade laptop — now called the Blade Pro, he noted. 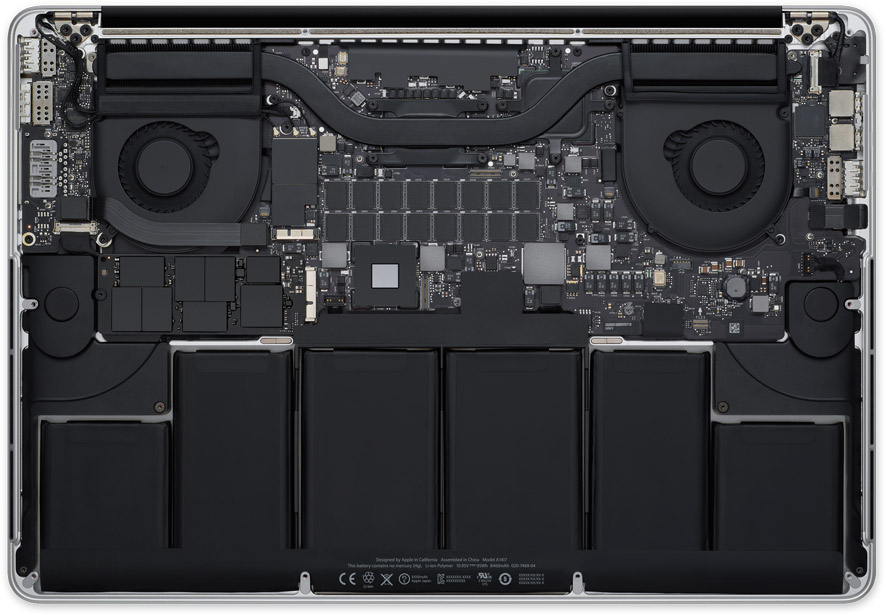 Both Apple and Razer build their respective hardware with bespoke parts, rather than off-the-shelf components that many PC rivals use. "Because of the way we've designed our laptops and tablets, CNC machines are required, and they're all precision tooled and engineered," Tan says. "It takes a lot of time to produce a single unit." Razer had plans to sell its Blade laptops globally, but so far, it's only been able to address North American demand, he added. "We're great at design, but we’re probably not very good at operations and we’re working on that," Tan says.

"We don't have a great profit margin."

Unlike Vizio — but very much like Apple — Razer is aiming decidedly high-end with its laptops and tablets. The 17-inch Blade Pro starts at $2,299. The 14-inch Blade will start at $1,799 when pre-orders begin on June 3rd. And the Edge tablet starts at $999. Despite the high prices, Razer isn't making much money on its PC business as of yet, Tan says. Instead of worrying about profits, Razer builds the sort of devices its employees wish other companies would build, but aren't. "Our focus has always been to build great products. We don't have a great profit margin, I'll be candid about it. But is it fucking cool? Yeah, it is."