Apple heads into the second week of the ebooks antitrust trial on the heels of a courtroom victory. Last week, a Google executive took the stand to testify on behalf of the government; Orin Snyder, Apple's lead counsel and one of the country's top trial lawyers, chopped his credibility into sushi.

It's worth revisiting because lawyers from the US Department of Justice, who allege that Apple conspired with a cabal of big publishing houses to raise ebook prices in 2010, somehow failed to anticipate the mismatch that would occur when Snyder questioned Thomas Turvey, Google's director of strategic partnerships. Turvey got drubbed on the witness stand and the prosecution's lawyers should have seen it coming. Snyder is not yet the household name that David Boies or Alan Dershowitz are, but he's speeding in that direction.

"So now you said 'likely' told. Do you recall just using those words?" Snyder, 50, has won big cases for Cablevision, Warner Bros. Music Group, and Capital One Financial Corp. He's become a favorite in the entertainment industry and represents such marquee clients as Bob Dylan, Jerry Seinfeld, and The Rolling Stones. He told The Hollywood Reporter in 2011 that celebrities favor "a warrior who thinks outside the box." Snyder, who works for mega law firm Gibson Dunn, has also proven himself in the tech sector. As counsel to Facebook and the company's founder Mark Zuckerberg, Snyder challenged the authenticity of the emails that businessman Paul Ceglia alleged were written to him by Zuckerberg, emails Ceglia claimed proved he owned 84 percent of Facebook. Instead of becoming a billionaire, he was arrested last year and charged with fabricating evidence.

When Cablevision sued the Dish Network for pulling the plug on a high-definition TV service it hired Snyder, who eventually convinced the court that Dish managers destroyed the evidence. According to reports, that led to a settlement in which Cablevision walked away with $700 million. 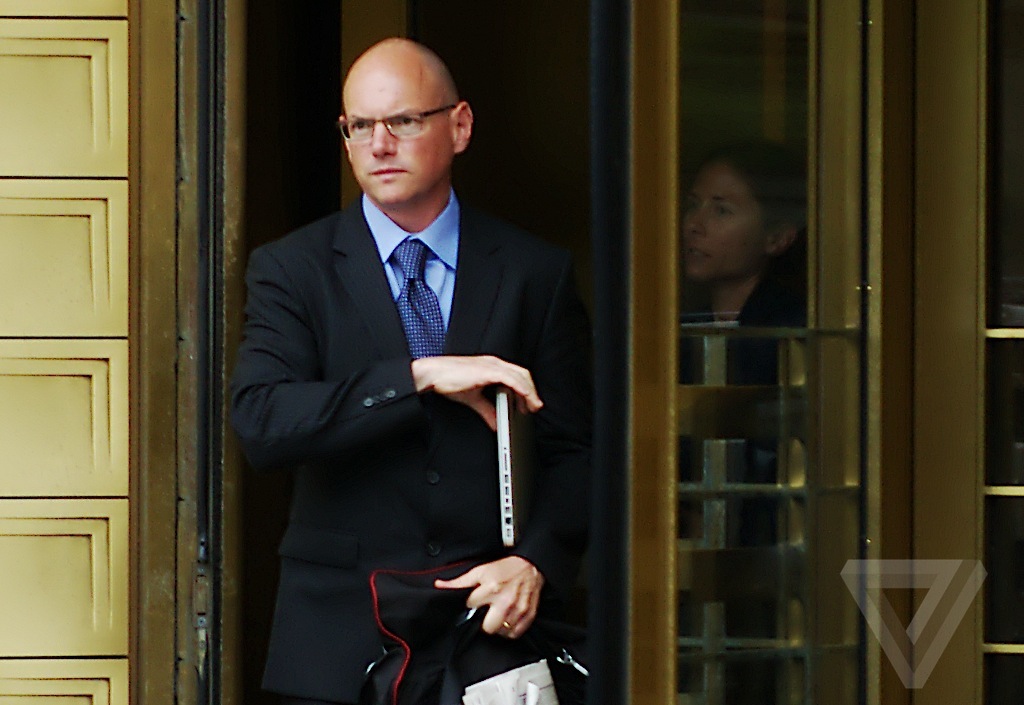 Did Snyder have reservations about the rough-and-tumble legal tactics? Not according to an interview he gave Law360.com, a legal trade publication: “We had a take-no-prisoners approach to the litigation," Snyder said. "That was a scorched-earth litigation from the moment I took over the case."

So is this the kind of guy the DOJ wanted to take a shot at someone like Turvey? At best, the Google executive was utterly unprepared on the witness stand. At worst, he didn't know what he was talking about.

Turvey, who in early 2010 was trying to help get Google's ebook business off the ground, testified on the stand and in an affidavit that the publishers had told him directly they were switching business models because of their deals with Apple. This was supposed to help prove that Apple was pushing the book publishers to adopt a business model that would force Amazon to give up control of its ebook pricing. The government claims that Apple wanted to eliminate Amazon's ability to discount and thereby remove one of its most important competitive advantages.

DOJ lawyers rose to object but it was too late. The damage was done. Google or the DOJ had enabled Snyder to potentially undermine what appeared to be strong evidence against Apple.

He also made comments that his Google bosses may have found embarrassing. When Snyder asked him if he considered Google to be a powerful force in media and entertainment, Turvey blurted out "no."