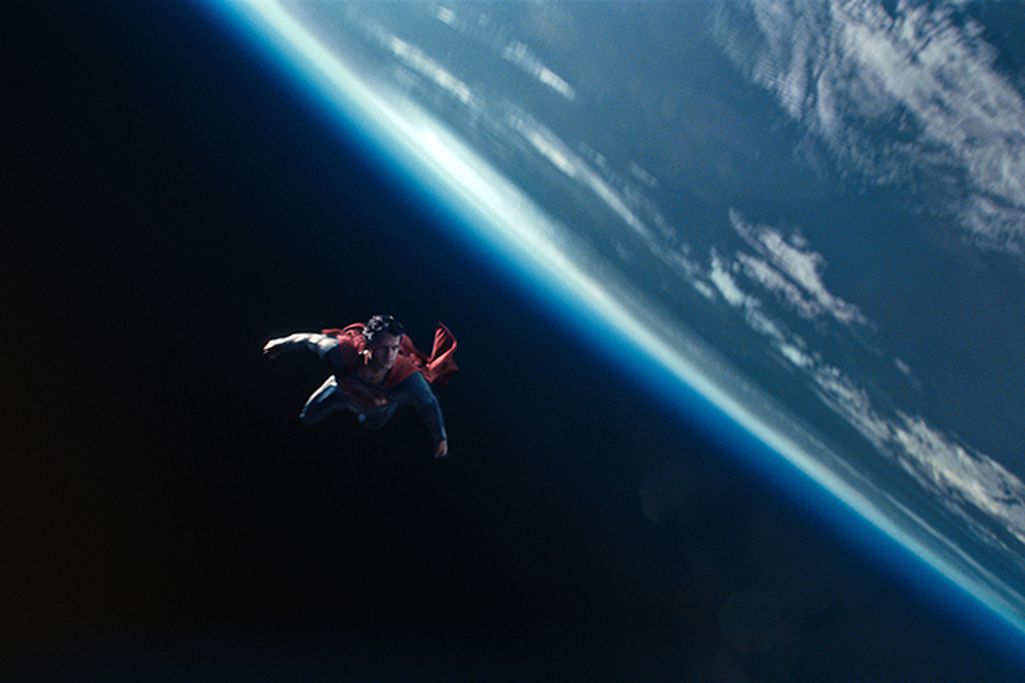 Superman is probably the superhero least in need of an existential crisis, but leave it to Christopher Nolan to give him one anyway. As the producer and co-writer of the story for Man of Steel, the auteur who put the dark in The Dark Knight strips away the character’s unassailable integrity and moral certitude and gives us a Kal-El who’s far more man than super. He’s paired with dyed-in-the-wool fantasist Zack Snyder, who’s spent the better part of his career deconstructing superhero mythology (and mythology itself), and the two make for strange but oddly complementary bedfellows. Together, they reinvent the great-grandaddy of funnybook strongmen as a struggling orphan whose destined-for-greater-things future is framed — and forged — by the influence of not one, but two sets of parents. 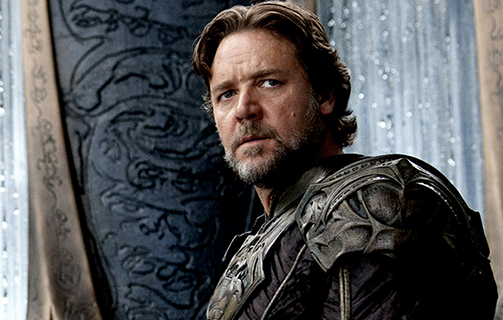 Forged by two sets of parents 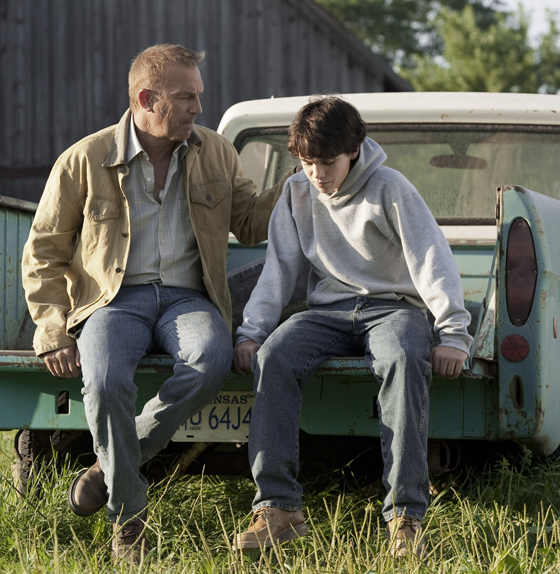 The film opens on Krypton with the birth of Kal-El, the planet’s first natural-born child in centuries. Kal’s father Jor-El (Russell Crowe), a scientist, has warned the planet’s elders about an imminent environmental catastrophe, but a civil war engineered by Michael Shannon’s General Zod has distracted them from dealing with it until it’s too late. With mere hours remaining before the planet explodes Jor-El ships Kal off to Earth, both to save him and to protect the last vestiges of Kryptonian civilization, which he’s packed away in the newborn’s spaceship.

Decades later, Kal has become Clark Kent (Henry Cavill of The Tudors and Immortals), a migrant worker who keeps to himself as he attempts to figure out his place in a world he knows is not his own. His Earth parents Jonathan (Kevin Costner) and Martha (Diane Lane) have encouraged him to hide his gifts until he figures out what to do with them, but his innate sense of justice — and a desire to help others — repeatedly exposes him, and eventually forces him to move on to another job and another remote location. But after rescuing reporter Lois Lane (Amy Adams) during her investigation of an alien spacecraft, he finds it increasingly difficult to remain anonymous — especially after she tracks him down at his childhood home in Smallville.

Despite having stumbled across the story of the century, Lois shows Clark compassion when he explains why he’s stayed out of the limelight, and she decides not to disclose his identity to the rest of the world. But when General Zod contacts Earth demanding that its leaders turn Kal-El over to him, Clark is forced to choose between two worlds — the one from which he came, and the one he now calls home. 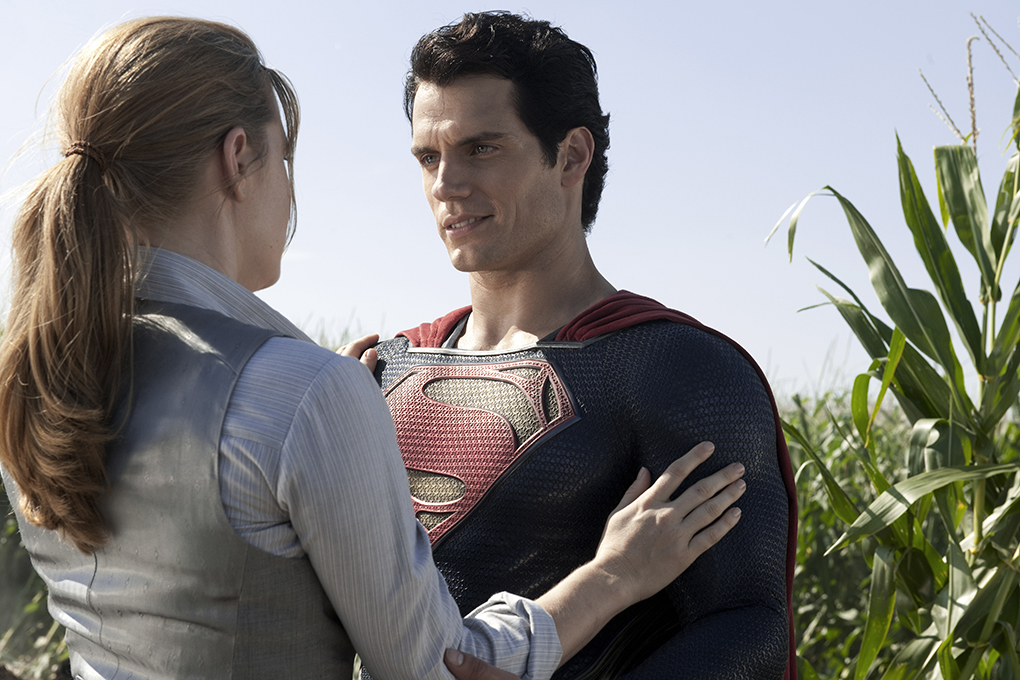 In a culture that seems as eager to tear down heroes as it is to build them up, it feels like there’s no longer a comfortable place for the pure idealism of Richard Donner’s 1978 Superman, nor even the nostalgic romanticism of Bryan Singer’s flawed but underrated Superman Returns. Nolan utilizes the same technique he used in Batman Begins, grounding everything the character does in a semblance of believable “reality,” while Snyder uses that reality as a foundation for recreating the Superman that audiences know and love — by the end of the film, anyway. Since moviegoers have never seen how Kal-El came to terms with his destiny as Earth’s protector this reverse-engineering approach works even better than it did in the Batman films. The tactic creates a hero’s journey that possesses enormous amounts of human relatability even as it crystallizes the persona of the resolute, incorruptible Superman audiences know and love.

That said, Man of Steel occasionally feels like a dirge precisely because Nolan and screenwriter David S. Goyer allow Superman so few opportunities to enjoy his principles. (The “Superman has fun saving people” montage that has appeared in every previous film is absent here, and most of his acts of heroism are met with admonishment from his earthly parents for “exposing himself,” so to speak.) Formerly best defined — if not immortalized — by Christopher Reeve’s dryly funny but invariably earnest interpretation of the character, Superman’s natural, wholesome buoyancy is mired here in self-consciousness and insecurity. He’s as fearful of not using his abilities when they’re needed as he is of having them discovered by humankind, and his relentless introspection sometimes becomes as tedious a burden to viewers as his powers are to him. 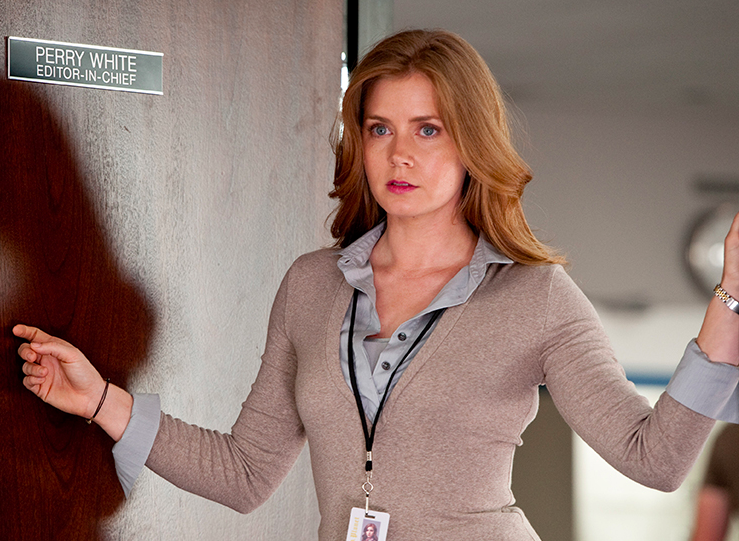 Nolan utilizes the same technique he used in 'Batman Begins' 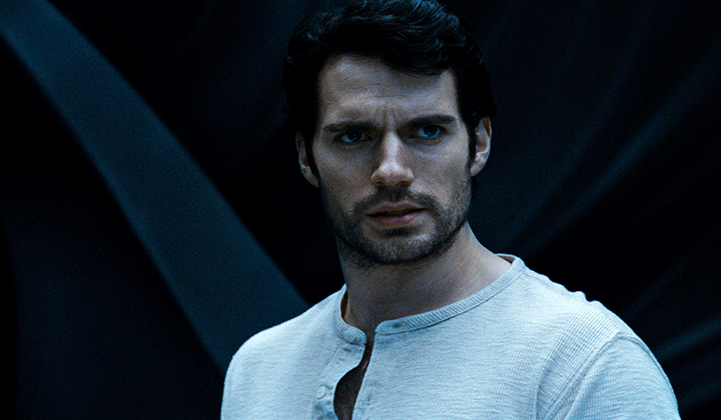 Snyder's most measured and realistic work to date 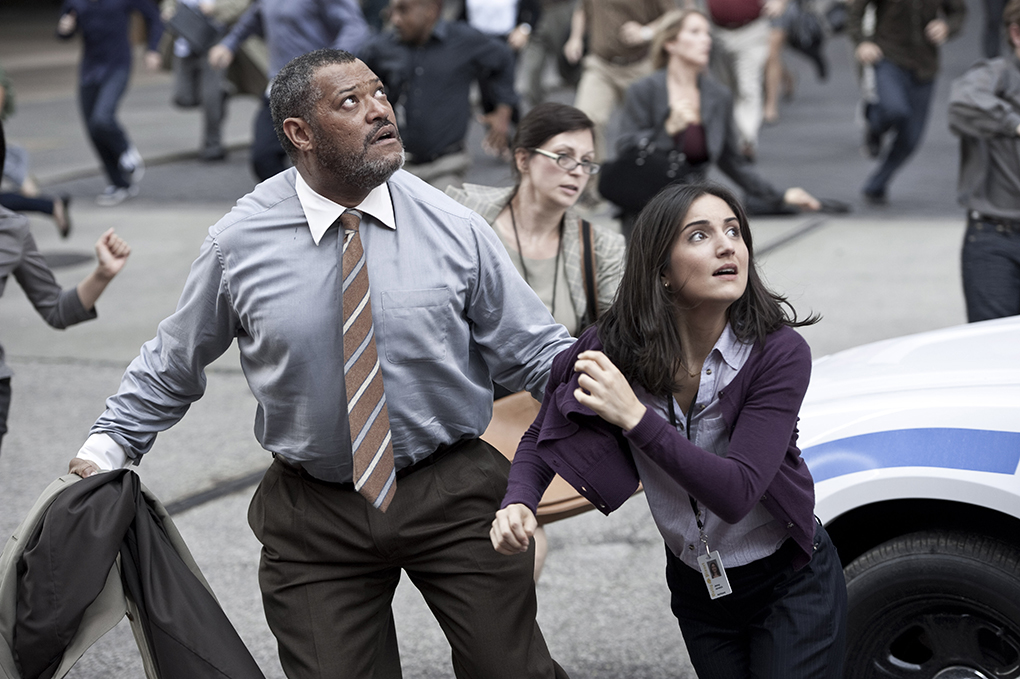 Despite the subject matter’s natural suitability to Snyder’s sweeping, larger-than-life aesthetic, Man of Steel is his most measured and realistic work to date, both in terms of its stylistic vocabulary and its dramatic pitch. But even as he resists every impulse to inject the material with the same sorts of visual flourishes that served as directorial hallmarks in 300, Watchmen, and even Sucker Punch, the film’s visceral edges are as aggressive and affecting as the action in almost any recent blockbuster. Though the director’s slow-motion deconstructionism and his fetishization of ideal physical forms are gone Snyder’s staging remains impeccable, enabling Superman’s coming-of-age to unfold on the largest possible canvas while also retaining substantial emotional weight.

Moreover, he solves the problem the Wachowskis struggled with in the Matrix trilogy: how do you keep a fight exciting when it’s between two people who cannot be hurt? The answer isn’t quite as simple as “point-of-view punching,” which does actually become an important (and awesome) part of the climactic showdown between Superman and Zod. Even if the characters themselves are incredibly resilient, Snyder maintains a palpable sense of cause and effect by depicting their fight’s impact on the landscape around them — both in terms of the escalating property damage that reverberates outward from each battle and the larger cultural implications of a superhuman who exists in an otherwise human world.

Where Brandon Routh’s performance in Returns felt like a sense-memory tribute to Christopher Reeve’s iconic interpretation, Henry Cavill aims for something more troubled and complex, which fits Man of Steel’s ponderous tone perfectly but fails to supply the character with more than a perfunctory, bland sort of charm. That introverted charisma similarly undermines the budding, inevitable romance between Superman and Lois Lane, but Amy Adams’ intrepid and yet compassionate take gives the reporter newfound cinematic dimensionality even as she hints at a more profound connection between the two — as best friends rather than lovers. Meanwhile, Costner’s performance as Jonathan Kent is so steeped in heartfelt American self-determinism that it should be accompanied at all times by the strains of Aaron Copland, even as Crowe circumnavigates comparisons to Marlon Brando’s Jor-El by underplaying the character with hopeful pragmatism and a quiet nobility. 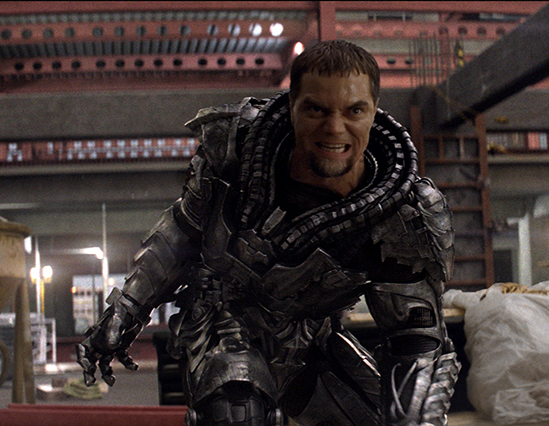 As General Zod Michael Shannon possesses none of the theatricality that Terence Stamp brought to the role, but Stamp didn’t have as well-written a part as Shannon does, either. From start to finish Zod is a gratifyingly rational and sympathetic adversary — tactics notwithstanding, his motivations are pure, sincere, and well-intentioned. But even if Shannon doesn’t quite descend into the sort of eccentricity that made many of his past performances so irresistible, his magnetic consternation as Krypton’s would-be savior lends the character a melancholy authority that dovetails nicely into Superman’s ascendant self-actualization.

Even though its cathartic confrontation between Earth’s first defender and Krypton’s last excludes it from earlier timelines, Man of Steel feels like a lost but worthy chapter in Superman’s origin story that could easily fit into Donner’s original without skipping a single bound. After multiple adventures where the same details were repeated about his birth and his adulthood, this — like Batman Begins — compellingly uncovers the intervening years of exploration and self-discovery that led Superman to become the mythic icon we’ve always known.

The last Superman origin story we ever need to see

All of which suggests that this is probably the last origin story for Kal-El that we ever need to see, even as it paves the way for more movies about Superman. And even if its weighty self-importance sometimes seems overwhelming in the context of a franchise that has historically felt more wholesome and light-hearted, the sophisticated foundation it creates allows future installments to function as more than victory laps without requiring them to adhere to a purely melodramatic tone. In other words, thanks to Man of Steel, Superman has truly earned the right to have fun saving people again, precisely because his two sets of fathers — both on-screen and behind the camera — decided to take him seriously.

Man of Steel opens Friday, June 14th. If you'd like to discuss the film — spoilers and all — join the conversation in the forums!