Microsoft has teased a new Halo title for the Xbox One at its E3 keynote presentation. The game's trailer showed a desert encounter between a giant mechanical creature and a shawled figure, the latter of which was eventually revealed as series star Master Chief. 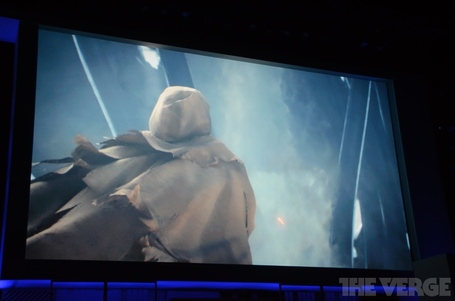 Details on the game itself are thin at present; Microsoft elected not to show gameplay footage or reveal the name of the new release. A studio representative said that the new Halo would use cloud power in some capacity and run at 60 frames per second, while taking "full advantage of the power and flexibility of Xbox One."

Editor markup for Halo 2014 E3 Gallery. This is only visible in the story editor.

Check out our Xbox E3 2013 Live Blog for the latest updates!