Don't flinch: the new Kinect could be the end of motion gimmicks

Don't flinch: the new Kinect could be the end of motion gimmicks

The first version of Kinect promised to completely change how we play games. Instead of sitting on our couch with a controller, we'd be running, dancing, throwing, and shouting our way through level after level. The new version of Kinect, the one that will ship with every Xbox One console in November, initially seemed like more of the same: more data, more accuracy, to the same end. But as we talk to game developers at E3 2013, it's quickly becoming clear that the next generation of motion gaming isn't about making us stand in front of our TVs and play. It's about watching us play, as we've always played, and reacting in kind.

Take Ryse: Son of Rome, for instance. The game is played with your controller — you don't use your arm to swing your sword, or pull an arrow out of your eye. Instead, you shout "archers!" to summon some medieval aerial support, and beckon your men forward with your arm. You do all this from your couch: every part of Ryse works with your controller, parts of it are just better with Kinect. 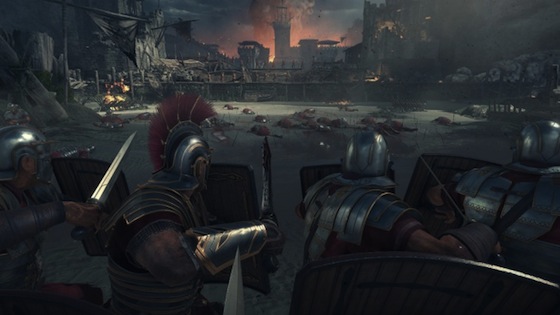 The game's producers called it "mash to mastery," allowing people to play however they want. You want to pound buttons, hoping to survive the onslaught of barbarians? Great. But if you learn to use Kinect, to direct your men with your arms and your voice, and then to pair that with smarter and faster button presses, you'll be a much better (and more brutal) executioner.

You don't have to play differently with Kinect, but it lets you play better

I asked the Ryse producers and directors why the game is coming out now, fully two years after it was first announced at E3 2011. Their answer related to the Kinect's development. "It was announced as a Kinect game, where you would just stand in front of the TV and play like that. But as the Crytek team started developing the game and story further, they realized that the setting, the story, the things you want to do just better fit a third-person combat game." The new Kinect, they said, allowed them to create that kind of game and still have the fun, interactive features Kinect offers.

In Dead Rising 3, an open-world zombie game that seems to be part Grand Theft Auto and part Kingdom Rush, your controller is once again your friend. Your Kinect might be your enemy. Zombies can hear you talking, even rustling on your couch, and they'll come after you. (Prepare to play Dead Rising 3 in the quietest room you can find.) Once they find you, if you wriggle on your couch as you presumably would if a zombie were attempting to eat your entire face all at once, you'll wriggle the zombie off you. The controller stays in your hands, but as you react to the game, the game reacts to you. 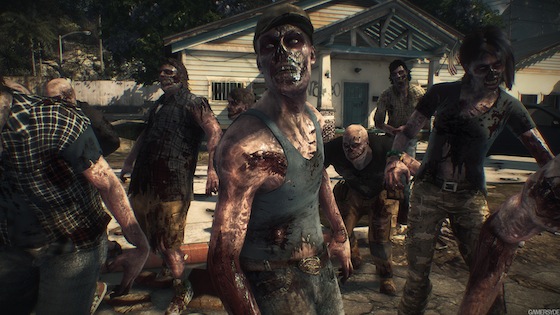 These are two of Microsoft's key Xbox One titles, and they're using Kinect in a way that might finally make it palatable to gamers hardcore and casual alike. You don't need to use the Kinect, but the games are more fun and more immersive when you use it — and you'll be better at the game, too.

In a more futuristic demo called "Reflex," Xbox reps took the idea even further. As we walked through a Tron-like level, we could raise the controller over our face to activate our shield, touch our temple to activate our X-ray vision, and duck out of the way to, well, duck out of the way. These are activities that make sense, that we might even reflexively do anyway while we game — I know I lean a little every time I try to dodge a bullet in Halo. With an always-on, always-watching, always-listening Kinect, our surroundings and our actions become part of the game.

"We've exposed these reflexes to developers in a way that thinks of your spine as a thumbstick," I was told during the Xbox hardware demonstration. "We're able to bring natural, intuitive, instinctive Kinect input in a way that's thrilling even to the most hardcore gamers." Kinect may have more capabilities than ever, and more features than any developer seems to be currently using, but as we see developers continue to roll out their games in the coming months, Xbox One Kinect games will win big by thinking small.

Don't make me stand in front of my TV and wave my arms like a lunatic — know when I flinch, and do something about it.