Originally available to advertising partners, Twitter Analytics platform is now open to the public. The dashboard allows Twitter users to check the performance of their tweets and view breakdowns of their followers, presenting the data in neat tables and graphs for easy reference.

In the Timeline Activity view, a user's last 30 days of tweets are listed alongside the number of favorites, retweets, and replies they have received. Twitter also tracks how many times links within a tweet have been clicked and highlights better performing posts based on their reach. The Followers view offers a graph charting follower growth and also splits followers into interest, location, and gender demographics. All of the data can be downloaded in a CSV file, allowing users to remix or display the data as they see fit. 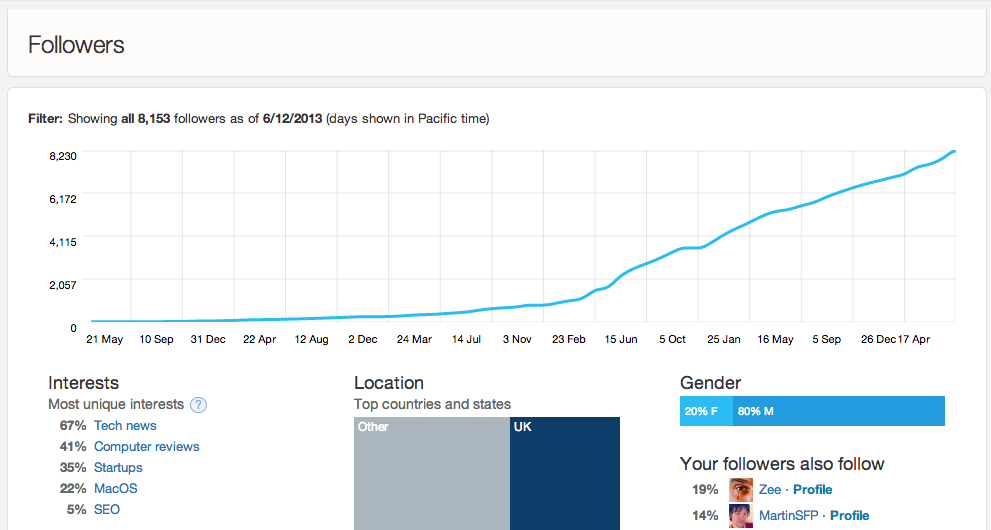