Before we start, a bit of ethos: the only RIM/BlackBerry device I've ever owned was the 7290. It was a hand me down from my sister; I used it for about two years, got an iPhone 3G, and have been with iOS ever since. (Editor's note: not for much longer, Apple).

As BlackBerry continues it's march to regain mobile market share, I can't help but think that their attack strategy has a rather obvious hole. I believe the answer would be a BlackBerry 10 device in the form factor of the Torch Series (9800/9810). To illustrate this, let's look at their devices that run the most recent OS, excluding the announced but yet-to-be-released Q5 (spoiler alert: it's not the answer to their problems, and I don't think they intended it to be). 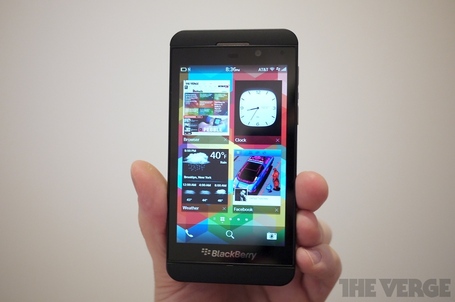 In the review, the Z10 was summarized as:

This was definitely an modern-styled device on-par with the slate phones of today. Nevertheless, BlackBerry had to compromise one of their unique features to make it happen: the physical QWERTY keyboard. The curved keys provided the perfect tactility for comfortable one-handed typing. Long-time Blackberry die-hards touted it as one of the reasons to stay faithful (although BlackBerry has clung less and less to such distinguishing features). This departure was quickly remedied, however, with the introduction of the Q10. 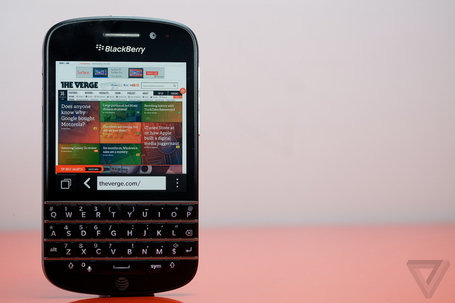 BlackBerry Q10: About as executive as they come. (photo from Chris Ziegler's review)

In the review, the Q10 was summarized as:

With this device, BlackBerry kept true to it's roots at the expense of mass appeal. The market sector targeted here was clearly Type-A users, the Eric Schmidts of the world. The were the originals, the reason the word CrackBerry is in our lexicon, and the people BlackBerry ought to appease if they hope to see that type of market share ever again. But the problem isn't merely that BlackBerry has failed to give them what they want. The fact is, it seems they don't even know what they want.

For the first half of this millennium, business people used BlackBerrys. They could make calls, set their schedules, check email, and manage contacts, among other things. There were applications, but nothing too entertaining, mostly productivity-type things. Then, in the summer of 2007, Apple released the iPhone. The following year, the App Store was introduced, and nothing was the same. Developers were given cool new toys to play with, and those bright, kind souls passed the fun onto us. Today, the smartphone can do countless, previously unimaginable things. The progression has even pushed simple phone functionality to such a back-burner that Apple felt the need to point out that iOS 7 would let users make phone calls, albeit over Wi-Fi and data. The cell phone has become more fun than phone. In this sense, BlackBerry missed the boat.

The RIM devices of the past few years showed modest innovation, but never managed to branch out much further than the briefcase. This is the biggest shame, because executives enjoy flinging avian malcontents as much as the next guy. With its 720 x 720 AMOLED display, the Q10 is not an ideal canvas for this. While the Z10's 1280 x 768 is much more accommodating, we've established that the average BlackBerry user is simply unwilling to abandon a physical keyboard. 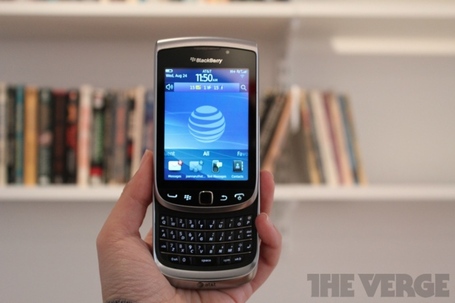 BlackBerry Torch 9810: Was this device ahead of it's time? (photo from Joanna Stern's review)

Passing the Torch: A Compromise for All

I can remember being somewhat captivated when I saw the original BlackBerry Torch in person. The only phone that came to mind was the Helio Ocean, which had a similar sliding mechanism — in fact, the Ocean could slide into both portrait and landscape orientations — but the Torch was backed by a legitimate operating system. While the device came off as futuristic to me, the app selection simply wasn't there yet. Now that BlackBerry 10 allows users to port or sideload apps from the Google Play Store, the time is certainly right for BlackBerry to test the waters with a similar form factor. With ever-shrinking components, it's more-than-conceivable that the device would be able to pack in a respectable battery, a full-HD screen of four or more inches, and all the radios an enthusiast's heart could desire.

Peanut butter preference can easily be illustrated: smooth or crunchy. This binary existence leaves scarce room for compromise. With smartphones, however, the once-rigid lines of demarcation are now bent or broken (or chamfered) without much hullabaloo. It's perfectly fine for phones to fit in the boardroom and the break room, and it's time BlackBerry embraced that.

P.S. What happened to the 'BlackBerry Juicers' section?