Startups find millions in missing revenue with help from an old friend: the accountant

Startups find millions in missing revenue with help from an old friend: the accountant

In the world of high-growth tech startups, things can change very quickly. "With this business, it’s not unusual to go from two founders with an idea on a napkin to millions in sales, all in under one year," said Alex Katz, a partner at ff Venture Capital. "Obviously it’s exciting when one of our companies is doing well, but when you’re talking about a first-time entrepreneur whose skill set is programming, there can also be a lot of headaches."

In the case of one startup, who Katz prefers not to mention by name, the company already had a full-time finance officer, but found he wasn’t quite the expert he claimed. "I’ve seen a lot of messy books, but this was particularly egregious," says Katz. "Not only did the balance sheet not balance, but after going through the numbers, the team found the estimates for revenue were off by $10 million." The startup had been pinching pennies and getting ready to raise another round of financing. With its new accounting, it could afford to skip the fundraising and start hiring again.

"Estimates for revenue were off by $10 million."

To assist their portfolio of startups, ff Venture Capital has hired a team of in-house accountants, including Katz, who help the young companies handle their books. The accounting at ffVC is part of a broader trend across the industry. In the past, venture capital firms were investors who wrote checks, sat on the board, and dispensed advice. Now many firms are hiring operational talent with experience in marketing, sales, finance, and human resources. "Venture capital is no longer just about how big a check you can write," says Eric Hippeau, a partner at Lerer Ventures. "It’s become a services business."

Powering this trend is the fact that, in the mobile era, a small team can get to massive scale. Instagram, for example, had just 13 employees when it was purchased by Facebook, but it was a popular app across the globe.

As cash becomes commoditized, venture funds have begun to compete over the services and network of contacts they can provide. Lerer Ventures has contracted with specialists to help its companies handle public relations, design, and recruiting, assisting startups with tricky and time consuming activities like securing a work visa for a foreign engineer. "For most of the deals we do, the financial terms of the funding have become routine," says Hippeau. "We differentiate ourselves by the skills we bring." 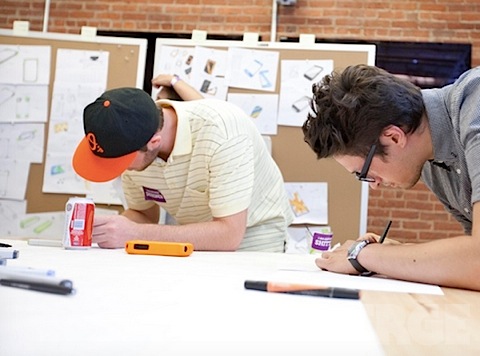 At Andreessen Horowitz, one of the top venture capital firms in Silicon Valley, a team of 11 full-time staffers works to connect startups with the best technical talent. "Four of those people are dedicated to college recruiting," says Shannon Callahan, who manages the technical talent operations. "They go out and meet with graduates from 2,200 schools across the country. There is no way a small startup has the bandwidth for that kind of search." In the last year Callahan and her team placed 84 entry-level programmers at startups funded by Andreessen Horowitz.

"Venture capital is no longer just about how big a check you can write."

Andreessen Horowitz's Margit Wennmachers, who spent decades doing PR for tech companies, is on call for portfolio companies during a crisis. "If it’s a high stakes moment, this is something the founder might be seeing for the first time, but I’ve been through several dozen times," she explains. When Jawbone ran into issues with the Up, the CEO reached out for help. "I explained how the damage control should work and how things would play out in the press with different strategies."

First Round Capital, which invests principally in early-stage startups, has hired full-time staffers to assist their portfolio companies with talent and business development. But it's also built a software platform, Network, that lets the 170 startups in its portfolio help one another. "They can log on when they are hiring and see how much other companies are paying for a front-end developer in New York versus Boston," says Brett Berson, the VP of the platform team at First Round. "They can ask a programming question and get a response from a dozen different chief technical officers in our network." The software even allows young companies to search and hire from a roster of available talent, often employees from big tech companies looking to jump ship for the startup world.

For a venture capital fund, getting its hands dirty with a startup's operations is obviously a form of enlightened self-interest. "We had a company, when we went through their books, it turned out there were legal fees more than a year overdue," says ffVC’s Katz. "It wasn’t that they couldn’t afford to pay, but it just wasn’t their focus and it fell through the cracks." Katz and his team negotiated with the law firm, which agreed to drop the late fees and let the company pay down its bill over time. "If a company stays healthy and doesn’t need to raise new funds, that means we, as investors, can avoid getting unnecessarily diluted and maximize our returns."

Focus on coding, not balancing your checkbook

The idea of giving over complete access to intimate financials is a bit unnerving for some young entrepreneurs. To avoid conflict, ffVC keeps its accounting work completely separate from its investment team. "We don’t want our founders feeling like someone is always peering over their shoulder," says Katz. And eventually, says Katz, companies get to a size where it makes more sense to hire their own staff to handle day-to-day operations like accounting and human resources. "But in those early years, when the business model is still developing, we want them to focus on coding and execution, not filling our HR forms or balancing their checkbooks."

Some startups are even willing to take less cash in exchange for a firm that offers this kind of support. "We had decided to go with Andreessen Horowitz, but another term sheet came in from a competing firm," said Jane Park, the founder of Julep. "It was for significantly more money, but after talking with my board, we all agreed a team of experts working on our behalf would mean more in terms of execution than dollars sitting in the bank."