Gipsy was just six months old when he disappeared from his home last November. A European shorthair cat with a gray coat, Gipsy had just been settling into his young life with Walery Osowiecki and his two daughters, aged five and eight at the time. Gipsy was the Osowieckis' first cat, and he’d never wandered more than 50 yards from their house in Colombiers, Switzerland.

Eventually, he showed up at Walery’s doorstep, battered, bloodied, and with a bullet lodged in his body. Gipsy died hours later during emergency surgery.

"There are a lot of cats that disappear in this neighborhood."

Walery and his daughters will never know what motivated the killing of their cat, though their story is far from unique. "There are a lot of cats that disappear in this neighborhood," Walery, 49, said in an interview with The Verge. "That's a little bizarre to me."

Cat blankets can retail for more than $1,700

Tomi Tomek, co-founder of advocacy group SOS Chats, spearheaded Switzerland’s anti-cat-fur campaign in 2007, when she used hidden cameras to film several tanners willing to sell her feline hides under the table. Tomek says the price of a single fur ranged between 50 and 100 Swiss francs, though some were combined into blankets comprising of as many as 12 different cats.

All told, her investigation exposed 21 different tanneries scattered across the country. In some areas, she discovered that farmers were breeding cats explicitly for sale to local tanners, with some cat-fur blankets selling for more than $1,700 a piece. 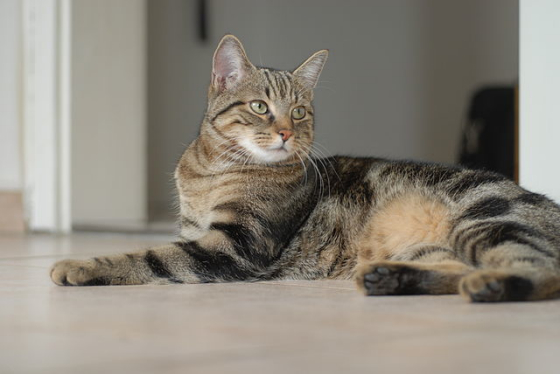 Late last month, the Swiss Parliament introduced tough new penalties for people convicted of selling cat fur, after implenting a full ban on the trade in January. Under the law, anyone found to be intentionally selling a cat pelt is subject to a maximum fine of 20,000 Swiss francs (approximately $21,700).

In Switzerland, cat fur's appeal largely stems from the traditional belief that wearing blankets or other garments made from felines can cure rheumatism. The centuries-old practice was adapted from traditional Chinese medicine, but experts say it has no scientific merit.

"I would go in and I say, 'Oh, I'm sick and my grandmother says cat fur will help me, do you have any?'" Tomek said in an interview with The Verge. "And [the tanners] would be very nice, saying things like, 'Oh, you poor thing, what kind of cat do you want? What color? We can get it for you.' They're very nice about it. It's disgusting."

Tomek's investigations, coupled with similar documentaries from French and Swiss TV networks, helped bring more media attention to the trade, and played a critical role in pressuring lawmakers to outlaw it. To date, an anti-cat-fur petition Tomek started five years ago has garnered more than 270,000 signatures, as well as support from high-profile figures such as French actress Brigitte Bardot and Formula One driver Michael Schumacher.

Selling cat or dog pelts has long been illegal in the US, and was outlawed across the EU in 2007. Switzerland, a non-EU country, has been slower to adopt similar measures. Cat fur imports were outlawed in 2006, but domestic sale and production remained legal until 2008, when the country first passed its ban.

As with most black markets, the size of Switzerland's cat fur trade is almost impossible to ascertain, and estimated street prices can vary wildly. Frank Schmidt, a campaigner for the People for the Ethical Treatment of Animals (PETA) in Germany, says the size of Switzerland's cat-fur economy certainly pales in comparison to China's, where an estimated 2 million cats and dogs are slaughtered for export every year. But for a country that prides itself on its strong animal rights legislation, the cat-pelt trade has been widely seen as an embarrassment.

Tomek acknowledges that the government's ban has resulted in a decline in cat-pelt vendors, though it hasn't eradicated the practice altogether. In the months since the law went into effect, Tomek found cat furs for sale at five different tanneries, some of which were branded with a "Swiss Quality" label denoting their domestic provenance. 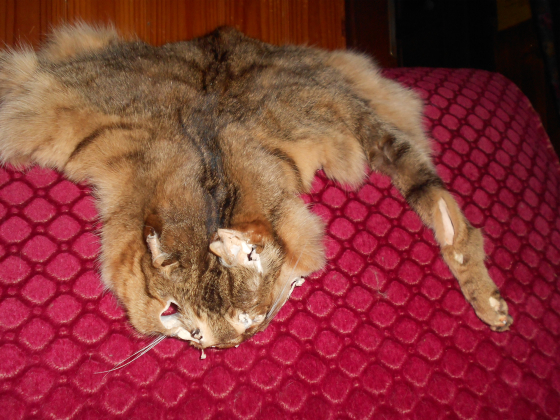 Lawyers and activists who spoke to The Verge say they’re unaware of any fur-trading cases that have been brought to court since the ban went into force. Antoine Goetschel, a Zurich-based attorney who specializes in animal rights, says law enforcement may not have much of an incentive to pursue cat-fur cases because they would likely involve genetic tests that may be seen as too expensive for a simple misdemeanor.

"DNA testing is rarely used, and normally only in the most severe and brutal of animal cases," Goetschel said in an interview with The Verge. "Cat fur is somewhat minor. You don't go to jail for it, and so the law enforcement machinery has less motivation to undertake big, expensive investigations."

Nevertheless, Tomek remains confident that Switzerland's tougher stance will soon wipe out the cat-fur market altogether. Even before the ban went into effect this year, she says the number of fur vendors she uncovered had already declined by half. Now that the law has been bolstered with severe financial penalties, she hopes that it will eventually dwindle to zero.

"People have continued to violate the law, but it will come to an end."

"People have continued to violate the law," admits Luc Barthassat, a legislator with the Christian Democratic People's Party and an early supporter of the 2008 ban. "But I think that with these new penalties it will soon come to an end. We are entering the final stages."

Tomek and other activists are also emboldened by the Swiss Parliament’s recent decision to debate a proposed bill next week that would outlaw the killing of all cats, regardless of how far they stray from an owner's property. The motion, authored by Barthassat, will be discussed on June 19th in Bern. If passed, Tomek says it could make it even more difficult for underground tanners to obtain their pelts, while saving cats from the fate that befell Gipsy.

Walery isn't quite as optimistic. He acknowledges that it's a "positive sign" that politicians are at least discussing a ban on cat killing, but thinks that it may prove difficult to enforce.

"The hunters will probably find a way around it, so I don’t expect it to have a huge impact," he says. "But it's certainly a small step in the right direction."