Welcome to the circus: aircraft boarding is a microcosm of a broken industry

Welcome to the circus: aircraft boarding is a microcosm of a broken industry

No one’s accusing America’s largest airlines of being shining beacons of efficiency and customer service. But in many ways, they seem to willfully shirk the natural, logical order of things in an active bid to make traveling as miserable as possible. It’s as if they’re constantly searching for that magical inflection point where price and frustration are equally maximized.

In case you can’t tell, I’m one of those frustrated travelers, sometimes on a weekly basis. And I’m not shocked that American, United, Delta, and US Airways have all gone bankrupt at some point in the past 15 years. It’s not entirely their fault — air travel was way off in the wake of September 11th — but their crippling inefficiency certainly hasn’t done them any favors.

None of those inefficiencies frustrate me more than the simple act of boarding with carry-ons. No two major international airlines can agree on exactly how to board an aircraft, but the one thing they can agree on is that you should be charged a sizable fee to check a bag — a relatively recent "revenue innovation" designed to prop up the bottom line.

And that’s fine, I get it. Airlines are for-profit institutions. They like to make money, and they’re going to charge you wherever they can. The problem is that checked bag fees have created a side effect that’s extraordinarily obvious to anyone thinking about it for half a second: Passengers who would’ve previously checked bags are instead choosing to bring those bags on board at no cost. Lines at the gate — chaotic amoebas of confused, impatient humans subject to ever-changing boarding rules — move slowly as most passengers attempt to board with overstuffed "rollaboards" that are only appropriate to bring on a plane in that they’re short enough to fit (sort of) in overhead bins.

Once aboard, a fraction of these passengers are inevitably unable to find an available bin. They stand in the aisle, confused, some with panicked looks on their faces, before turning around and returning to the front of the aircraft to consult with a flight attendant. Other passengers are stopped in place for minutes at a time while others go through this "I can’t find a bin" ritual. It’s like clockwork.

It’s such clockwork, in fact, that airlines started nipping it in the bud by occasionally offering to check in rollaboards for free at the gate. "We’ve got a very full flight today, so if anyone would like to check their bag at no cost, please see me," the announcement goes.

And over time, the exception became the norm, driven by airlines rearranging schedules to ensure completely full flights and by customers hoping to avoid fees. Overhead bins were never designed to accommodate an entire aircraft’s worth of luggage — that’s what the cargo hold is for. And so Pavlov’s dog syndrome sets in: Passengers bypass check-in counters en masse, knowing that they’ll almost certainly be offered the opportunity at the gate to check luggage at no cost. Meanwhile, these enormous bags clog TSA screening conveyor belts and jetways. 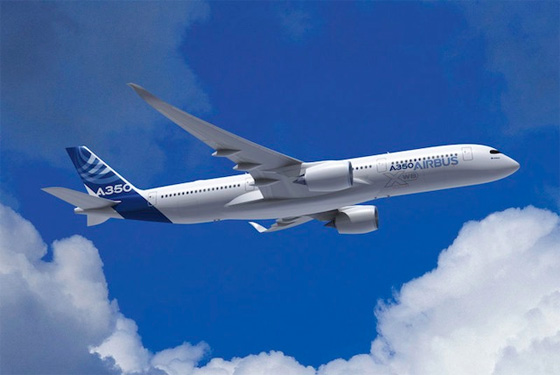 The Airbus A350 XWB, an example of an aircraft you will probably have a frustrating time boarding in the future.

Checked bag fees aren’t going away, that’s for sure — but there are two painfully obvious things that airlines can do immediately to alleviate the problem. First, charge the same fee at the gate to check a bag that you charge at the counter (or, heck, maybe even a higher "penalty" fee). Second, charge a fee for any carry-on beyond the first, which is usually a purse or laptop bag. Airlines, you love fees — surely you can get behind this plan?

The boarding challenge has already been scientifically solved

To its credit, American recently changed its boarding process to favor passengers who don’t have luggage at the gate, permitting them to board before almost everyone else. It’s a clever idea, but it also doesn’t solve any actual problems: These passengers don’t ease the overall boarding process by boarding early, since they don’t need the overhead bins anyway. Indeed, airlines like United and American have sent the boarding process into even deeper disarray by making early boarding a "perk" (you can even pay American a fee to board sooner, one of the most egregious money-grabs in the business). In reality, the boarding rules should be about one goal, and one goal only: boarding as quickly and efficiently as possible. Goodness knows they have enough trouble departing on time as it is.

What’s funny (in a gallows humor sort of way) is that the boarding challenge has already been scientifically solved. A smarter guy than me has demostrated the most efficient way to board an aircraft, and as far as I know, no airline has even considered trying it in the two years since. And every time I go to the airport and find that my airline has made some bizarre, illogical change to the boarding process that obviously isn’t focused on getting the plane off the ground on time, I learn all over again that "efficiency" isn’t in their vocabulary.

Beyond supporting airlines that don’t buy into this insanity — Southwest, for instance — I don’t quite know what to do. I’ve yelled at @United on Twitter on several occasions, which, while cathartic, probably doesn’t do much good. And my exasperated head-shaking while waiting to board as a "MileagePlus Explorer card member through the Premier lane" does little except garner knowing smiles from my fellow passengers.