For New York's tech scene, Mayor Bloomberg is a tough act to follow

For New York's tech scene, Mayor Bloomberg is a tough act to follow

Come January 1st, the country's largest and most influential city, as well as its second largest hub for tech companies, will have a new mayor. Judging from a panel discussion last night between four of the candidates to replace Bloomberg, not one appears ready to fill his shoes when it comes to thinking creatively about technology.

"I don't think Uber will ever be a success in New York City." At an event in New York City called the Mayoral Tech Candidates Forum (watch the video of the event here), candidates Sal Albanese, Adolfo Carrión Jr., John Liu, and Anthony Weiner discussed such topics as digitizing government operations, preparing students for the information age, attracting startups, and finding alternatives to the city's much-loathed local cable companies. What we didn't hear from the candidates was anything fresh: Far too often they offered vague generalities, empty rhetoric, or concepts that piggybacked on Bloomberg's own ideas. 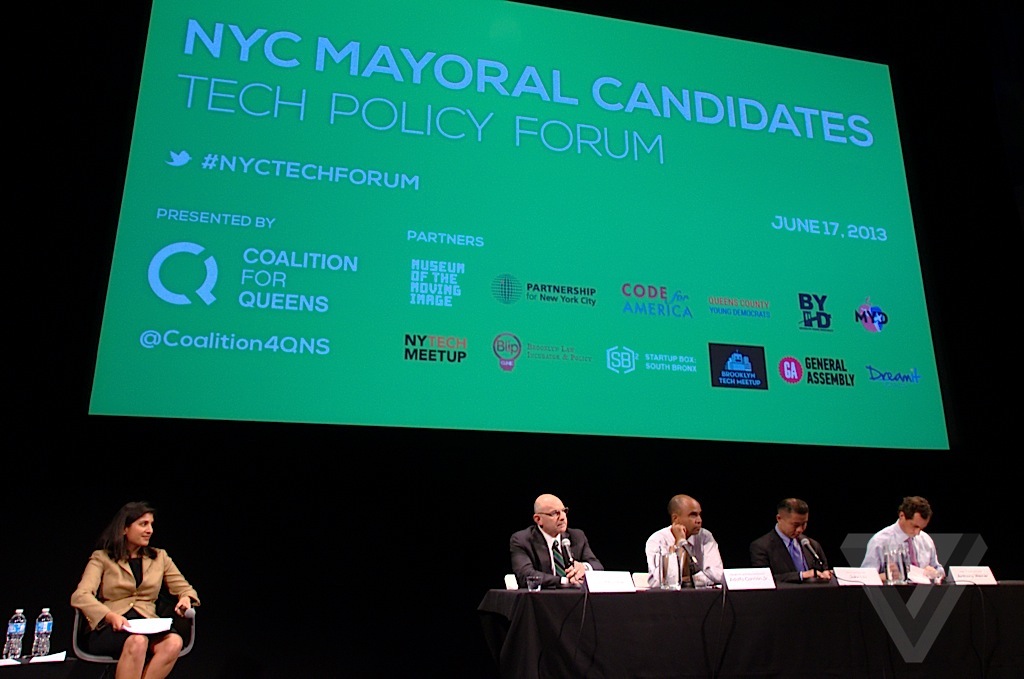 Christine Quinn, the city's council speaker and the candidate with the highest lead in the polls, is no exception. Quinn didn't participate in last night's forum but she recently outlined her tech plan. She has some catchy-sounding ideas, such as "mycityhall," an online system designed to help people get service from city government. Her tech company "concierge service" would try to make it easier for entrepreneurs to locate to New York. But these don't come close to addressing the most significant issues affecting New York's tech industry.

Weiner, the former congressman, played devil's advocate. He noted that the cable companies have monopolies because the city needs to promise them some kind of return if they lay the cable and build the infrastructure. But Liu refused to back down. He argued New York possesses leverage that it can use to force the cable companies to improve service.

All night, Weiner tried to play the part of the maverick, disagreeing with many of the statements made by fellow candidates. At one point, it looked like the discussion would liven up when Nilay Patel, The Verge's managing editor (my boss) and one of the panel moderators, asked the candidates how they would approach controversial and disruptive technologies, ones that may be accused of being illegal, such as Aereo, Airbnb, and Uber. 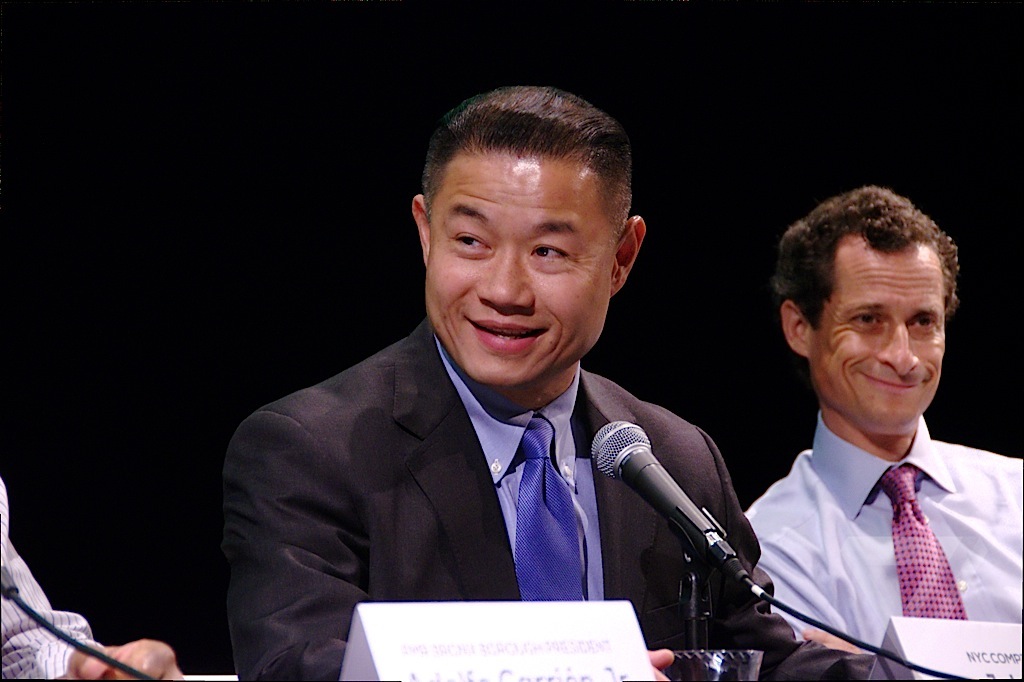 "I like the disruptor title," said Weiner, who resigned his New York congressional seat two years ago after it was learned that he sent sexually explicit photos of himself to young women via Twitter. "I'd like to think I've done that to the mayoral campaign."

"Are you worried that you're illegal?" Patel quipped.

Weiner waited a beat, before pointing to the other candidates and said "They wish."

Despite his claim of embracing disruption, Weiner sounded conservative when it came to Uber and Airbnb. Uber produces the app that helps people hail a cab over the internet. Airbnb enables travelers to find a cheap place to stay, including privately owned apartments. New York has tried challenging the legality of both services.

That's probably not going to win over techies. In that constituency, "protecting consumers" is often interpreted to mean protecting stakeholders and the status quo. 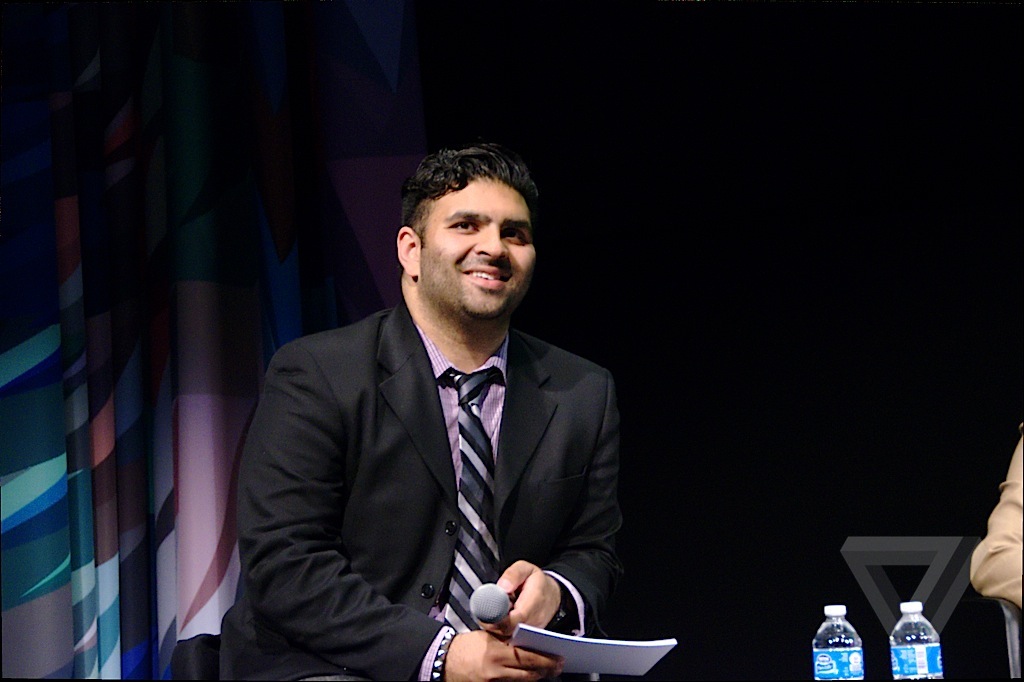 On education, all the candidates were quick to promise a "Kindle in every bookbag." Patel didn't let them off on the hook on this, but when he tried to dig into questions of cost and other specific details, it became clear few of the candidates had carefully thought it through.Some of them betrayed that they didn't understand the differences between a Kindle and iPad, with Carrion saying he just meant a "Kindle-like device."

"Give all the kids a BlackBerry and see how that goes," Patel said.

Part of the problem with the candidates is that they come off as tech tourists. This contrasts sharply with Bloomberg, who often boasted that as the founder of the financial-information company that bears his name and the creator of the Bloomberg computer terminal, he was chief of New York's most successful tech company. Whatever he was, Bloomberg seemed to understand what New York tech companies needed. Under Bloomberg's leadership, New York overtook Boston to become the country's second-largest tech center behind Silicon Valley. He also cut the deal that will bring the Cornell-Technion campus to Roosevelt Island.

It may turn out that New York's tech industry had a rare friend in Mayor Mike.