Will selling digital paintbrushes add up to a good business?

Share All sharing options for: Paper maker FiftyThree raises $15 million to build the Office suite of the future

A couple years ago, Microsoft vet Georg Petschnigg set out to redefine the way we draw, paint, and sketch on iPad. He assembled FiftyThree — a team of individuals — some of whom were left over from Microsoft’s scrapped Courier project, and began work on Paper. "We’ve just burned down our savings on this," he said, "to build tools we could use every day." Paper caught on, and was downloaded 1.5 million times in its first two weeks. Today, Paper has reached 8 million downloads and has been used to create over 80 million pages. The company has grown to 22 people, yet it still works out of Petschnigg’s Tribeca apartment building.

Today FiftyThree is announcing the next step in its journey, a $15 million Series A round of funding led by Chris Dixon at Andreessen Horowitz, and joined by a host of high profile investors like SV Angel’s Ron Conway, Highline Ventures, Thrive Capital’s Josh Kushner, and Twitter / Square founder Jack Dorsey. 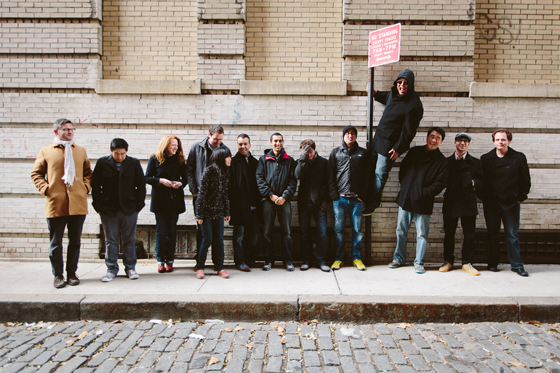 A big funding round might not mean much to the average tech consumer, but FiftyThree’s new money represents a vote of confidence from an investor community that has become increasingly skeptical of app startups. Paper has no built-in retweets or reblogs to fuel your need for attention and keep you coming back. It sells no freemium diamonds or rubies to help till your digital farmyard. It only recently added a gallery of artwork made by other users, the first Paper feature that required an internet connection. The company makes money by selling paintbrushes and a color mixer inside the app, hardly a rock solid foundation for a venture-backed business.

FiftyThree’s long-term goals, as well as its numerous accolades (like Apple’s coveted "iPad App Of The Year" award), are all part of the company’s appeal, according to investor Chris Dixon. FiftyThree began as a way to help "creators," as Petschnigg calls them — and he repeats this word over and over — but quickly evolved into a workshop for re-imagining common digital tools. A few examples are Paper’s color mixer, which has drawn widespread acclaim, its undo gesture, and its Expressive Ink Engine, which simulates real paint and ink on a digital surface. Paper has become one of the top grossing productivity apps ever, Dixon says. 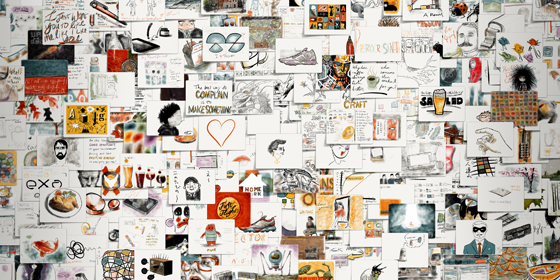 Petschnigg won’t divulge any details on the company’s future products (including the likelihood of an Android app), but reveals that collaboration will be critical to the future of Paper and upcoming products. "When you look at the web today and what social media has done by giving everyone a voice, or how Wikipedia has given us the ability to recall information — we really haven't figured out how to develop better ideas and new ideas together," he says. While dreams of collaborating on drawings, or perhaps even text documents, seem far off, some of the company's aspirations feel closer at hand.

Petschnigg has quietly amassed an all-star team of hardware designers for an undisclosed project, including John Ikeda, who designed every Xbox 360 accessory from the controller to the Kinect, Jim Koo, ex-director of mechanical engineering at Sonos, and Audrey Louchart, who designed Microsoft’s award-winning Arc Mouse. Thus far, however, FiftyThree has only shipped an iPad app.

"Our goal is to build essentially a suite of mobile tools for creativity."

FiftyThree has built an impressive team from a variety of backgrounds, but it will all be for nought, noble goals and all, if the company can’t make money. It’s tough to tell if FiftyThree will scale like a venture-backed business is expected to, considering it offers goods for a one-time fee and not as part of a subscription service like Dropbox. Paper remains at the top of the "Highest Grossing" chart in the App Store for now, according to Petschnigg, who says the company will debut "additional business models" at some point in the future. "When you look at the space we’re in (which has existed since 2008), we haven’t even seen something like Office emerge on the tablet side," he says. "Our goal is to build essentially a suite of mobile tools for creativity," which means for all intents and purposes, FiftyThree has just begun. Well, Microsoft just debuted Office for iPhone, but an app that defined productivity on desktops — ported to mobile — doesn't seem to be what Petschnigg has in mind. "It’s about imagining the right solution," he says, "and that takes time."