Inside Pocket: how a startup beat its rivals to build the 'DVR for everything'

Nate Weiner turned down millions from Evernote to stay independent — but how big a business can you build off a bookmarklet?

Share All sharing options for: Inside Pocket: how a startup beat its rivals to build the 'DVR for everything'

The day before he turned 27, Nate Weiner drove from San Francisco to Mountain View for the most important meeting of his life. Weiner — he pronounces it "WINE-er," and yes, junior high was a rough time for him — made a mixtape for the occasion, something to boost his confidence before he sat down at his first negotiating table. As Sam Sparro's "Black and Gold" played over the car speakers, he went through the slide deck in his head once again.

It was April 22nd, 2011. Weeks before, an executive at the remember-everything service Evernote had contacted him out of the blue with an offer to acquire Read It Later, now known as Pocket, which Weiner began building in 2007. What started as a Firefox extension designed to save articles he didn't have time to read had become, to Weiner's own surprise, an actual business: More than 3 million users at the time of the meeting, many of whom paid to download its apps for iOS and Android.

Ken Gullicksen, then Evernote's head of corporate development, made Weiner an offer "in the low millions." But Weiner thought it deserved more — "six times more," to be exact — and traveled to Evernote's old offices in Mountain View to make his case. Evernote's address on Evelyn Avenue, he noted, was 333. It happened to be his lucky number. 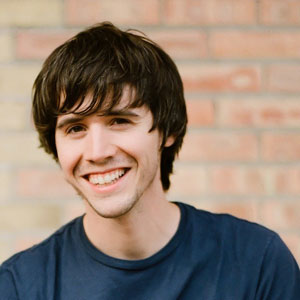 Like many things in Weiner's early career, Pocket began as a side project. His working life up until that point had been a series of experiments, restlessly abandoned. As a teen he built websites for local real estate agents and created walkthrough videos for GoldenEye 007. In college he studied criminal justice, but quit and moved to Colorado to work on 3D animation for an extreme-sports television station.

By 2007 Weiner was living in Minneapolis, doing freelance web development and thinking about making commercials. As he built websites he often collaborated with his girlfriend, Nikki Will, a designer who worked at an ad agency in the city. In his spare time Weiner worked on his blog, called Idea Shower, where he kept a running list of projects. One was a forerunner of the quantified self movement that tried to automate logging data about your day; another analyzed Twitter's firehose in real time to identify surging news topics. Three days after Weiner got it to work, Twitter cut off open access to its firehose. "It was like, I'm never working on someone else's API again," he said.

Weiner taught himself how to code, for the most part using tutorials he found on the web. In August he wrote his first Firefox extension, which when clicked presented two "obscenely large buttons" — one to save articles to read for later, and one to access the list of everything you had saved. On August 16th, 2007, he emailed his friends and asked them to try it out.

Attracting fans, and a nemesis

Inside Evernote headquarters, Weiner sat down in a conference room with Gullicksen and Phil Libin, the company's founder and CEO. Weiner walked them through his slides, telling them how Read It Later had attracted millions of users, and was earning hundreds of thousands of dollars in revenue. Will, who he had married in 2011, helped him with the app's look and feel; Max Weiner, his identical twin brother, built the Android app. Nate Weiner was still the company's only full-time employee.

The bookmarklet Weiner hacked together in his bedroom had attracted attention like nothing he had created before. A couple months after its release, the extension made the front page of Digg, a major source of traffic at the time. Lifehacker wrote about it shortly thereafter. He steadily added features: the ability to read articles offline; syncing articles across browsers; an iPhone app. The app, which usually sold for $2.99, provided the company's revenues. In 2010 he moved to San Francisco to work on it full time. 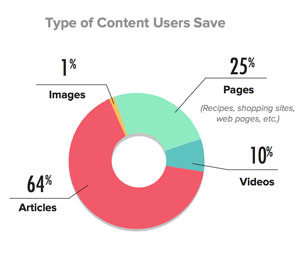 Almost from the start, he had competition. In January of 2008, Tumblr developer Marco Arment released Instapaper, which Arment argues was the first "true" read-it-later service. From the start, Instapaper offered support across browsers, a syncing service, a parser to clean up the text, and an offline reading mode — "the essential ingredients that make a read-later service," Arment put it. While Read It Later would attract other rivals, notably Readability, Arment was the most vocal in his disdain. "Weiner systematically copied almost every major Instapaper feature over the first few years of Instapaper’s existence," he said. Weiner denies copying Instapaper.

As Read It Later grew in popularity, so did Weiner's ambitions. He saw that his app was useful for much more than saving tutorials — it was also home to video, recipes, travel research, and even shopping. (The company says items saved in Pocket convert to sales at a surprisingly high rate; e-commerce features largely in Pocket's future plans.)

Meanwhile, his competitors tended to build for single platforms or operating systems. At the time of the Evernote meeting, Instapaper was unavailable on Android. Apple's Reading List feature, which would come out a few months later, is limited to the Safari browser. Weiner knew that most people worked across browsers and platforms, and that his company had to do the same. "Users don't want 10 buckets of these things," Weiner said. "They want one place that goes across everything."

Libin and Gullicksen listened intently as Weiner made his pitch. Libin, Weiner recalls, seemed enthusiastic about the prospect of working together. Read It Later was for saving things temporarily; Evernote was for saving things forever. It felt like a match. But Gullicksen was skeptical they could meet his price. Afterwards, they all shook hands and Weiner arrived back in San Francisco feeling hopeful. He and his wife had a pizza delivered. "We tried to absorb what had happened," Will said. "What is this new chapter of our life?"

Two days later, Gullicksen called back. Evernote still wanted to buy Read It Later, he said — but at the original price.

How much the company is eventually worth depends on whether time-shifting the internet becomes as popular as time-shifting television. Pocket belongs to the class of startups whose business model is essentially to create a new verb. Facebook brought us the like, Twitter the tweet, and Foursquare the check-in. Pocket aims to bring us the save, and to make money by working with publishers, retailers, and everyone else whose stuff the company is saving.

The Pocket team thinks of itself as a sister to companies like Evernote and Dropbox, services that allow you to save something in one place and access it later from anywhere. But those companies, founded around the same time, have grown much more quickly. Evernote has more than 60 million registered users; Dropbox has more than 100 million and says it is profitable. Meanwhile, Pocket has more than 9 million users and expects to hit 10 million this summer. After making its app free last year, the company has no revenues. 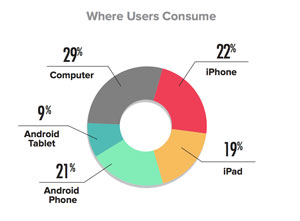 Weiner suspects that the problem that millions are using Pocket to solve will only grow more thorny. When he started, he wanted only to save articles within a browser. The original iPhone, which came out the month before Weiner's Firefox extension, helped turn mobile devices into a primary reading destination. Then came tablets, Google Glass, and other wearable computers. The world is transforming into screens, Weiner says, and Pocket will be the way we move things around them.

All of which is why, when Gullicken called, Weiner declined the acquisition offer. He had come to feel that Evernote saw Read It Later as a feature inside its product, as opposed to a full-fledged product of its own. Using a slightly modified version of his Evernote pitch deck, Weiner went out to raise venture capital. Jonathan Bruck, a startup adviser he had met online while working in Minnesota, made the necessary introductions. Two weeks later, they had a term sheet and the valuation they were seeking from Evernote. Pocket has now raised $7.5 million from investors including Foundation Capital, Baseline Ventures, Google Ventures, and Founder Collective.

For the first time, Weiner was able to hire a staff. The company now consists of 13 people — the same number Instagram had when it sold to Facebook — and includes Will as lead designer and Max Weiner as Android developer. Last year, after a bruising internal debate, the team re-branded Read It Later as Pocket — a warmer, friendlier name, they hoped, and something that reflected the fact that Pocket was designed for more than reading.

After a bruising internal debate, the team re-branded Read It Later as Pocket

In April, in a post on his blog, Marco Arment announced that he had sold Instapaper to Betaworks. He had lost enthusiasm for the product over the past year, he said, as he later explained on a podcast, had allowed it to fall into neglect. Ultimately, Arment came to the same conclusion about his product that Weiner had about Pocket: "To really shine, it needs a full-time staff of at least a few people."

Betaworks, the minds behind the new Digg, Bitly, Chartbeat, and Dots, will provide that staff. But at Betaworks, there is no talk of creating new verbs; the business model is downright old-fashioned by comparison. "It makes money when people download it, and it makes money when people subscribe to it," said Andrew McLaughlin, senior vice president at Betaworks and CEO of Digg and Instapaper. "We're focused on justifying to users that the tool is sufficiently awesome from the get-go. That's the business model that worked really well for Marco, and that's the one we want to build on." 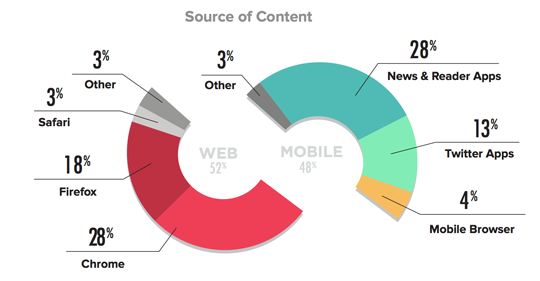 On Friday, the Pocket team gathered at their offices on Market Street in San Francisco to share the results of a week spent hacking. Together and in teams, Pocket employees presented new ideas for sharing Pocket with the world. The theme of the week was as simple as it was urgent: Make Pocket grow faster.

For many who use Pocket, it feels indispensable. Users save 1.3 million items a day from more than 400 apps that connect to the service. But to the average person, setting up Pocket can still be overwhelming. Someone just buying a smartphone would have to install a bookmarklet, download Pocket, download partner apps, log in to Pocket on those apps, then figure out how to save to Pocket from each one.

During hack week, employees worked on reducing that friction. "As soon as you understand it and you start to use it — we get these comments all the time: 'I don't know how I lived without it,'" Max Weiner said. "But there's a learning curve in between finding out about Pocket and getting to that point."

It's the kind of challenge that often leads young founders to sell their companies. At some point Pocket will need to start generating revenues — through affiliate links, deals with publishers, or other means. For now, though, Weiner says Pocket is thriving as an independent company. Luck and timing have given him the rare chance to build a product used at a massive scale. "To find yourself at the forefront of a fast-evolving industry is an amazing experience," he said. "All I ever wanted was to have people use my stuff."