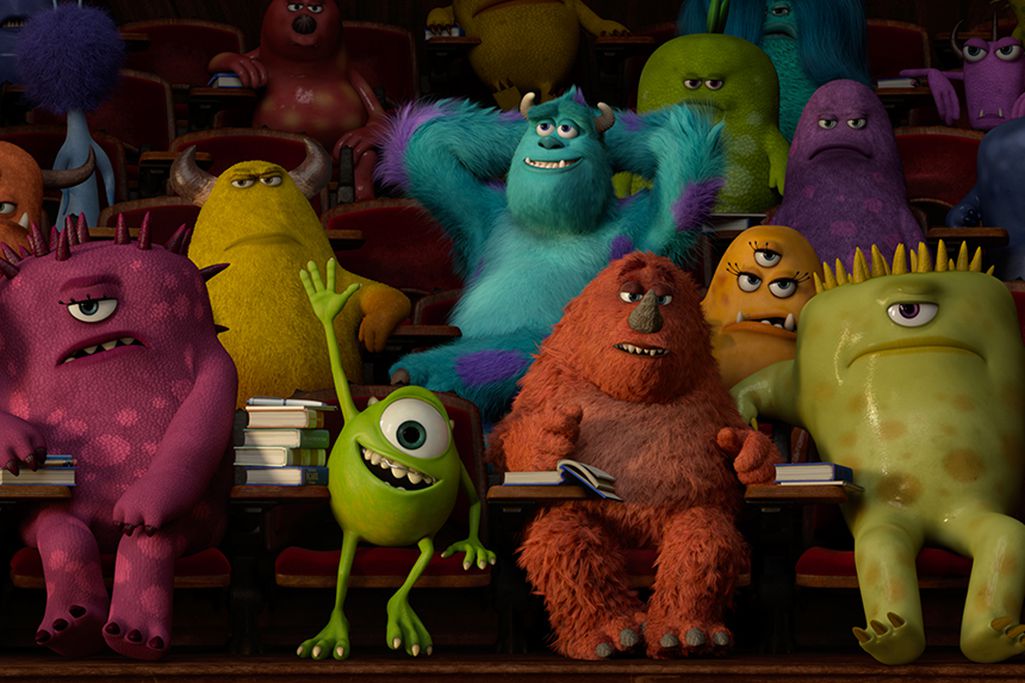 The film industry is obsessed with prequels, but there's one tiny problem: they rarely work. We know the eventual fate of the characters, so there are no stakes. We want to know more about iconic heroes, but seeing their backstory kills gravitas and mystery. From Star Wars to Prometheus, the landscape is littered with films set in familiar worlds that never come together — and often harm the originals they’re working from.

That’s the environment Monsters University is walking into. A follow-up to 2001’s Monsters, Inc., it’s a test not only of prequels but of Pixar Animation Studios itself. A good-natured callback to the college movies of the 1980s, it’s a tremendously entertaining family movie that shows Pixar hasn’t lost its storytelling chops — or its ability to challenge audiences. 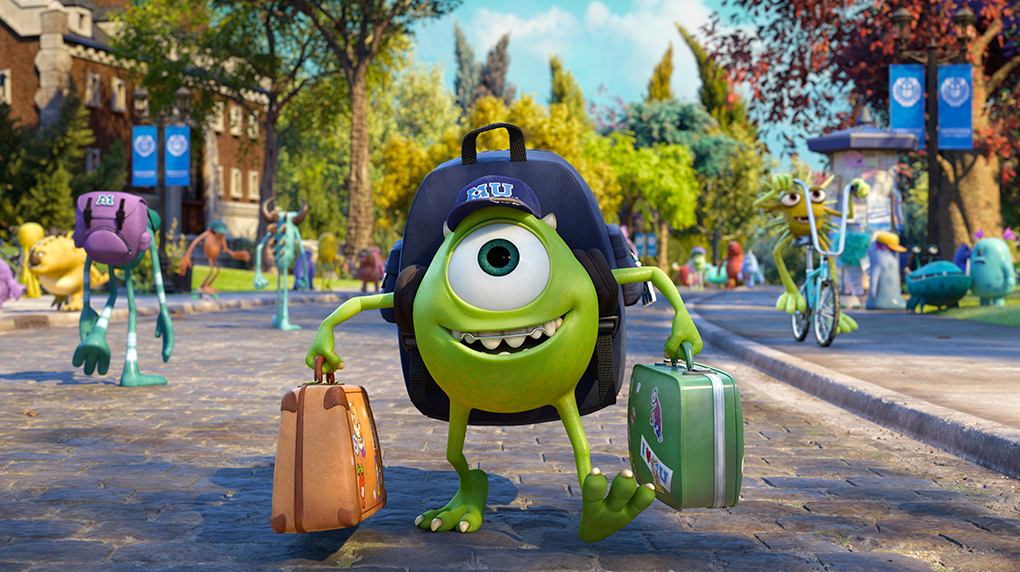 Mike and Sulley start as enemies 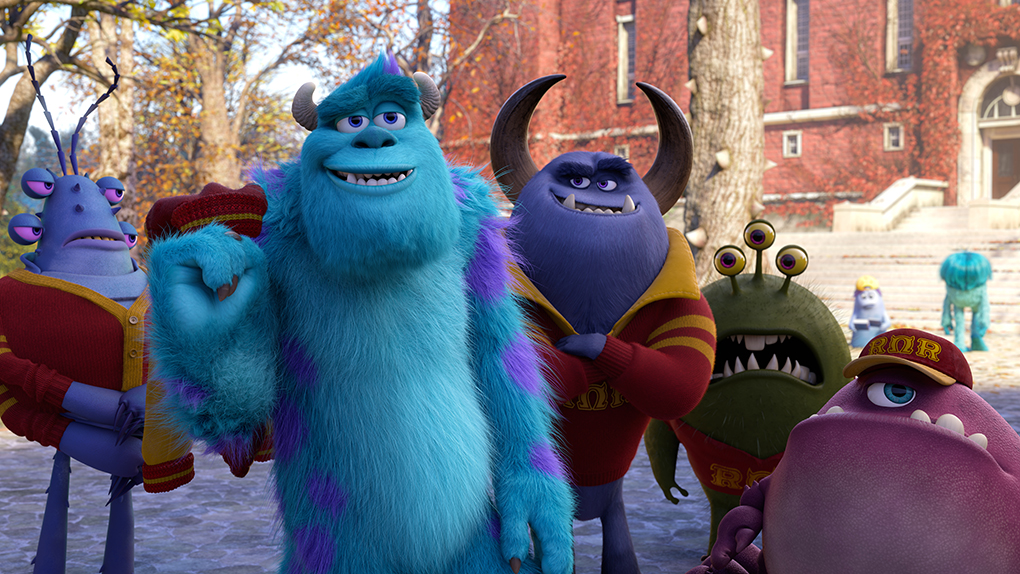 The movie introduces us to a much younger version of Mike Wazowski, an awkward elementary school student with a mouth full of braces and not enough friends. Nobody takes the giant green eyeball seriously, but on a class trip to the Monsters, Inc. factory Mike discovers the path he hopes will change his life: He’ll earn a degree from the prestigious Monsters University and became one of the scariest monsters the world has ever known.

Fast forward to Mike — voiced by Billy Crystal once again — arriving at the Monsters U campus, where he’s enrolled in the School of Scaring. Quite simply, Mike’s the nerdiest monster you’ve ever seen: a master of critical theory, but without a shred of instinctual, native scaring ability. His counterpoint and nemesis is the day-glo James P. Sullivan (John Goodman). Whereas the Sulley of Monsters, Inc. was a gentle soul, here he’s all jock swagger and bravado, the son of a famous monster himself who thinks he can breeze through classes with a few choice roars.

They both end up getting kicked out when they fail to deliver on a final, but Mike works out a deal with Dean Hardscrabble (Helen Mirren, her voice dripping with casual menace). Win the annual Greek competition — the Scare Games — and he’ll get back in. Desperate to clear his own name, Sulley aligns with Mike and the misfit Oozma Kappa fraternity to prove their collective mettle and get back on course. 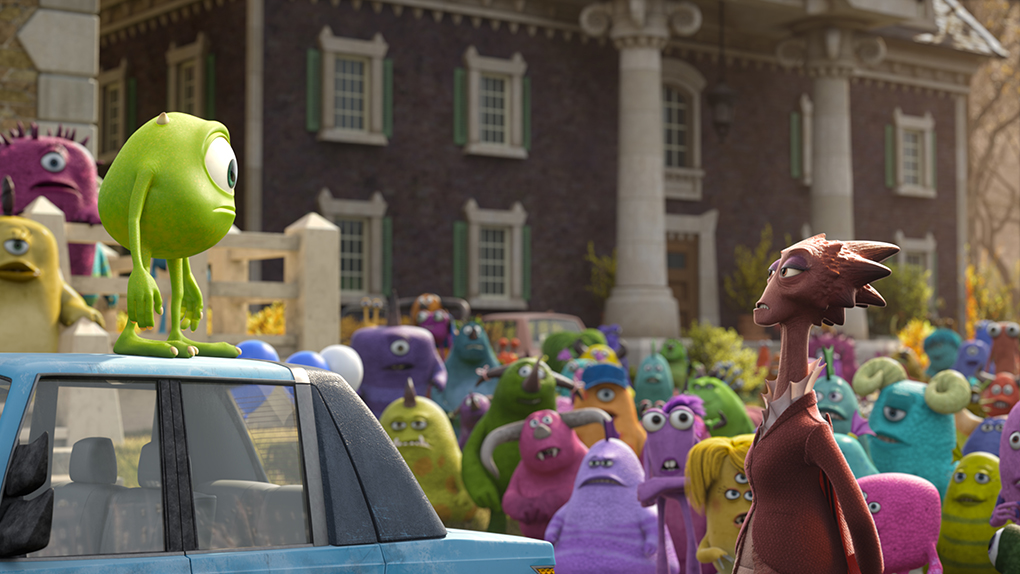 It’s a setup straight out of Revenge of the Nerds or Old School, and pulling that concept off in an animated movie is just one tightrope the movie is able to walk. Monsters University plays as a knowing nod to its more salacious influences, but still delivers on laughs and relatable conflicts for younger audiences. Pixar movies have always excelled at playing on multiple levels, but here it’s even more overt; when the Kappas attend a frat party, it carries the energy of a collegiate rager, but deftly sidesteps the stock college movie issues of drinking and late-night hookups.

The titular university itself is part Ivy League school, part Faber College, and director Dan Scanlon brings it to life with an extraordinary variety of supporting characters. If college provides students their first glimpse of a larger world, MU serves the same function for the audience: showing us more monsters than we could have imagined possible.

It makes for a movie that’s actually quite different from Monsters, Inc. Whereas the original had elements of serious drama — it was a movie about protecting the life of a little girl, after all — MU plays like the goofy comedies it’s drawing from. Not every joke hits its mark, but the members of Oozma Kappa provide gags for almost everyone. Pete Sohn’s gelatinous Squishy and the two-headed Terry and Terri (Sean Hayes and Dave Foley) are perfect for kids, while Joel Murray’s Don is a middle-aged businessman-turned-student aimed towards older viewers. The standout, however, is Art — a bizarre purple shag monster (voiced by Charlie Day of It’s Always Sunny in Philadelphia) that gives Slater from Dazed and Confused a run for his money. 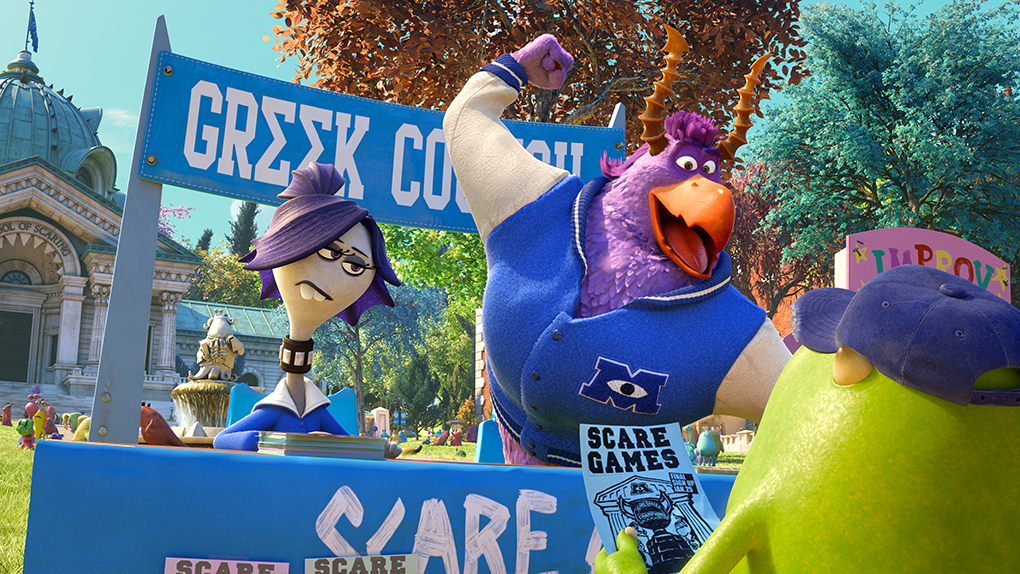 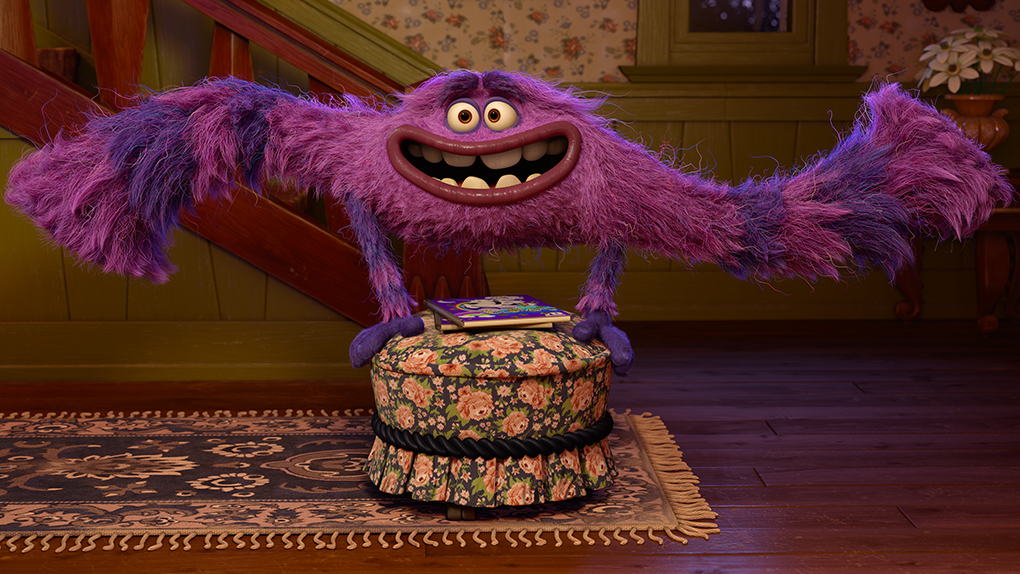 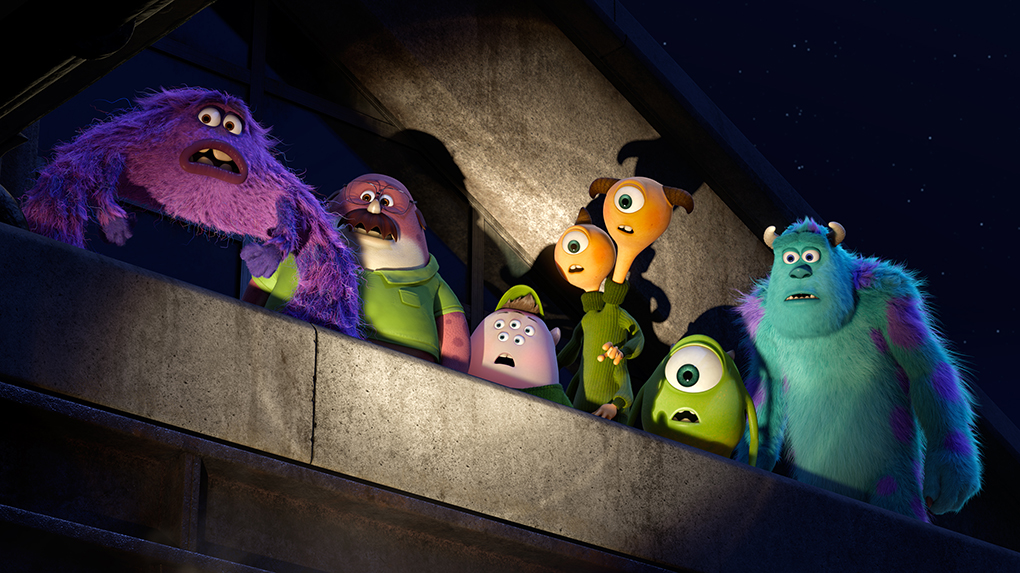 All the character bits in the world don’t matter if the movie isn’t compelling unto itself, and that’s where Monsters University really bucks the prequel trend. Where the original film focused heavily on Sulley, MU is all about Mike: his hopes, his dreams, and the realizations he reaches as he grows up. Scanlon and his co-writers aren’t afraid to take the leads in new directions, either. Sulley is, frankly, a jerk when we meet him — but the choice works because it sets up a self-contained journey that doesn’t rely on knowing the first film.

While certain plot turns are a given in the genre, Monsters University has no qualms breaking convention — and the film’s bravest choice may be something audiences don’t notice until they’ve left the theater. There’s a tendency in children’s movies, and in our culture in general, to push the idea that anything you want to do is possible. On one hand, it’s a beautiful sentiment designed to encourage the young and drive hope; on the other, it’s a whitewashed view of reality that can set false expectations (Fight Club’s refrain of “you are not a beautiful and unique snowflake” resonated for a reason). Monsters University has the courage to offer a nuanced take on the issue. When you’re young, the movie says, you will have plenty of dreams — but not all of them will be possible. There is something wonderful in all of us, however, and accepting our strengths and weaknesses can be the most important part of growing up.

Proof that Pixar still has that intangible magic

It’s a subtly subversive theme that demonstrates a tremendous amount of faith in the audience. The fact that it plays so well is a testament both to Scanlon and to Pixar as a whole. The studio has faced some real criticism over the last few years; for every Up and Wall-E, there’s been a Brave or Cars 2 that hasn’t lived up to expectations. It’s led some to wonder if the studio was losing the creative spark that made it so vital in the first place. Monsters University is proof that the company still has that intangible magic, and is able to make movies for children, adults — and the adults of tomorrow.

Monsters University opens in the US on June 21st.
Back to top ^