Or how a pro fell in love with photography again

Share All sharing options for: Post-process: why the smartphone camera changed photography forever

I am a professional commercial photographer. I have been for the last 25 years.

Throughout most of my career, I’ve had a hard time taking personal pictures — and for years I thought that shooting film was to blame.

I’ve always found shooting film nerve-wracking. The joy of the “latent image” isn’t quite so joyous when you’re wondering if the shots are actually going to come out. And it got steadily worse: The more experienced I became, the more I realized what could go wrong. The nerves were always there — occasionally with very good reason. The biggest thrill I got from a roll of processed film was the thrill of relief.

It’s difficult to explain these nerves to those who have only shot digitally. It seems to me that most of the millennial generation views shooting film as exciting and pure, like vinyl records or artisanal coffee. But trust me, it’s not: You don’t get sued if you scratch the vinyl, or destroy your reputation if you spill the cappuccino. Shooting with film is like flying at night. You have to completely trust your instruments: Your light meter is your life, and there’s often no second chance. 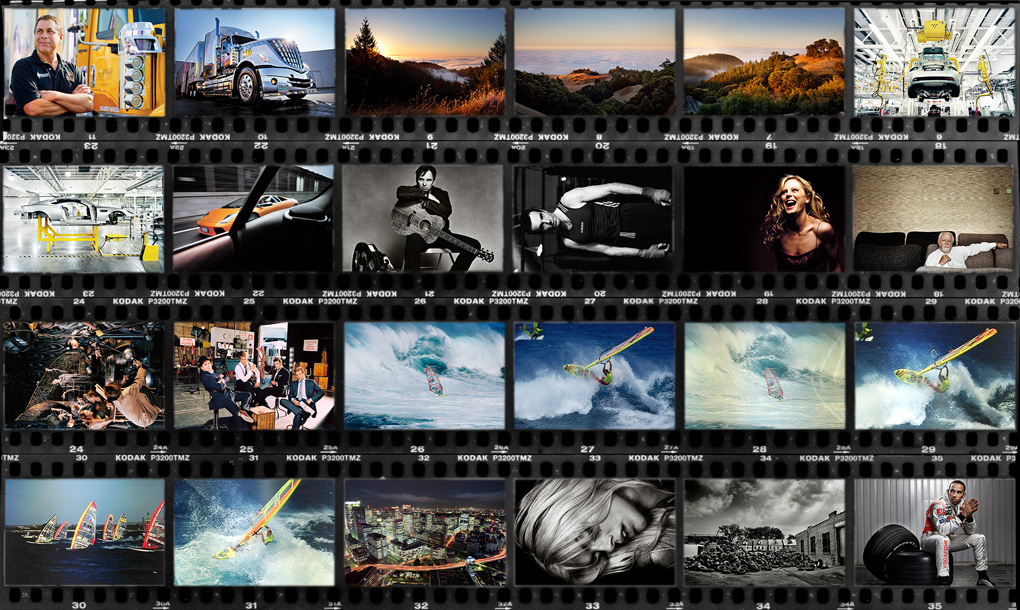 The photographs in this lightbox span 21 years; a mixture of film, digital, and some tears of nostalgia.

To test my theory that the camera no longer matters, I spent a few days shooting roughly the same pictures on an iPhone 5, a Sony RX1, and my precious Leica M6 Titanium (shooting film!). The last time I used my Leica was before Facebook was launched.

Compared to the iPhone and Sony RX1, the Leica M6 seemed extremely cumbersome to use; focusing is (and always was) insanely difficult, and there’s no light meter. Yet despite these particular idiosyncrasies, shooting with the Leica and RX1 was a surprisingly similar experience. I tended to consider my pictures more, take more time to frame the shot, and check the composition. But shooting with an iPhone was the exact opposite — it was far more instinctive and "free" from constraint.

Yet I don’t think that these dramatic differences are apparent in the actual photographs. I think the "instinctive" snaps on the iPhone are strikingly similar to the "considered" compositions taken on the Sony RX1 and the Leica M6. Which is no real surprise to me, and is probably the reason that my Leica M6 is now back in its glass case looking pretty, and the Sony RX1 remains in my bag.

My first big gig as a professional photographer was working on the Professional World Windsurfing Tour. I travelled the world shooting windsurfing events, which was generally as awesome as it sounds, except for when it came to processing the film. I shot practically everything on Fuji Velvia 50 ISO transparency film. With no time or budget to clip test (processing short "clips" of the film to check exposure), the film was sent straight to the lab and processed. Even worse, occasionally unprocessed rolls had to be sent directly to a publication to make a print deadline. When that happened, the first time I got to see my pictures was on the printed page. Terrifying.

I always thought that was the main reason I didn’t take many personal pictures: I simply didn’t need any more angst in my life. But I didn’t shoot that many personal pictures after I switched to digital, either. I tried a few projects, like general landscapes from my travels, or the view out of every window of every hotel room I stayed in over the course of one year. But no matter how enthusiastically I started, the pictures would most likely languish on the hard drives that had replaced my binders full of negatives.

When I was shooting film, the problem was the huge expense of processing and printing. With digital, the problem became the crazy amount of time it took to grade, retouch, and print my pictures. I loved shooting for myself, I just couldn’t justify the money, or the post-processing time – or both.

But in 2007, everything changed. The iPhone was launched. 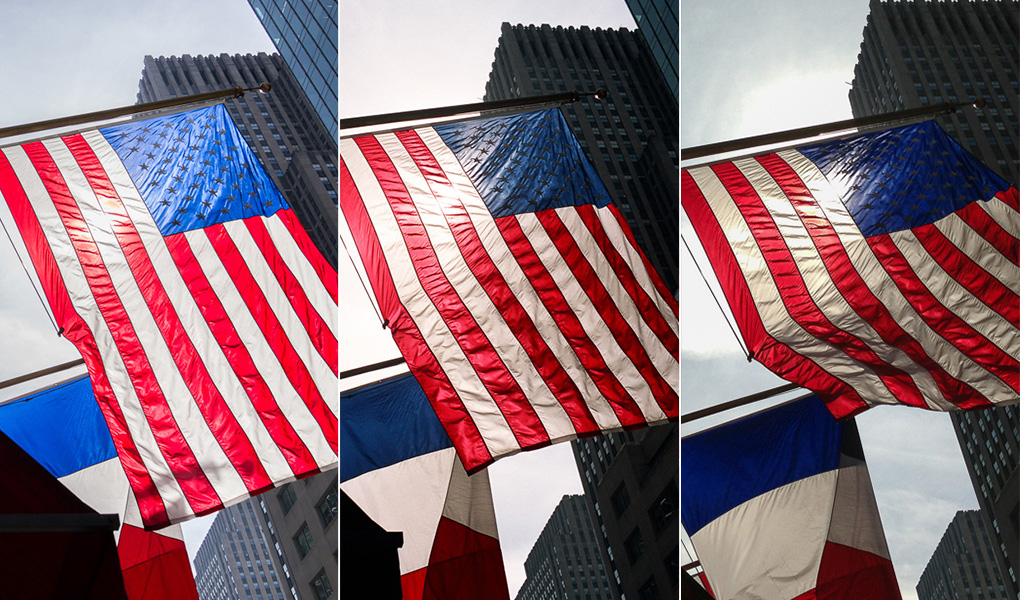 The iPhone was a "revolutionary mobile phone" and a "breakthrough internet communications device" — with a camera. It was certainly not the first phone to have a camera — and it probably wasn't even the best camera available in a phone at the time — but it certainly was the best camera in my phone. As soon as I used it, I felt a genuine, relaxed enthusiasm for taking pictures that I hadn’t felt for years.

The iPhone’s crappy 2-megapixel camera removed all of the normal concerns over image quality. Resolution, exposure, and color saturation were all uniformly terrible, but what did it matter because I was shooting on a phone... a phone! It was fun.

But with the launch of the App Store in the summer of 2008, and the huge number of photo apps that subsequently became available, I realized that this wasn’t just about the fun of shooting on smartphones; I was in the midst of a fundamental paradigm shift in photography.

Since the launch of the original iPhone and the arrival of the App Store, the differences between those photographs taken on a smartphone and those taken on regular digital cameras have become far less apparent. Not because the phone cameras are getting better (despite the ever-improving optics, sensors, and software on smartphones, there’s still a huge difference in quality between an iPhone camera and a Canon 5D Mark III), but because of where photographs are being viewed. The vast majority of imagery is now seen in the exact same places: on smartphones and tablets, via apps such as Pinterest, Facebook, Google+, Flipboard and most importantly, Instagram. At 1024 x 1024 pixels, who can really tell whether a photo was taken on an iPhone or a Canon 5D? More to the point, who cares?

Love it or loathe it (I love it), Instagram has fundamentally changed a great many perceptions of photography, not just my own. This is because Instagram lives on the devices that the vast majority of us are using to take the photos we share. It has fused the act of taking pictures with the act of viewing and sharing pictures. As a result, Instagram created one seamless user experience: Shoot, process, share, view, like, comment, shoot, process, share. Repeat. This process is now both ubiquitous, and a badge of honor. Users proudly tout "iPhone Only" on their profiles to distinguish themselves from those now using regular digital cameras — which many Instagram purists view as "cheating." 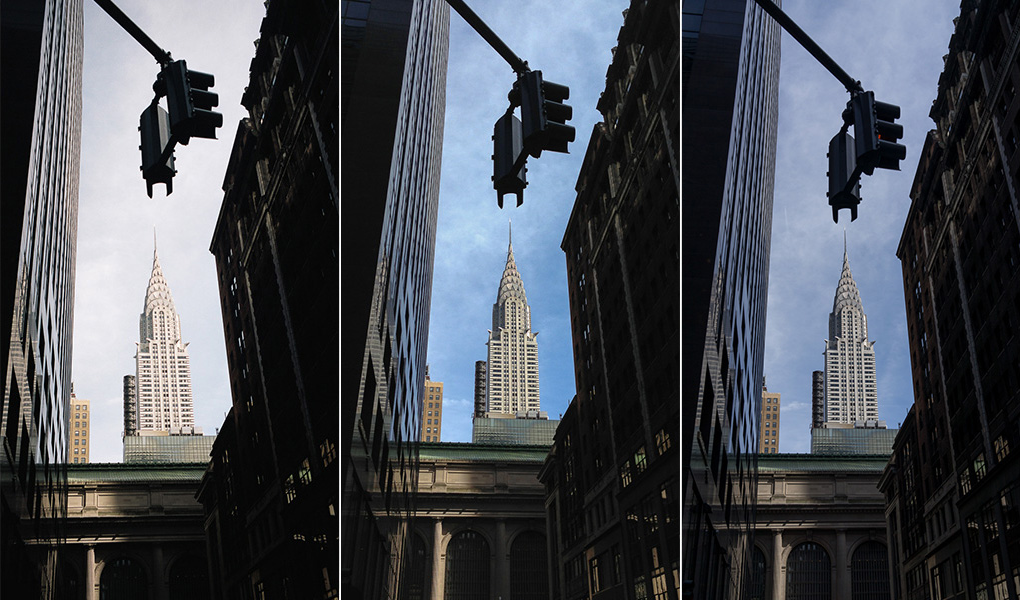 But, as regular digital cameras become more connected, there will be even more ways to share pictures. It’s not "cheating" to shoot on a digital camera, it’s just not relevant. Why does it matter to me what device you used to take a picture? I either like it, or I don’t. We are in the midst of the technical democratization of photography: Your equipment no longer defines you, your photographs do. Professional photographer or not, whether you shoot on an iPhone, a Sony RX1, or a Leica M6, it’s the creativity with which you take and share the pictures that matters to me, not the camera.

Your equipment no longer defines you, your photographs do

We, the audience, are not responding to the sharpness, the clarity, the minimal chromatic aberration or lack thereof — the technical quality aspects of this imagery. We’re responding to the honesty; to the realism; and to the intimacy of the photographs people are posting on Instagram, Pinterest, Flickr, etc. After all, we’ve never really seen it before. Or at least, not in such abundance.

The paradigm shift in photography is that everyday realism is more important than technical quality. It’s the honesty with which people take pictures of each other using a phone that makes it so compelling; the way people photograph themselves ("selfies"), their work, their food, their pets, their holidays, their lives. It is this authentic reality that we can all relate to — and this is what the advertisers are only now beginning to understand. A great image is a great image despite being shot on an iPhone, not because of it. If a picture is crap, it’s still crap even if it was shot on a high-end digital camera.

Though the iPhone may not have taught us all to love photography again, it most certainly taught me. Taking pictures is different; seamless, stress free, and enjoyable. The iPhone’s influence can be seen in my professional work. I now strive to shoot in a more natural, real and honest way; less lighting, more simplicity. The iPhone was also a catalyst. It introduced me to Instagram, Google+, Flickr, Pinterest, Tumblr, and an eclectic range of photo apps. All played a vital role in inspiring my newfound love of photography in this brave new real world. 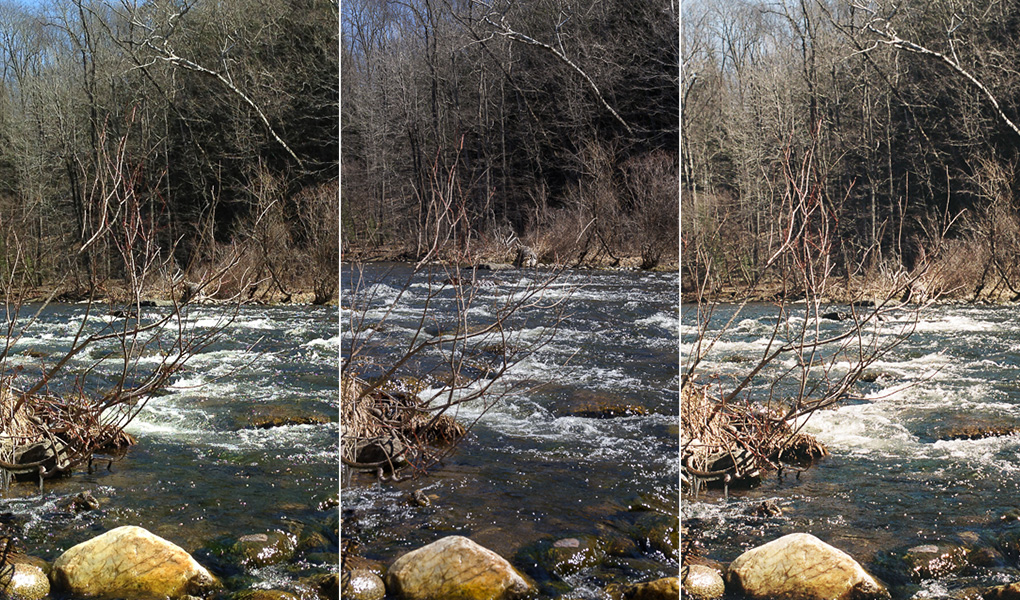 In truth, I think that this new reality revolution has only just begun. New wearable devices such as Google Glass are going to push this pace of change forward and on to even greater heights. In doing so, they may introduce us to a completely different kind of candid photography; a new tributary of pictures flowing into an ever-widening river of digital imagery.

The irony is that in many ways, this is nothing new. It is simply history repeating itself.

This is nothing new, it's simply history repeating itself

In 1913, Oskar Barnack at Ernst Leitz Optische Werke designed a revolutionary small, light camera that used 35mm cinema film — the Leica. Barnack wanted to make photography accessible to far more people; to give those people greater opportunity to photograph the world around them without having to relying on bulky, expensive equipment; to shoot candid, real pictures of their lives — a radical departure from the stiff and formal portraits of the time. He designed his camera to be an "integral part of the eye" or an "extension of the hand." Barnack’s invention of the Leica led directly to an explosion of a totally new kind of photographic social documentation of real life; something that had never been seen before.

In 1913, the Leica camera enabled photographers to take an entirely new kind of picture, and its success had very little to do with better image quality. Ninety-four years later, the iPhone helped kick off another revolution that not only changed the way we take and view photographs, but changed the way we view the world.