Betaworks: the startup factory behind 'Dots' and Digg keeps evolving

Betaworks: the startup factory behind 'Dots' and Digg keeps evolving

Betaworks, the New York-based startup factory founded in 2007, is having a good run. In the last year it took over and reinvigorated the ailing social new service, Digg; launched a chart-topping iOS game called Dots; and saw Tumblr, in which it was an early investor, sell for more than a billion dollars. It’s a tryptych that nicely illustrates the company’s unique strategy: build, buy and invest.

It’s always been difficult to put a label on Betaworks. It’s been called an idea lab, a digital studio and a "company that builds companies." It goes out of its way to declare that it's not a startup incubator like Y Combinator or a traditional venture capital fund. Whatever the moniker, the model it’s developed — fast, agile, and not afraid to fail — seems well suited to today’s tech environment.

"If something fails six months down the road, we’re not afraid to kill it and move on."Take the Hacker in Residence program it just completed. Eight veteran programmers joined the company for a four-month stint. In the first few weeks they jammed through hundreds of ideas. Eventually they settled on a dozen. They prototyped and played with them. The ones that didn’t find traction were killed off. Teams coalesced around the projects, like the GIF search engine Giphy, that seemed to have legs. In the end, an ecclectic mix of five new startups were born: a game, a search engine, a weather service, a collaboration tool for musicians, and a daily video delivery app.

"The incubator is the old model," says Alex Chung, one of the hackers, who previously went through Y Combinator. As a founder in those programs, he said, "you become so invested in one idea, and pour all your energy into recruiting and fundraising for that dream without really knowing if it works." At Betaworks, Chung had the freedom to experiment, throw ideas away, then quickly assemble a team when an idea found traction with users. "The world of mobile apps, it’s like the record business, it’s all about hits." 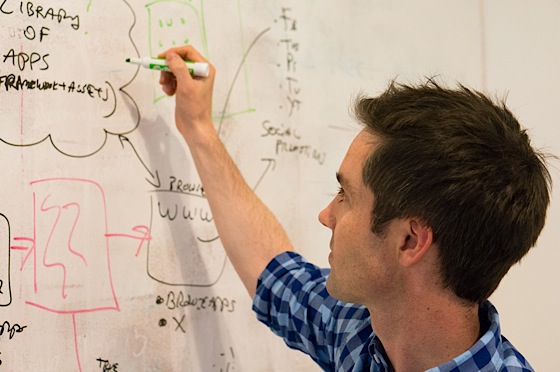 In other words, keep cranking out the singles and see what sticks. Betaworks is more interested in new products than aspiring CEOs. As its statement of purpose declares, "We attract the kind of people who could start their own company, but they don’t want to run a company. They’d rather be the co-founder of eight things than tied down for years as the sole founder of one."

Each of the projects that came out of Hacker in Residence is now a micro-company of sorts, incorporated as a separate entity, with equity split between Betaworks and the founders. "We are primarily focused on building. That is what sets us apart," says Paul Murphy, the SVP of product at Betaworks, and former chief of staff of Microsoft Office's product division. "And if something fails six months down the road, we’re not afraid to kill it and move on," says Murphy.

The company’s detractors say this approach is a cop-out. "What great startup hasn’t had an ‘oh shit’ moment where everyone said their product was going to fail?" asked one prominent New York tech investor. "If you don’t force founders to see things through, you’ll never create a big, successful company."

For now, Betaworks can afford to keep experimenting. Two of the startups in which it was an early investor and operating partner, Summize and Tweetdeck, were both acquired by Twitter, sales which netted cash and stock worth around $50 million, according to sources familiar with the deal. Investments in Tumblr, Groupon, and OMGPop, which sold to Zynga for $200 million, also paid out. It was these hits which let the company give a healthy payday to its original investors and lay claim to being profitable. It continues to make numerous seed stage investments, with 11 deals so far this year.

The tremendous success of its investment portfolio, however, led the company to a critical juncture. For years, Betaworks co-founders John Borthwick and Andrew Weissman sat facing one another in Betaworks' bright, airy office space in Chelsea. They were seen as the yin and yang of the company, with Borthwick more focused on operations and product, Weissman on investments, but each feeding off the other's energy and intellect.

In the fall of 2011, however, the pair was divided on what the future of Betaworks should be. Weissman wanted to go out and raise a traditional venture capital fund, to expand the company’s investment arm so that it could do more deals and write bigger checks. The debate ended up splitting the founding duo. Weissman left for a gig as a VC at Union Square Ventures, and Borthwick took sole control of the reigns at Betaworks, where he doubled down on the original mission: to build companies. 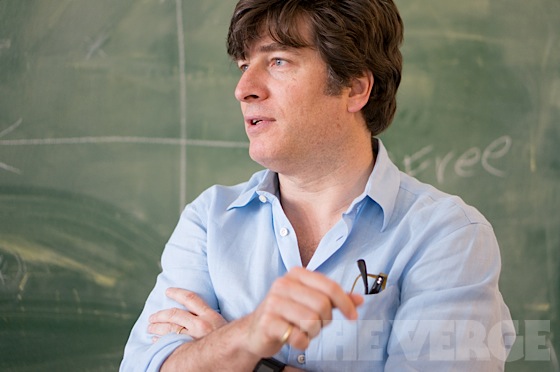 "This is really a second chapter," Borthwick explained. The first generation of companies it built and operated — Chartbeat, Bitly, and SocialFlow — were enterprise software firms that made money providing services to other businesses. For its next act, Betaworks is shifting focus. The second class of companies are consumer-facing and data-driven with an increasing emphasis on mobile.

The biggest piece of that puzzle so far is the new Digg, which Betaworks purchased in July of 2012. The service was once an innovator in social news and had been among the largest drivers of traffic on the web. But Digg had fallen on hard times, hemorrhaging users and burning through over $200,000 a month in hosting costs alone.

The Betaworks team took the site apart, rebuilt it from the ground up, and cut those costs to less than $20,000 a month. The user numbers did a U-turn and Digg is once again being mentioned as a real driver of attention on the web. Inspired by their success, the Digg team has taken on an even bigger challenge: building a replacement for Google Reader in just three months.

This rapid pace of development is made possible through collaboration. Young companies can leverage the huge amount of data Betaworks has built up on the real time web. They also share engineering and design talent. "There are things that would take a lot of effort if you had to build it yourself from scratch," says Neil Wehrle, who leads up user experience at Betaworks. "For example, creating a flow for a new user to log in, create an account, and connect to Twitter and Facebook. That is something we have done before, and have built a template our companies can draw on." 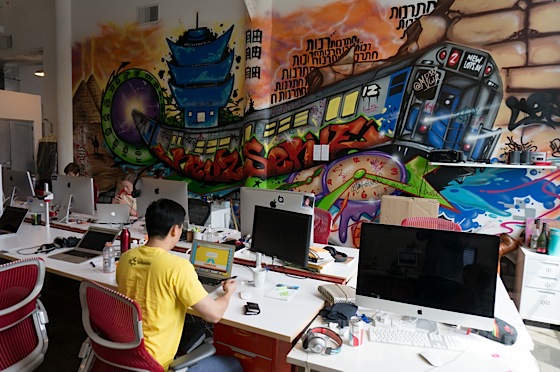 To help craft this new generation of Betaworks companies, Borthwick has brought on a number of new hires. Sam Mandel joined from Tweetdeck to run corporate development. Andrew McLaughlin, formerly of Google and the White House, is the new CEO of Digg. Gilad Lotan left SocialFlow to become the company's chief scientist. And Nicholas Chirls is focusing on Betaworks' seed investments. "I've got a dream team behind me," says Borthwick.

"The money isn't what gets us up in the morning."The decision to focus on building over investing is definitely the riskier approach. So far Betaworks hasn’t created a company that could finance its operations. But it’s forging ahead. "There has always been a tension between the mission and the bottom line," says David Shen, a Betaworks advisor who has been with the company since its early days. "A lot of people on the outside say, ‘Don’t kid yourself, it’s the fund that pays the bills.’ But the money isn’t what gets us up in the morning. We’re entrepreneurs trying to build something new."

There are early signs that business models are being tested across Betaworks’ young companies. Dots, its chart-topping iOS game, lets users pay for power ups. Digg has begun advertising on its home page and plans to charge a subscription fee for the premium version of its RSS reader. And Tapestry, a mobile storytelling app, recently partnered with big brands like Dove and GE. Betaworks also recently purchased Instapaper, which has long had a profitable business model, and fits nicely into its growing ecosystem of media properties.

Unlike the first generation of companies, which eventually raised outside funding and became independent, the goal now is to keep these projects in-house for the long haul. Borthwick called it "a new stage in the long-term evolution of Betaworks from where we began — a hit-driven start-up factory — to what we dreamed to become: a data-driven media company capable of building and compounding value over time."

READ MORE: How a small team raided Google's trash to build an RSS tool for the modern world