Was the one we’ve been waiting for worth all the wait?

CES is mostly just one hellacious blur. Here’s a gadget, and another gadget, and a hooker, and a gadget, and hey do you want to know about my Kickstarter? At CES 2013, laptops were particularly hard to keep track of; everywhere you looked, a manufacturer had some novel way for you to spend $1,000 on a Windows 8 ultrabook.

Through all the chaos, the Lenovo ThinkPad Helix somehow stood out. The detachable tablet / laptop hybrid had it all: full-powered Windows 8 with an impressive spec sheet, two batteries that together promised huge longevity, and the possibility of using one device capably as tablet, laptop, and more. It even had a fan in its dock that would let you automatically overclock its processor — the Helix sounded like a power-user’s dream. It was due in February, and I wasn’t the only one excited about it.

Now it’s June, and the Helix is finally here. It still offers everything it promised, and I’ve been waiting a long time to get my hands on it. But the market’s changed: there’s a new breed of Intel processors, a crowded market of detachable devices that haven’t exactly taken the world by storm, and an as-yet unsettled debate over what a Windows 8 PC should look like.

Late or not, the Helix might still have a chance. The $1,679.99 Helix prices itself out of the low-end market, but can it be the premium Windows laptop we’ve been waiting for?

The Helix looks like someone took apart a laptop, handed someone else all the pieces, and said “make a laptop.” The resulting construction is mostly right — all the key parts are in the right place, unlike whoever did this experiment at Acer — but the Helix feels to me like someone put a couple of screws in the wrong place, glued a few things a little too tightly, and maybe lost a couple of pieces along the way.

For starters, the Helix is chunky. A 1.8-pound tablet that docks into a two-pound dock with a keyboard and trackpad, it’s heavy without being eye-raisingly so, but it doesn’t wear its weight well. When it’s docked it’s really top-heavy — that means it’s hard to open with one hand, and it’s easy to tip over or rock on its hinge if you tap the screen too hard. It’s also thicker than I’d imagined an 11.6-inch ultrabook might be, at half an inch for the tablet and 0.8 inches for the whole kit — Lenovo clearly picked the kitchen sink approach rather than the sleek one.

Choosing the right parts is only half the equation

Both Helix halves are matte black with red accents, made of the same vaguely rubbery carbon fiber as the ThinkPad Carbon X1. They connect via the single most insane, convoluted, complex hinge I’ve ever seen. It connects in six places, a mix of steadying holes and connecting ports. You have to line the tablet up just so, and use two supports to guide it down onto the dock. Don’t try to move the hinge without the tablet in it, either — it takes near-superhuman strength, and feels like you’re about to snap the part off the dock.

The rest of the tablet’s bottom is full of ports that become completely inaccessible when you dock the device. There are two USB ports on the back of the dock, along with a MiniDisplay port; there’s a USB 2.0 port and another MiniDisplay on the tablet itself, plus SD and SIM card slots.

The hinge does at least give the Helix some Yoga-like flexibility. You can put the tablet in the dock in either direction, so you can have the screen facing away from you in a sort of presentation mode. You can also lie it down flat with the screen facing outward, though at that point you’re really just turning your tablet into a heavier tablet. Add all that to the fact that you can just press an awkwardly extruding button on the left side and detach the tablet from the base, and the Helix is probably the most versatile Lenovo ultrabook yet.

There are design problems everywhere, though, and it all starts with the hinge. And I haven’t even gotten to the weird metal flap on the back, which looks like a support for the tablet but is really just a cover for a bunch of hideous mechanisms and fans. It got caught on things in my bag, and it just feels like bad, lazy design — “Hey this is ugly, but it’s cool, we can just cover it up!”

From the X1 Carbon to the Yoga 13, Lenovo clearly knows how to build simple, minimal, classy laptops, and yet from the same company comes this mess of exposed screws, awkwardly located rubber feet, and a seam on the base I could pretty easily pry apart. The whole laptop is a mish-mash of odd angles and asymmetrical designs, which feels particularly odd coming from Lenovo. There’s no excuse for this, and no reason for it — building a sturdy, docking hinge can’t be hard enough that everything else goes by the wayside. Lenovo didn’t even get the hinge completely right, either: I constantly tried to push the screen back further, because its normal angle forces you to slouch a bit to see it head-on.

It’s an ambitious design, and obviously a difficult one to do well. But Lenovo didn’t do it well. And that’s not the only place the Helix doesn’t hold up, either.

The 11.6-inch screen on the Helix is a beautiful, 1080p IPS panel that gives whites the slightest gray tint but otherwise looks fantastic. Viewing angles are great, colors are accurate, touch response is excellent, and everything is tack-sharp. But it runs into some of the same issues as the Sony VAIO Pro, where pixel density actually becomes a problem — cramming this many pixels into such a small space makes almost everything too small, from webpages to app icons. Anything from the Windows Store looks fine, but everything else scales wrong.

It’s annoying to have to carefully mouse over the world’s tiniest pause button in YouTube, but it’s far worse being forced to mash my (apparently gigantic) finger against the screen, hoping I’ll pause the video and not accidentally mute it. As I said about the VAIO Pro, Microsoft has a lot of work to do — buyers are starting to demand high-res screens, and Windows 8 just isn’t ready yet.

The bundled digitizer pen, which slots into the top left corner of the tablet, seems to be a tacit admission on Lenovo’s part that the high resolution is a problem. And it does help: it has the same hovering preview features as the Surface Pro, and makes finding tiny touch targets much easier. But it’s otherwise a pretty basic pen, and it’s not a good enough solution anyway.

The upside, of course, is that 1080p video looks pretty great on the device. It doesn’t sound particularly good, though; audio comes out of two slits in the front of the tablet, and though they’re louder than most just because they’re actually pointing at your face, they’re tinny and still a little quieter than I’d want.

All you need to know about the Helix’s keyboard is that it’s a ThinkPad. From the slightly curved, concave keys to the red TrackPoint nub in the middle, it’s every bit as good as always — springy, rich with function keys, and even roomier than I’d expect from an 11.6-inch device. The only sacrifice to size is the crowded arrow keys, but I can get over that. Lenovo makes the best Windows keyboards, and that hasn’t changed here, even if I can’t believe it’s not backlit.

The trackpad, too, is at the top of its class. It’s smooth and glassy, and impressively responsive – though two-finger scrolling can be a little jumpy at times. Lenovo’s tweaked its ThinkPad formula a bit: instead of having two buttons at the top for TrackPoint users to click with, the trackpad is now much bigger, and all its corners are clickable. It’s better-looking, and more usable besides; I don’t mind the TrackPoint so much here, because at least it’s easy to ignore.

Of course, the normal Windows trackpad problems still apply. The Helix’s cursor has a weird habit of freezing, and some gestures can be unresponsive — Lenovo makes good trackpads, but here, as with the resolution, Microsoft needs to help.

Powerful, and due for an upgrade

On day one, the Helix is already outdated. Even as Intel’s new Haswell chips ship with promises of better performance and incredible battery life, the Helix ships with a 1.8GHz Core i5 Ivy Bridge processor, along with 4GB of RAM and between 128GB and 256GB of solid-state storage. It also comes with a fairly clean version of Windows 8, marred only by Lenovo’s series of business-minded apps and a whole lot of Intel and Norton popups.

Performance is solid, and the Helix powers everything from the Windows 8 interface to relatively heavy apps with ease. It’s easily among the most capable Windows tablets I’ve used, rivaled only by the Surface Pro; it’s even better when it’s docked, because the built-in fan in the dock allows the Helix to overclock its processor and run even faster. I didn’t notice the bump most of the time, but definitely felt the difference between running a heavy app like Adobe Illustrator in tablet vs. laptop modes.

The present is bright, the future even brighter

But Haswell promises another bump, particularly with graphics — that’s important future-proofing, and might also mean the Helix, which is currently completely incapable of playing any kind of graphically intensive games, could do a little better. Haswell chips are clearly the future, and though I’m sure there’s a Helix coming with Intel’s new chip inside, right now the device feels old from the minute it comes out of the box.

When it does get a Haswell upgrade, battery life is going to be ridiculous. Even now, the Helix scored eight hours and eight minutes on the Verge Battery Test, which cycles through a series of websites and images with brightness set to 65 percent — that’s a rare number for an Ivy Bridge machine. It’s also with both parts connected; the tablet alone lasted five hours and five minutes, which is a really low result compared to the iPad but is sadly par for the Windows 8 tablet course. If Lenovo can figure out how to double the Helix’s battery life the way Apple doubled the MacBook Air’s, it’s going to be insane.

Our review of Lenovo ThinkPad Helix 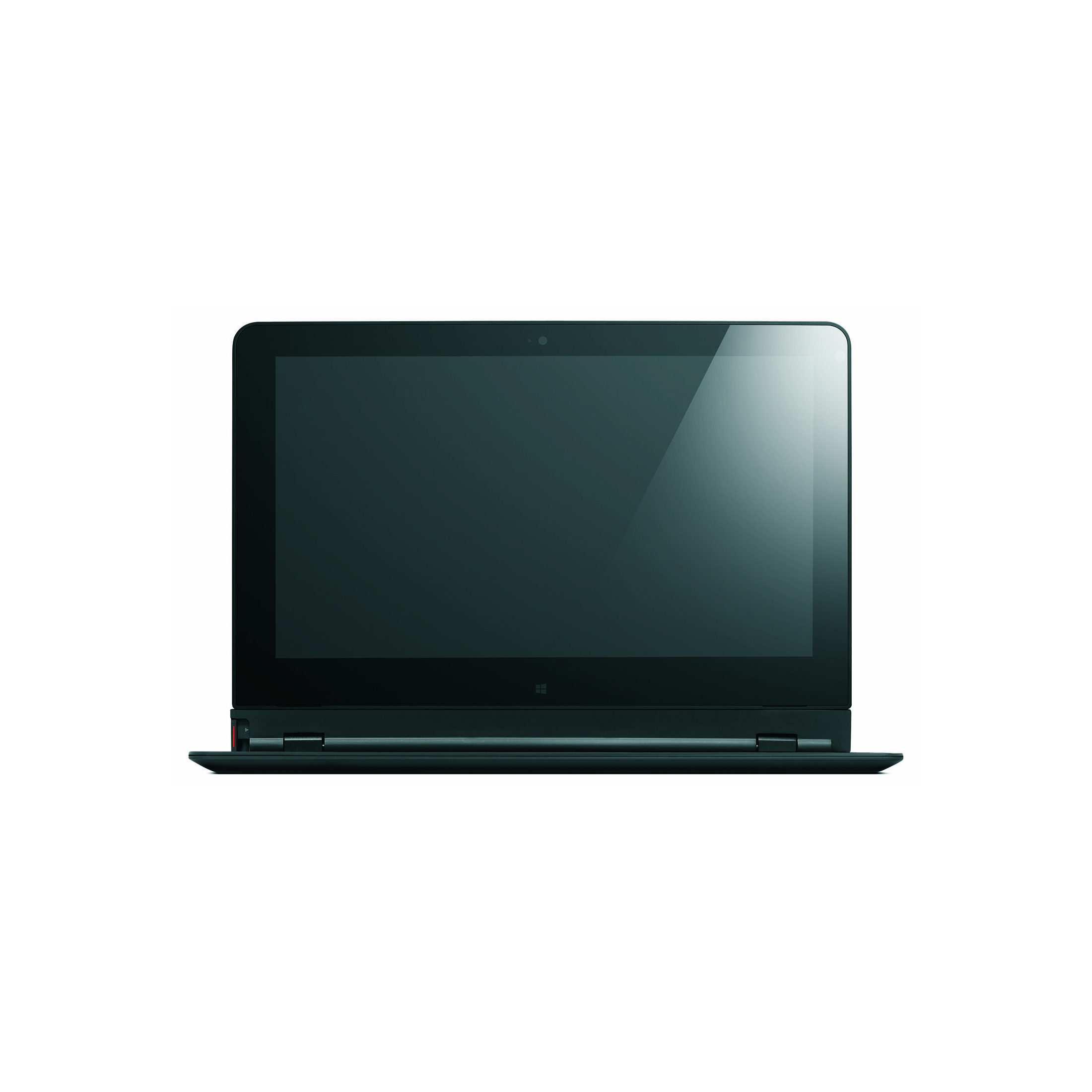 If Lenovo can figure out the design, the next Helix could be great

On one hand, there’s really nothing like the Helix. It works well as a tablet and a laptop, has solid battery life, and offers a mix of power and versatility I haven’t really seen from a device this size. It’s like the Surface Pro with a better, sturdier keyboard and better battery life — maybe that’s enough for some people. But it’s not for me. $1,679.99 can buy you a lot of laptop from almost any manufacturer, and it’s too high a price to pay for too little attention to detail here. I want a device that is sleek and beautiful, equally laptop and tablet, not a jumble of parts designed to awkwardly mash the two devices together.

The worst part? Lenovo clearly knows how to make a nice laptop, and even a good laptop this versatile. If you want a tablet that is also a laptop, the IdeaPad Yoga 13 and 11 have great keyboards and trackpads, and they pair them with a design that doesn’t look hacked together in a garage. As a laptop, the ThinkPad Carbon X1 is thinner, lighter, and better in almost every respect.

All the right parts are here. Lenovo just needs to spend a little more time putting them together next time.