It's par for the course these days; in the lead up to the launch of a new iPhone, leaks come thick and fast. Some are as meaningless as a slightly redesigned speaker bracket, while others could have much larger implications for Apple's flagship product. A purported iPhone "5S" leaked this Thursday, courtesy of MacRumors. Apparently a fairly old prototype, the device has what looks to be a dual-LED flash, along with a 5.92Whr battery, which is around 8 percent larger than the 5.45Whr battery found in the iPhone 5. According to numerous sources, the iPhone 5S will be released this fall alongside a cheaper plastic iPhone.

A fingerprint scanner could come to the iPhone 5S

The prototype leak appears to confirm case makers' schematics (revealed by Apple Insider) that point to a dual-LED flash being included in the iPhone 5S. A far larger change has been rumored recently, with Reuters and other sources claiming that a biometric fingerprint sensor is headed to Apple's new phone. Biometrics were rumored for the iPhone 5 last year after Apple purchased Authentec, a security company that holds patents for fingerprint tech. It's thought that such a sensor could be embedded into the iPhone's iconic home button to add an extra layer of security. 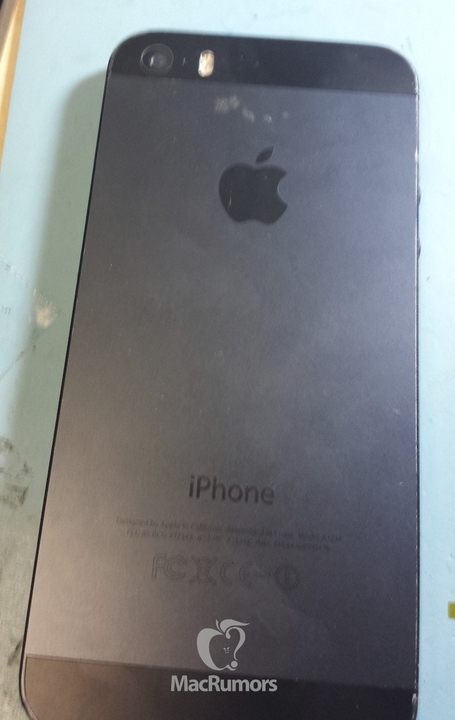 Beyond those changes, not much is known. We've seen a few side-by-side shots of the next-generation iPhone's display assembly, and we expect a major internal refresh — all 'S' models have represented a performance boost when compared with the previous generation — but rumors of a double-pixel-density display seem unlikely to come true. We'll continue to bring you all the news on Apple's plans for the iPhone as it comes.