Over the past year, Fujifilm’s X series of compact cameras have won a lot of converts, and today we’re seeing the first leaked images of the X-M1, its first entry-level interchangeable lens body in the range. Posted by Digicame Info, the images show the same trademark faux leather and brushed metal retro styling found on the X-E1, ditching the electronic viewfinder, but keeping the same pop-up flash and hotshoe found on its more expensive sibling. Judging from the photos, it also adds a tilting LCD and Wi-Fi connectivity. But where the X-E1 favored direct control over shutter speed and exposure compensation, the X-M1 re-maps the dual control dials to a mode selector and what appears to be a general purpose scroll wheel. It looks like Fujifilm is going after less experienced photographers at the expense of turning off more demanding users.

There hasn’t been an official announcement from the company, but Fujifilm Rumors speculates it will run somewhere in the $600 range. We’ll update you as soon as we hear more information about pricing and availability, but in the meantime, head over to Digicame Info for more photos. 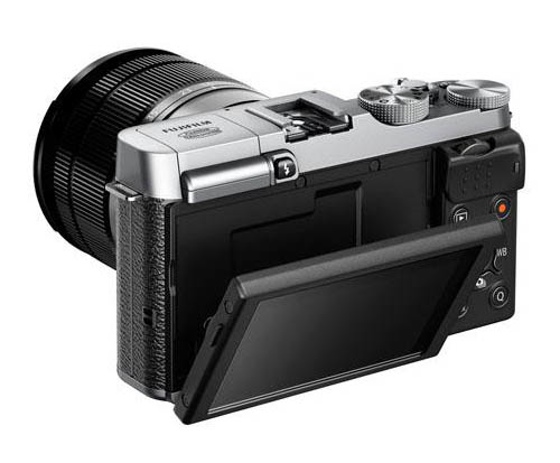