About a year after Leap Motion's "Kinect on steroids" controller made its debut, Leap's Airspace app store has finally moved into beta testing. Access to Airspace will be available on both the Mac and PC, and is limited to the 12,000 or so developers who currently own a Leap controller. As of today, there are about 50 apps in the storefront. But by the time the Leap controller and Airspace formally launch to the public on July 22nd, the store will have about 100 apps to choose from.

Monday's beta launch is rolling out to developers slowly, and those with access will be notified via email, said Elliotte Bowerman, a Leap spokeswoman. The Airspace beta will also introduce operating-system level controls for OS X, Windows 7 and Windows 8, which will allow anyone with a Leap controller to use the device to navigate around either OS as they would with a mouse or trackpad — we've seen demos of this in the past. We were also able to test out Airspace and this OS-level control last week at Leap's San Francisco offices and it all worked well on both an iMac and an Asus Window 8 desktop. Since Windows 8 is an OS built to be used completely with a touch screen, using gesture control on a Leap device felt mostly natural since the swipes and taps are all the same, just performed in the air rather than hand-to-display contact.

Not sure where to wave your hands? There's an app for that

Of course, knowing where to wave your hands in relation to the Leap device takes some getting used to for those who haven't spent much time using the motion controller. But there is an app for that called Magic, that Leap has built, which we also got to try out. Magic is an interactive walkthrough that illustrates where the Leap's field of vision is. As a user wavers their hands around within the Leap's view, the app responds, filling the screen with color to illustrate how fast and where a hand is moving. While Magic is technically a tutorial, it's almost as satisfying to play as a game. We found ourselves wanting to run through Magic multiple times. 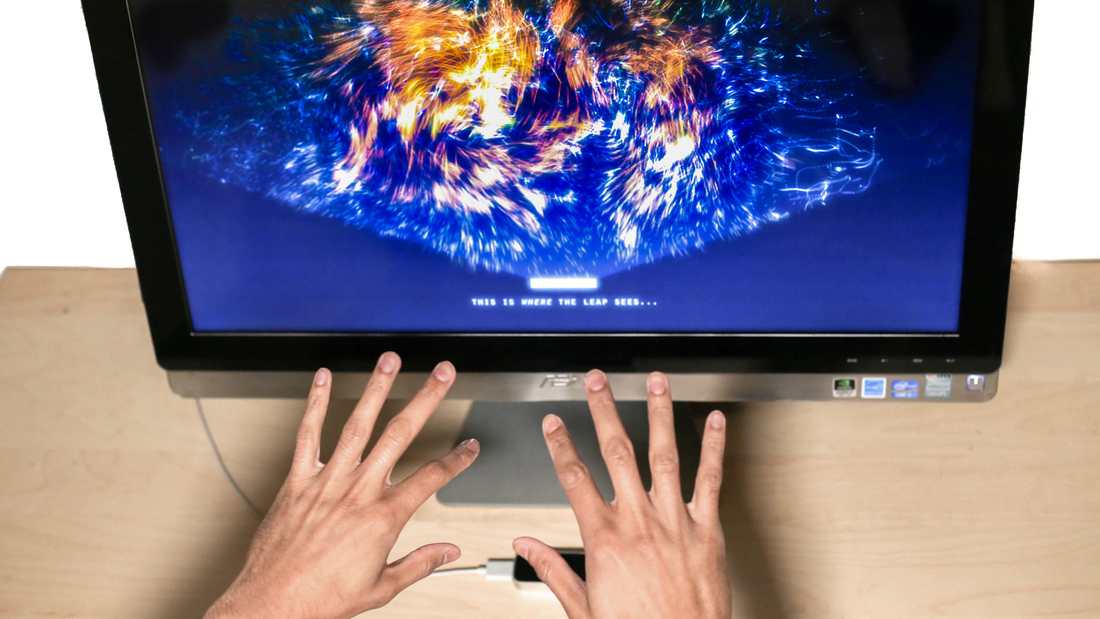 Magic won't be available to beta users today, but it will show up in Airspace sometime in the next few weeks, Bowerman said. The Airspace app store will be found inside of an app called Airspace Home, which stores a user's downloaded Leap-compatible apps, and also serves as a place for Leap to promote other compatible apps that aren't for sale in Airspace. One example of this is Google Earth, which can be used with a Leap controller, but won't be available through Airspace since Google already offers the app free to anyone online. When beta testers open up Airspace Home, they'll see a link to Google Earth from the get-go sitting next to a tile linking to the app store. During the beta testing period, all apps in Airspace will be free, with paid apps being introduced when the store goes public in July.

No more delays — Leap says it's ready for July 22nd

Michael Buckwald, Leap Motion's CEO, said that beta access will spread beyond the current Leap controller owners as the company works up to July 22nd — the day pre-ordered devices beding shipping. The Leap controller will go on sale in Best Buy stores July 29. "We have about 65,000 developers who have registered with us, and we've only shipped about 12,000 controllers," Buckwald told The Verge. "We definitely want to get Leap's to everyone that wants one. But we're also careful to do this the right way." For now, he said, doing things the right way has meant that a lot of developers who want a Leap device don't yet have one. It's also meant pushing back the retail launch from May to July, but the CEO promised no more delays. "We've produced hundreds of thousands of Leaps," Buckwald said. "There's going to be a lot of demand — there already is. And we'll be ready."

Leap Motion's quest to bring gesture control to the PC