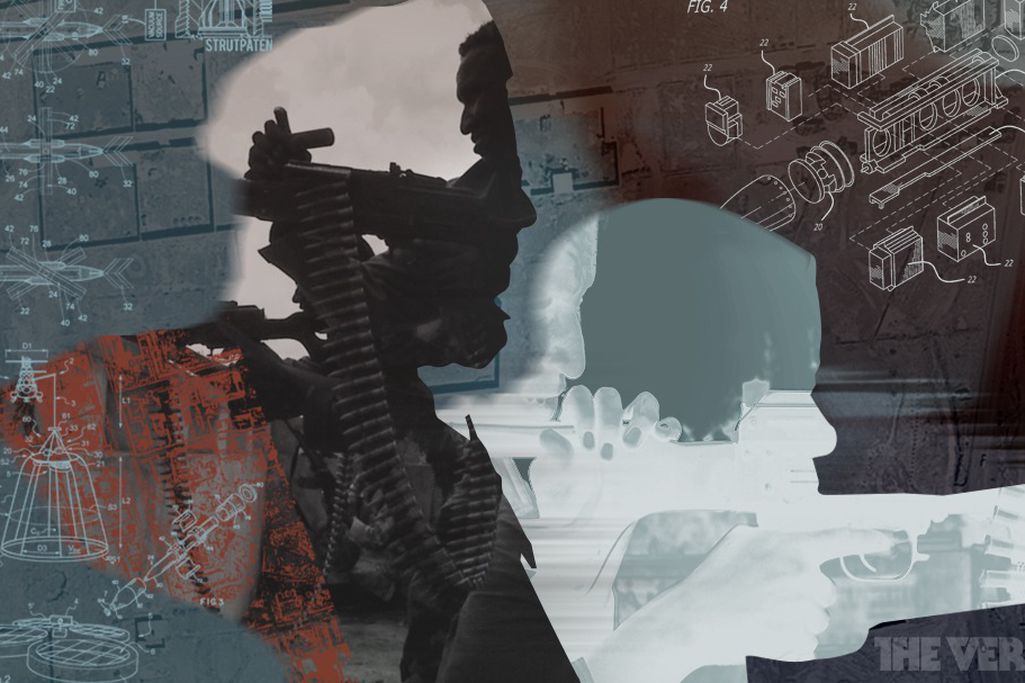 In the 1960s there was a saying: "Suppose they gave a war, and nobody came?" We'll probably never know the answer to that particular American koan, but a recent book and documentary film sets out to answer a more important question: "What if they fought a war, but didn't tell anyone?"

Dirty Wars by Jeremy Scahill is a boots-on-the-ground document of the war on terror, as it's being waged everywhere on the planet, including Afghanistan, Yemen, and Somalia. The most telling aspect of this war is how it's fought in secret, by a White House seemingly taken by its own intelligence and awesome war-making abilities. Of course, this means that we have to really be able to trust the government. As the events chronicled in the book make clear, it's high time we stopped taking the government at its word and started pressing for some real answers.

In February 2010, in a village near the city of Gardez in Afghanistan, an American military raid resulted in the death of five civilians, including two pregnant women and one teenage girl. The two male victims were local officials, a police chief and a prosecutor. After the raid, the United States issued a press release in which it claimed that a combined American–Afghan force had been following up on intelligence that placed the Taliban at the family's home when it happened upon some sort of ritual "honor killing." Unfortunately, the story goes, they were too late to save the lives of the women.

"The Americans were probably given bad intelligence," explains Richard Rowley, director of the companion film to Scahill's book. "They [arrived] at a compound where a party was happening, where they were celebrating the birth of a child. They were having a naming ceremony, and there were dozens of people and music playing and women there without head covers."

The attackers, thinking they had entered a Taliban stronghold, started firing. Afterwards, Rowley says, "They covered it up. Witnesses [and] forensic evidence collected afterwards indicated that they dug the bullets out of the bodies of the women, and then blamed it on the family themselves. And took all the men off to another province to be interrogated."

"An all-star team made up of the Army’s Delta Force, SEAL Team Six, Army Rangers, and the 160th Special Operations Aviation Regiment."

Eventually, the United States would change its story, and admit that the incident was a tragic mistake. Soon thereafter, Rowley says, "Early in the morning an armored convoy rolls up to this compound, and a US admiral gets out and offers to sacrifice two sheep at the doorstep of this family, and offers an apology, saying his men were responsible for this." But the press in Afghanistan doesn't recognize the admiral. "He's not from NATO command," Rowley continues. "He's not from RC [Regional Command] East, which owns the battle space. He's not part of the conventional force in Afghanistan at all."

The man in the photograph was Admiral William McRaven, the commander of JSOC, or the Pentagon's Joint Special Operations Command. Scahill refers to JSOC as "an all-star team made up of the Army’s Delta Force, SEAL Team Six, Army Rangers, and the 160th Special Operations Aviation Regiment." Speaking in more mythic terms, an anonymous Navy SEAL once told Dana Priest and William M. Arkin of The Washington Post that JSOC was "the dark matter ... the force that orders the universe but can’t be seen."

Operating under the authority of a confidential order signed in 2004 by Donald Rumsfeld with the blessing of President Bush, JSOC has the authority to attack the al-Qaeda terrorist network anywhere in the world. This was part of an ongoing evolution of the American military, a process that began secret detention, extraordinary rendition, and warrantless wiretaps, according to Eric Schmitt and Mark Mazzetti of the New York Times.

The "covert" in covert ops doesn't just apply to specific operational details. One of JSOC's strengths is that it exists in a legal black box, where the executive branch rarely briefs Congress in advance of a mission, and "usually not afterward," according to Priest and Arkin. Of course, some victories will be acknowledged — the White House started springing leaks as soon as Osama bin Laden's corpse was dumped into the ocean — but it was some time before JSOC took any responsibility for Gardez. 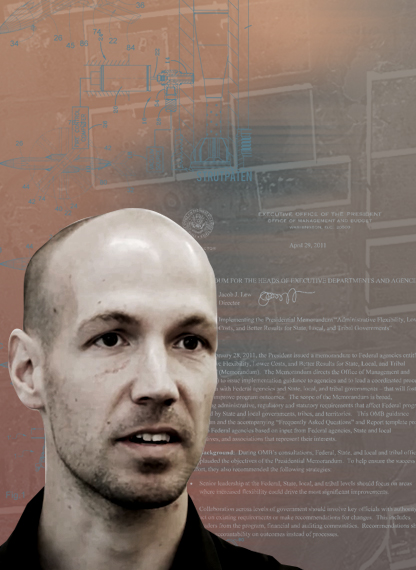 As Rowley explains, "This is the new paradigm of American militarism. It'll be a long time before [another] George Bush-style ground invasion of a country in Asia, [with] 200,000 troops on the ground and the idea that we're going to build a new democracy." Instead, our wars will be fought in secret, with "a massive covert army that is outside of the conventional chain of command, that's responsible directly to the president, [with] little meaningful oversight and no scrutiny in the press."

In Yemen, Scahill met the family of two American citizens, the infamous radical Muslim cleric Anwar al-Awlaki and his not-at-all radical, non-clerical, teenage son Abdulrahman. Both father and son were targeted and killed in separate drone strikes in late 2011. The elder al-Awlaki had long been in the US government’s crosshairs, having gained his greatest notoriety as al-Qaeda’s chief propagandist in the Arabian Peninsula. He was the very definition of a traitor, as Tom Junod has pointed out, even if he had never been indicted. The elder Awlaki met his fate in a drone strike manned by the CIA, as JSOC and some ground troops stood by to assist if necessary.

Abdulrahman was not in the same league as his father. Born in Denver, Colorado, he has been described by the New York Times as a pretty typical kid who had just turned 16, a hip-hop fan who "liked sports and music and kept his Facebook page regularly updated." On October 14th, 2011 at about 9:00 PM, a Predator drone fired the missile that killed Abdulrahman and several other teenage members of his family as they ate at an outdoor restaurant.

Nasser al-Awlaki is Anwar's father and Abdulrahman's grandfather, a Fulbright Scholar who earned his master's degree at New Mexico State University and a doctorate at the University of Nebraska. After the attack that killed his grandson, he explains how relatives located the teenager's body. "He was buried with the others in one grave," Scahill writes, "because they were blown up to pieces by the drone." All that could be recognized of his grandson was his hair. "But they could not recognize his face or anything else."

While media outlets cited "unnamed officials" inside the White House who confirmed its responsibility for the attacks, the official government line was feigned ignorance, delivered in a particularly arrogant manner. "For over the past year, the Department of State has publicly urged US citizens not to travel to Yemen and has encouraged those already in Yemen to leave because of the continuing threat of violence and the presence of terrorist organizations ... throughout the country," reads one of the highlights of a press conference by National Security Council spokesman Thomas Vietor. In the same statement, he acknowledged the existence of press reports that a known terrorist named Ibrahim al Banna was killed in the strike, "and that several others, including the son of Anwar al-Awlaki, were with al Banna at the time."

This was only the beginning of the misinformation that surrounded the killing. Banna's outfit, al-Qaeda in the Arabian Peninsula, issued a statement saying that the terrorist was in fact alive and well — which raises the possibility that the strike had nothing to do with him in the first place. US officials, speaking at the time of Abdulrahman's death, variously claimed that the younger Awlaki was 21 years old, or that he was a militant himself, neither of which turned out to be true.

When asked at the time about Abdulrahman's death, former White House press secretary Robert Gibbs (speaking for Obama's re-election campaign) replied with characteristic compassion when he said that the boy "should have [had] a far more responsible father." 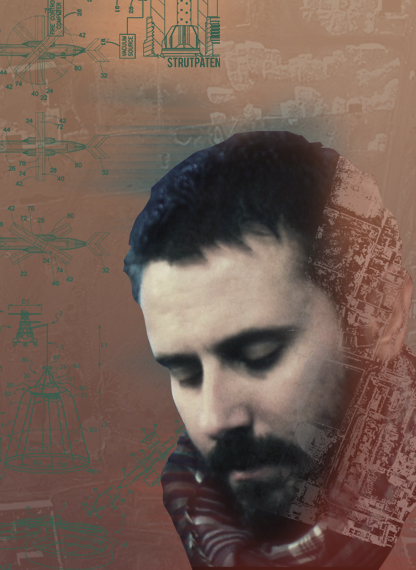 we have to rely on journalists like Scahill and Rowley to reconstruct the events, as if this were a mystery novel

They're called "lily pads," because they're small, temporary locations that our covert army can use as a jumping-off point into regional combat, much as a cartoon frog might, if that frog was an elite, trained killer (which would make the terrorists cartoon flies, I suppose). Technically known as a CSL or Cooperative Security Location, the lily pad is central to our current war on terror. Just as the Pentagon obscures its battles by waging wars with covert troops, it obscures its empire of bases around the world by relying on lily pads established at foreign military bases. According to the US Air Force, this gives the military a springboard for attacks in places like Dakar, Entebbe, and Libreville, Gabon. There is no exact number available, but including the CSL sites it's been discovered that the American military has over 700 bases outside the United States.

Just like the number of overseas bases (and, as Nick Turse points out in The Complex, the number of overseas military golf courses), JSOC operations are rarely commented upon and almost never officially acknowledged. Instead, we have to rely on journalists like Scahill and Rowley to reconstruct the events, as if this were a mystery novel.

In Dirty Wars, Scahill pieces together one operation that took place in early 2007, at the beginning of the US-backed Ethiopian invasion of Somalia. JSOC, he writes, "Had quickly set up its makeshift 'lily pad' at the discreet US base in Manda Bay, Kenya ... and was waiting to pounce." It finally had its chance on January 7th, when a Predator drone launched from Camp Lemonnier [Djibouti] located a convoy of vehicles in southern Somalia. As it tracked the convoy, an AC-130 gunship arrived, attacking it "just before it disappeared into a forest along the Kenya–Somalia border." According to US officials, as many as a dozen fighters were killed in the engagement. Afterwards, JSOC personnel arrived to take DNA samples of the dead.

This was among the first overtures in a bloody invasion that ran over two years and killed approximately 10,000 people, creating 1.1 million refugees in the process, according to Human Rights Watch. And this is now the American way of war: small, mobile "lily pad" bases and covert operations that remain secret, so when we see the humanitarian crisis unfold on the TV news, we have no idea that our government played a hand in creating it.

In the fall 1998 issue of Covert Action Quarterly, former United States attorney general Ramsey Clark offered some insight into the nature of government secrecy. Its main purpose, he writes, isn't to hide things from our enemies as much as it is to hide things from the American people. "The Cambodians knew they were being bombed," he explains. "So did the Libyans. The long suffering Iraqis know every secret the US Government conceals from the people of the United States and every lie it tells them."

Indeed, the family of Abdulrahman al-Awlaki knew the origin of the drone strike that killed their loved one, as did the families of those killed in that village near Gardez. The only reason for a cover-up was to keep the true nature of war from mainstream America's eyes and ears.

The next time the United States is attacked and dim-witted pundits on cable TV news channels (clearly perplexed) ask their viewers why "the terrorists" hate America, you can site this book as evidence.

But let's pray it doesn't come to that.