Share All sharing options for: Sony's SmartWatch 2 is the company's latest effort to get on your wrist

Sony was one of the first companies in the current wave of smartwatch hysteria to put a wrist-worn product on store shelves, but last year's SmartWatch left a bit to be desired. Though the SmartWatch was one of the better looking options on the market, its clumsy software and high price were both let downs. The company is back this year with a new version of the Android companion, the logically-named SmartWatch 2. The SmartWatch 2 maintains the essence of the prior model, but adds NFC for one-touch pairing to an Android smartphone; a higher-resolution display with better sunlight visibility; better battery life; an improved user interface; and more pre-installed and recommended apps.

The SmartWatch 2's touchscreen display is bumped up in size to 1.6 inches, and features a slightly more dense 220 x 176 pixel resolution. The size increase does wonders for the device's appearance — gone is that big obtrusive bezel seen on the original. The device is now IP57-rated for water resistance, and Sony claims that its improved battery life is the longest of any smartwatch. And when it comes time to recharge the battery, you no longer have to deal with Sony's silly proprietary cable — the SmartWatch 2 charges over standard Micro USB. The rubber wristband has been swapped for a higher-quality stainless steel version, while the SmartWatch 2 retains the original aluminum construction on its body. You can also swap the band for any standard 24mm strap.

Improved pairing and an updated interface promise a better experience

While the improvements found in the SmartWatch 2's hardware will certainly be appreciated, our biggest complaints with its predecessor were in the interface and usability departments. Sony hopes to rectify the difficulties we saw pairing the device with the NFC features — which let you just tap to pair and connect — and the revamped UI that is said to closer mimic the Android UI on a smartphone. The SmartWatch 2 even features home, back, and menu capacitive keys on its face just like many Android phones. Sony also says that the SmartWatch 2 has extended compatibility with most Android phones, so more people will be able to use it. Unfortunately, there still isn't compatibility with iOS devices. 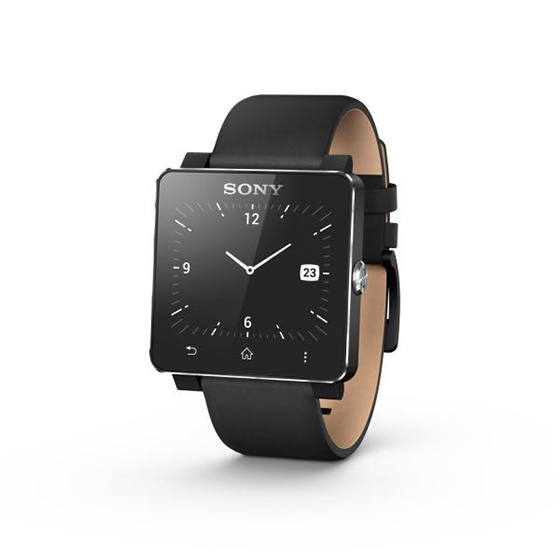 Sony plans to have the SmartWatch 2 on store shelves across the world in September of this year, but it's not ready to say how much it will cost when it arrives. With impressive competitors such as Pebble — and the ever present rumors of smartwatches from the likes of Apple and Google — the SmartWatch 2 had better live up to Sony's claims that it has improved if it is to be a success.