Microsoft is opening up pre-orders for development kits of its next-generation Kinect for Windows. The new peripheral, which was unveiled at the Xbox One launch in May, features a vastly improved sensor set and microphone array that can recognize movements and people with greater accuracy and in larger numbers. Starting today, developers can sign up for a development kit that will include a pre-release version of the new Kinect, early access to a new SDK, and the final product when it's ready. The price is set at $399, but not everyone ordering is guaranteed a kit — Microsoft will pick successful developers after registration closes on July 31st.

Along with the launch of the new Kinect for Windows, Microsoft has also detailed the capabilities of its new SDK, version 1.8. New features include real-time background removal, which lets you isolate a person away from their surroundings, faster Kinect Fusion scanning with better color capture, and the ability to create Kinect for Windows apps using HTML5 / JavaScript. The SDK will be released in September; hopefully we'll see Windows developers take full advantage of the improvements to create more realistic and intuitive cross-dressing applications soon. 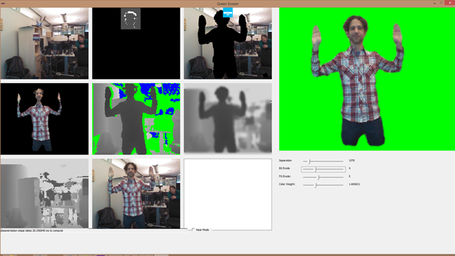