Sony's among the most innovative camera manufacturers on the planet right now, but for its latest cameras it's aiming more to refine than reinvent. It just announced the DSC-RX100M2, which Sony calls the RX100 Mark II. The new model is largely the same as the RX100, which remains our favorite pocket-sized camera on the market, but it adds a handful of new features designed to make the camera equally palatable for pros and amateurs alike.

It has a new, one-inch, 20.9-megapixel CMOS sensor that Sony says gives the RX100 extraordinary low-light capabilities — if Sony's right, it could be a huge leap forward for cameras this small. The RX100M2 also comes with a bright f/1.8 Carl Zeiss lens, which should also help with the low-light capabilities. And if that's still not enough, the camera's new multi-interface shoe will let you add flashes, viewfinders, and the like to the camera. 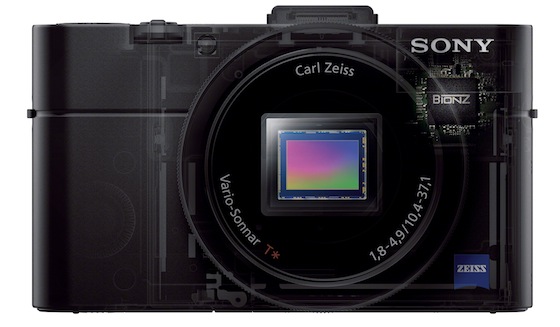 The RX100M2 comes with Wi-Fi and NFC, too, for pairing the camera to your smartphone — though Sony's ability to successfully integrate Wi-Fi into its cameras is very much in question. The camera has a 3-inch articulating LCD on the rear, can shoot 1080p video at a film-friendly 24 frames per second, and should shoot stills at least as well as its predecessor.

Not replacing the RX1 or RX100, just adding to the lineup

Sony's careful to note that its predecessor's not going away, either — the Mark II is an addition to the lineup, not a replacement for the RX100. Same goes for the new RX1R, a spin-off of the so-good-it-feels-like-you're-cheating RX1. The RX1R's only difference is that it comes without an optical low-pass filter, which is typically used to avoid moire in your photos; without the filter, you can get the full 24.3 megapixels out of each shot. Like the Nikon D800E, it's a very specific camera for a very specific photographer, but adds yet another option to Sony's growing lineup.