The first images of Google's new London headquarters have emerged. The company recently spent $1 billion on a plot of land for the development, and has enlisted architecture firm Allford Hall Monaghan Morris (AHMM) to design its new London home. The proposed headquarters, which are expected to be valued at over $1.6 billion when completed, would stretch 330 meters (the length of three and a half football fields) and rise to eleven storys in height. Like most modern developments, it's designed to be environmentally friendly — the architects are aiming to achieve an "outstanding" certification from BREEAM — and will be constructed with steel framing and cross-laminated timber panels, an unusual technique for a building of this size. 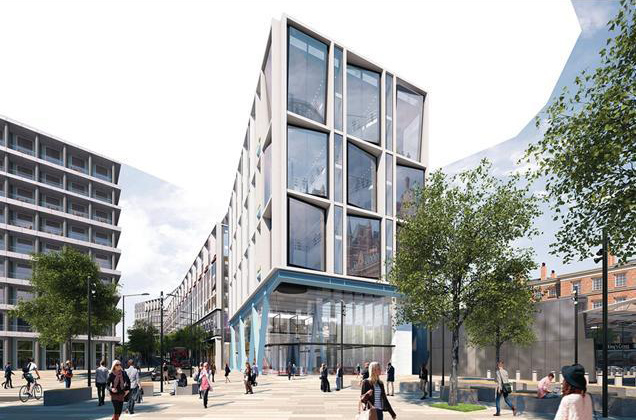 Google will be at the heart of a major redevelopment

The new headquarters will be situated next to King's Cross St Pancras station — a major transport hub which has access to more subway lines than any other station, in addition to rail links to France, Belgium, and Scotland — and is part of a major redevelopment of the area. As is common for developments in the heart of a city, much of the ground floor of the building will be dedicated to new restaurants, cafes, and stores, while the rooftop will be a garden. The HQ will take up one entire side of King's Boulevard, a new road that links the station with Regent's Canal and Granary Square, the site of Central Saint Martins, one of the most prominent art and design colleges in the UK. The plan is to make King's Cross an international hub for business and culture — a city within a city — and Google will be at the heart of that plan. Should the plan be approved by Camden council, the building is expected to be completed by 2017. 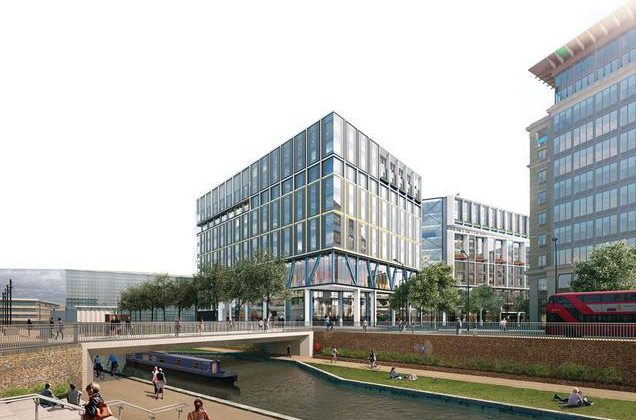