This week, we’re taking a look how Sony, HTC, and Samsung are all releasing alternate versions of their own products.

Just a short few months after the RX1 landed in stores, Sony is already gearing up to release a new version of its flagship point-and-shoot, this time known as the RX1R. But Sony isn’t planning on replacing the original RX1 at all, instead the RX1R is a slightly different model designed to appeal to a different set of professional photographers. 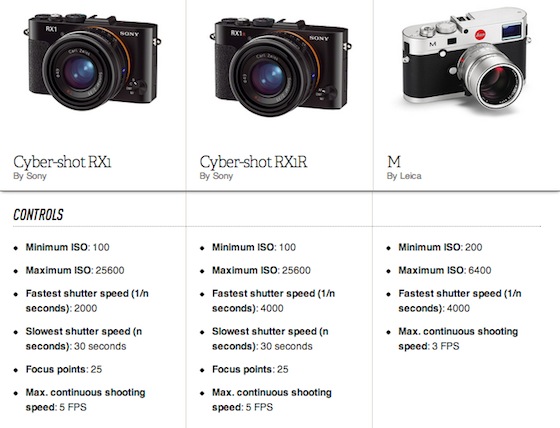 The RX1R removes the low-pass filter that's present in the original camera. By taking away that filter, Sony could make images a bit sharper, but it also risks introducing a type of patterned noise known as moire. Most cameras include this filter because the difference is — to most eyes — negligible. But high-end manufacturers like Leica have been building cameras free of low-pass filters for years now to please enthusiasts who prefer the added sharpness. By releasing the RX1R, Sony can better compete for the attention of budget-minded photographers who might be swayed from buying into Leica’s pricey ecosystem.

Neither of Sony’s cameras is an explicitly better option when looking at specs alone. They actually match or beat the Leica M in most categories, though Sony still falls behind in a big one: the RX1 has a fixed lens, while the M has an interchangeable mount that accepts what many consider to be some of the best lenses out there. 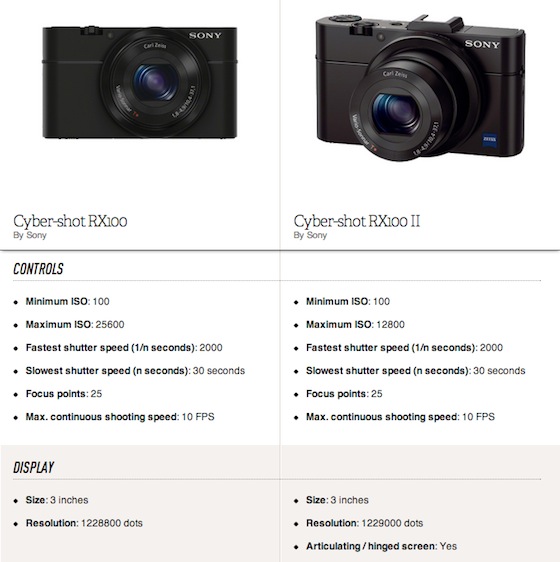 Sony’s taking a similar approach with its mid-range point-and-shoot, the RX100. Earlier this week it announced the RX100 Mark II, an improvement — but distinctly not a replacement — of the original. Running $100 more than the debut model, the Mark II adds in a few helpful usability features, including Wi-Fi, NFC, and an articulating display. At $649.99, the original is still one of favorite point-and-shoots. But it should be easy enough for buyers to decide if some modest improvements are worth the modest price bump.

Fan favorites get even better

Of course, nowhere was the trend of releasing alternate models more obvious or celebrated this week than in the market of Android smartphones. HTC and Samsung released new versions of their flagship devices, the One and the Galaxy S4, that were free of their customized — and often bemoaned — software. The devices are otherwise identical to the versions that have been out for months, but should have an obvious appeal to fans of the platform. Unfortunately, neither of the new devices are being sold at a discounted, on-contract price, so it's worth considering the trade-offs. 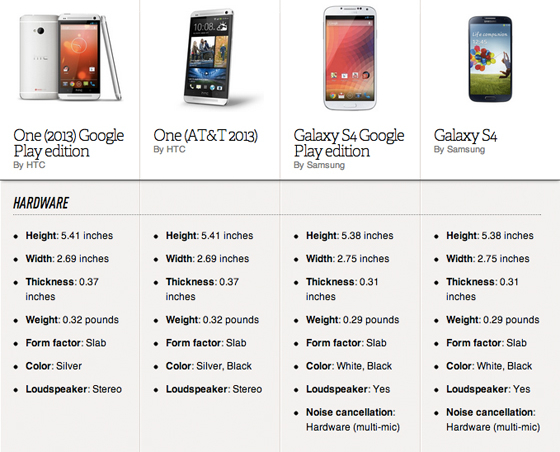 It could be a trend. Sony, Samsung, and HTC all released modified versions of existing products designed to appeal to a more demanding audience. Android fans have been begging for a stock device with LTE, and select photography enthusiasts might be thrilled with Sony's small tweaks to the RX1.

Here are a few other notable additions to the database this week:

If you want to learn more about any of the products mentioned above, all of our information on them can be found through the database box located beneath the article. For more on cameras, cellphones, and just about every product around, you can check out the full Verge Database right here.