Twitter quietly rolls out Bing language translation on the web

Twitter now offers automatic language translation for tweets viewed at Twitter.com. There's been no official announcement of the new feature yet, but the Bing-powered translations have begun popping up for some users. The Verge has confirmed that translations are currently enabled (we've embedded a sample below) and support a number of languages at launch, though not all Twitter.com vistors are seeing them just yet. Twitter has been testing Bing translate with a small subset of users to this point.

The move follows a similar implementation of translations — again powered by Bing — seen in Twitter's Windows Phone app earlier this week. As you'd expect, the translations are by no means flawless but at least provide you with the gist of a tweet's content. We've reached out to Twitter for more details as to when all users will begin seeing translations. 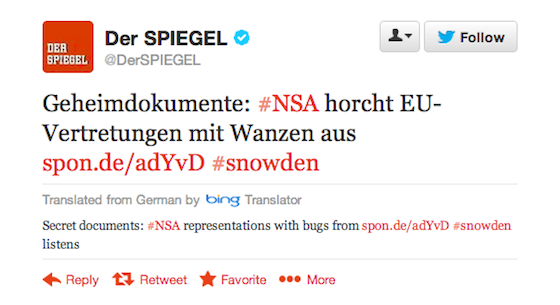