At Computex, Taiwan's captains of industry borrow from their American counterparts with mixed results

As the thunderous but indistinct techno music blares over Acer's Computex press conference, you can't help but feel transported back in time. This is the sort of atmosphere a Westerner would expect from a product launch in the 1980s. Everything’s hitched up an extra notch, from the neon sign outside Acer's venue to the models' skirts at Asus' Transformer launch. The only thing missing are the crazy, voluminous perms.

But volume, in both its aural and metric sense, is the exact thing that defines the Taiwanese press event. If you want more style, you just add more of it, and if you want to be heard by more people, you shout louder. That attitude seems to be a natural corollary of operating in a buzzing, heaving metropolis like Taipei — where in order to stand out, you really do have to bombard people’s senses — but there’s still another reason for all the richly starched pinstripe shirts and over-the-top presentation. The locals here might not enjoy admitting it, but the truth is that most of their cues for conducting a successful presentation and marketing campaign are borrowed from the West. 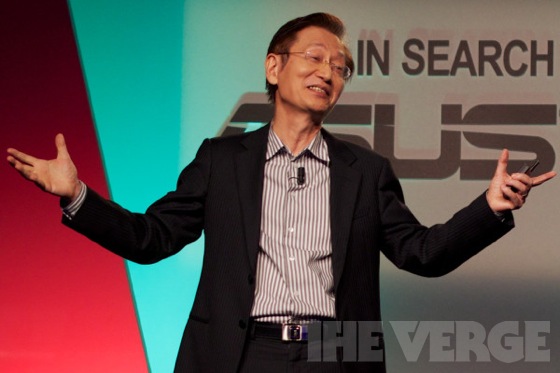 Asus’ chairman Jonney Shih is akin to America’s Gordon Gekko archetype: slicked-back hair, outrageous speeches about conquering the world, and a penchant for dramatic flourishes of manufactured excitement. This is no accident. Like all the leading Taiwanese electronics companies of today, Shih’s Asus started off as a humble component manufacturer and assembler for the likes of Dell, so when the company made the transition to a consumer brand, the obvious role model to follow was that of its former employer and other American powers.

There was no established tradition of a Taiwanese electronics industry before the arrival of guys like Shih, Acer’s J.T. Wang — whose voice booms so loudly during keynote speeches as to render the provided microphone redundant — and HTC’s Peter Chou. Inspired by what’s seemed to work for the Western companies they once partnered with, they’ve structured their consumer marketing message along similar lines.

Shows like Computex can appear alien to western eyes

As industry analyst and decade-long Taipei resident Dan Nystedt puts it, "They are probably trying to present in a more Western style — or what they think is Western, more forceful and direct — since they know they are speaking to an international audience at Computex." It’s this imperfect facsimile of the (primarily) American style of presentation, allied to the issue of conducting events in a second language, that can make shows like Computex feel rather alien to a Western observer. You get a sense of familiarity, yet the overall vibe is decidedly different. The best analogy for it is the phenomenon of so-called "fusion" Chinese cuisine — where the West attempts to emulate various cooking traditions from the East and succeeds in concocting its own brand of dining experience. 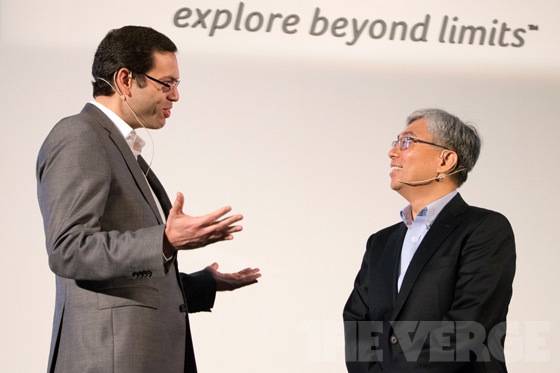 As the Western consumer grows more discerning — or is that more cynical? — acts of overt and direct marketing are beginning to be met with derision. It's still okay to sell people stuff, you just have to act like you're not. American companies like Apple, Microsoft and Amazon have long ago picked up on this message, but there appears to be a lag in it filtering through to their Asian contemporaries.

Samsung and LG, two Korean giants that are sadly absent from this year’s Computex, are infamous for trying to overwhelm users with an abundance of specs and features. The Taiwanese trendsetters are little different, as this week sees Asus delivering every possible configuration of a transforming device and Acer filling the apparent gap between 5.6- and 5.8-inch smartphones with a new 5.7-inch Android handset.

The one man who’s been most successful in bridging the cultural gap between East and West is Nvidia boss Jen-Hsun Huang. Born in Taipei, but also deeply immersed in American business culture, his presentations manage to strike the right tone with almost all audiences. This week he told The Verge that major differences in culture exist on a far smaller scale than the two broad hemispheres we’ve been thinking about — doing business in Japan differs markedly from conducting it in India, which in turn is nothing like doing it in China.

The Chinese attitude, says Huang, is consistently one of overwhelming positivity, characterized by a call of "jia you!" or "charge!" which he illustrates by thrusting a fist forward in the air. It is perhaps an appreciation of these national tendencies, mixed in with the inescapable influence of industry incumbents from the West, that best explains the seemingly exotic presentations on show at Computex every year.

In an increasingly globalized and interconnected world, you might expect culture to eventually coalesce into a single homogeneous mass, but what Asian trade shows like Computex are proving is that ideas rarely cross borders without undergoing some mutation or cross-pollination with local values. So while common tropes may emerge across the entire industry, we’re unlikely to ever reach the point where a Taiwanese press conference feels like anything other than a wild adventure into the unknown.