Share All sharing options for: Apple exec in ebooks antitrust case testifies fairness is why he 'loves' the company

Apple was "indifferent" about whether book publishers ripped away Amazon or any other retailer's ability to price their own books, because Apple is focused only on its own business. That was the claim made by Kevin Saul, an Apple executive who helps negotiate the company's book deals, in federal court yesterday.

The US Department of Justice has accused Apple of conspiring with five of the country's six largest book publishers to fix ebook prices in the trial, which was held in the US District Court of Manhattan and kicked off this week. On the second day of the trial, Saul described the attitude toward content creators instilled in the company by co-founder Steve Jobs. He said Apple treats content suppliers the same regardless of size or influence and wanted to create a level playing field with ebook suppliers. For that reason, they they offered the same contract terms to all publishers, big or small. "That's why I love Apple," Saul told the court.

"That's why I love Apple."Such an effusive statement was rare in Saul's testimony and the comment drew a laugh from some in the gallery. The problem for Apple is that the DOJ supplied the court with emails and testimony that seemed to offer other motivations for why the company required all its ebook suppliers to agree to a contract that guaranteed they would meet the lowest prices found online.

The government, which filed antitrust charges against Apple in April 2012, alleges that Apple used the contracts as a means of thwarting price competition — specifically to prevent chief rival Amazon from discounting ebooks. Amazon dominated the ebook sector and offering lower prices was one of its competitive advantages. But Apple and the publishers were successful and Amazon was forced to raise prices, costing consumers hundreds of millions of dollars.

The DOJ contends that to achieve its goals, Apple needed to convince book publishers to switch to an agency business model. This would allow them to dictate pricing rather than retailers, upsetting a system in which retailers had long decided what consumers paid for books. The government says that as Apple pushed the publishers to move every retailer to the model, it required them to give the company Most Favored Nation (MFN) status. This required the book supplier to ensure that Apple's ebook prices could meet the lowest price offered by any other retailer. If Amazon continued selling books for $9.99, then Apple could do the same and still take a 30 percent commission. In such a scenario, the publishers would lose big money. 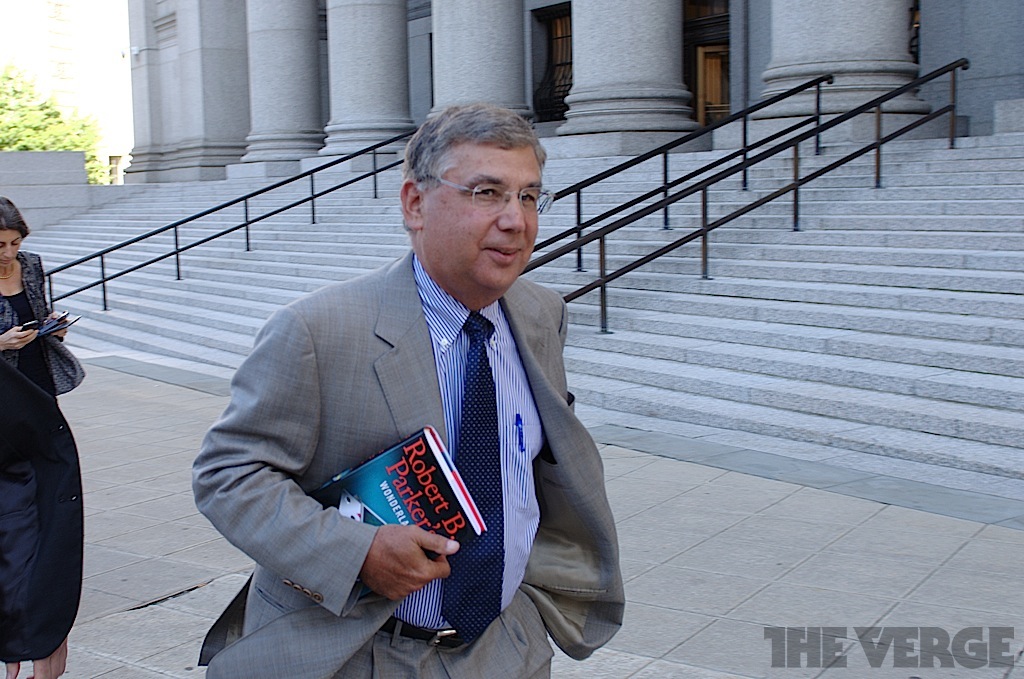 But Saul testified that Apple's MFN clause didn't have anything to do with Amazon, saying that was none of Apple's business. Apple was a new entrant in the ebooks market and the purpose of the agency contract and MFN was to make sure it stayed competitive. Orin Snyder, Apple's lead attorney, highlighted the fact that nowhere in any of Apple's agreements with the publishers are there any requirement that the publishers move other retailers to the agency model. This was no conspiracy, Saul said. The fact that Apple offered nearly identical contracts to all the publishers was only proof of Apple's fair dealings with suppliers.

The DOJ, however, poked holes in Apple's claim of indifference about whether the publishers tried moving competing bookstores to the agency model."Get others on an agency model or withhold content."

Eddy Cue, Apple's senior vice president of internet software and services, emailed Jobs on Jan. 13, 2010 (see copy of email below) exactly two weeks before Apple unveiled the iPad and iBookstore. He gave his boss a status report about a meetings he had with the leaders of Hachette, Penguin, and Harper Collins. He notes that he received a similar response from Hachette and Penguin and wrote both were "willing to do an agency model" and "go agency model for new releases with everyone else."

The government also showed the court an email exchange between Saul and an attorney for John Wiley & Sons, a publishing company. The Wiley attorney balked at agreeing to Apple's MFN and Saul noted that there were "unilateral" ways that the company could comply, such as "get others on an agency model or withhold content." 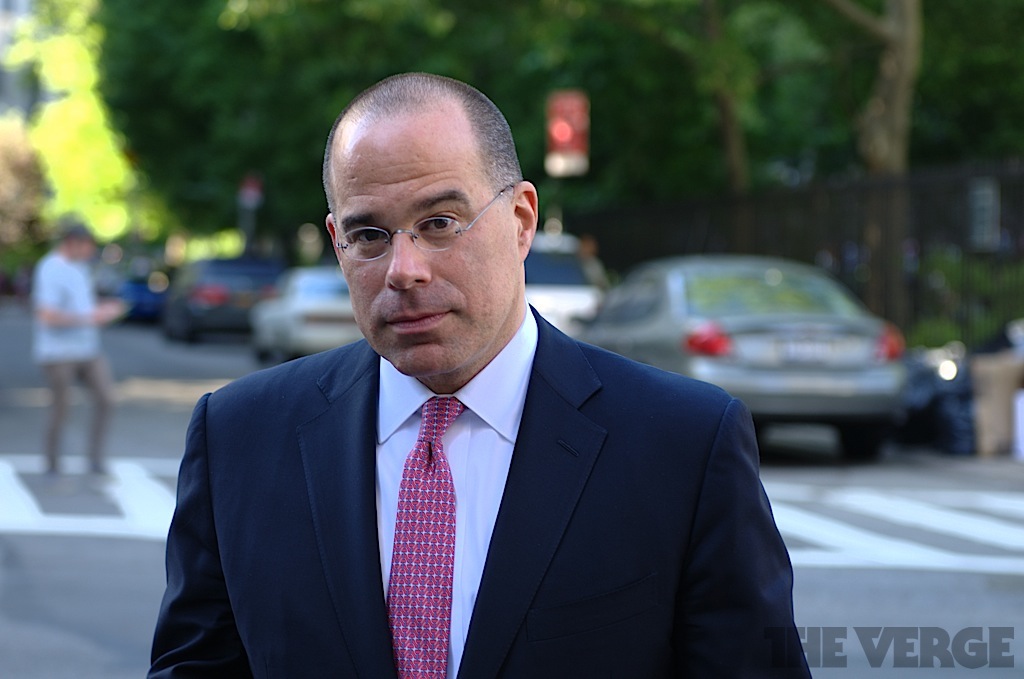 Apple didn't offer much of a choice to publishers, according to David Shanks, the CEO of Penguin Books, one of the six largest book publishers. Penguin is one of the publishers accused of price fixing that eventually settled. On the stand Shanks initially appeared nervous and reluctant to say anything negative about Apple. When Mark Ryan, a DOJ lawyer, asked him whether the Apple agency agreement was a significant factor in deciding to move every other retailer to the agency model, Shanks stammered and said he didn't know if he could agree with that description. That's when Ryan showed the court a video recording of Shanks’ deposition.

In that deposition, Shanks testified that Penguin had little choice but to move every other retailer to the agency model after signing Apple's contract. "We didn't want [Apple] selling at $9.99," Shanks said in the video. "We would get even less [money]." Shanks said that Penguin realized that if they went agency with Apple, then the only way for them to proceed was to take all the retailers to agency.

When the presiding judge, Denise Cote, asked Shanks whether he was being truthful in the video, Shanks said in a low voice that he was. 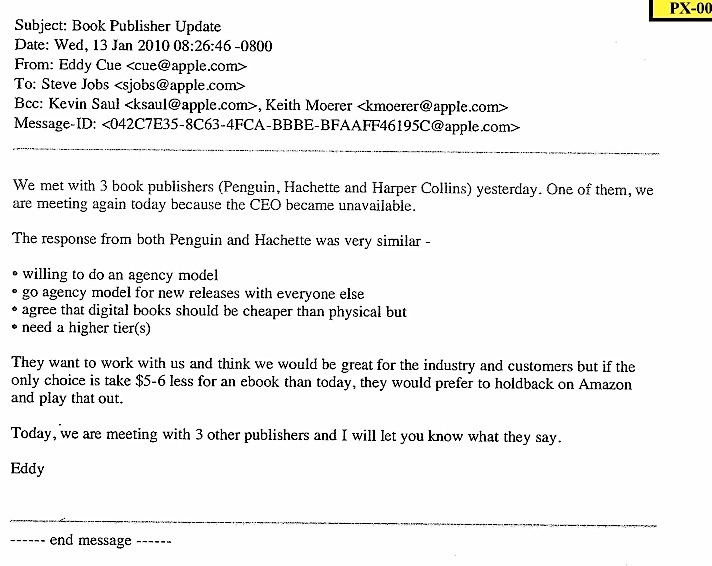 Apple and publishers under fire for ebook price fixing