Get everything done: Any.Do branches out from to-do lists to calendar, email, and notes

Get everything done: Any.Do branches out from to-do lists to calendar, email, and notes

After the huge success of Any.Do, the immensely popular to-do list app for iOS and Android, its developers must have figured their dead-simple organization and beautiful interface was good for more than just tasks. So the company's branching out, bringing its know-how to three more markets in desperate need of powerful-yet-simple apps: calendar, email, and notes. Together, Any.do is referring to them as their "life management apps," and we've had a chance to play with the first of them — Cal, the calendar app coming later this summer.

Cal is just about exactly what you'd imagine a calendar version of Any.Do would look like. (An update to Any.Do this week even added new fonts and icons to match.) It's beautiful and typography-rich, though photo backgrounds give it a little more visual pop than the strictly text-based Any.Do. Navigation is fairly normal for a calendar app — swipe left and right between days, pull down on the week list to see a month view, and tap on an event to see details. In a nice bit of company synergy, you can see your tasks for the day in your calendar.

Event details is where the Any.Do-like experience becomes really useful. You can associate tasks with events, which is nice, but the app also makes it really easy to add people to an event, or add a location and then navigate to it when it's time to go. Adding a note or a reminder is incredibly easy and even fun — Cal has all the cool, familiar Any.do animations, and even version 1.0 flows smoothly. 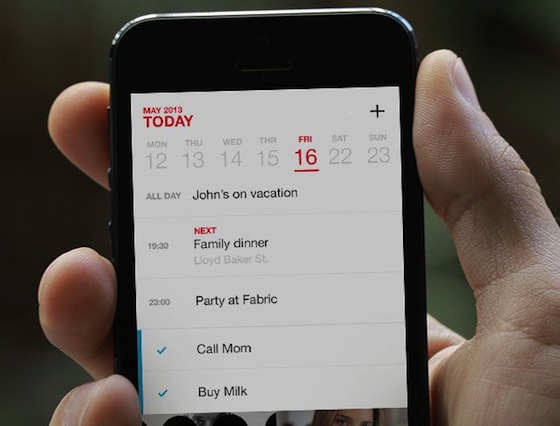 The beta version of Cal we used is missing a few of the best features of Any.Do, like the ability to pull down on any screen and automatically add a new task. Cal does handle natural text pretty well (you can just type "Lunch with John at noon Friday"), but Any.Do makes it really easy to add tasks from anywhere, especially using your voice. Any.Do also lets you edit tasks in-line, while you have to go into a Cal event to change anything.

There's also one huge, crippling downside at the moment: you can't add events while you're offline. It's a bizarre omission, and one that really limits how useful Cal is for now — but it's still a beta, and we have to assume it's something the Any.Do team is working on fixing before launch this summer. 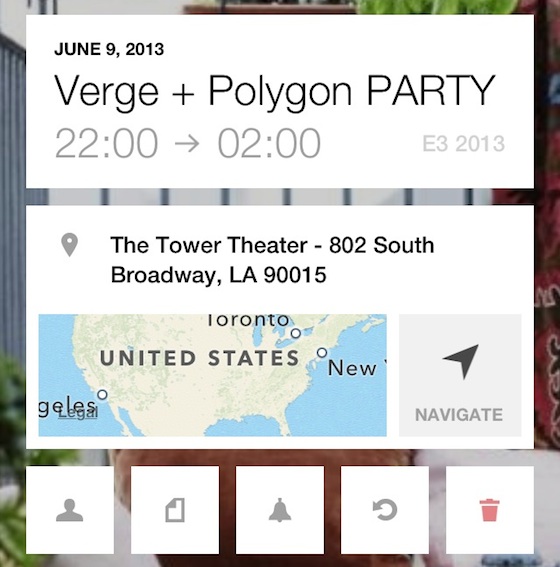 Even at this early stage of its development, Cal is definitely one of the best-looking calendar apps for iOS and Android — it's like a cleaner, better-designed version of Fantastical. But just as Any.Do really caught on when it became dead easy to add, sort, and above all do more with your tasks, Cal won't be really great until it's more than just a pretty face. Any.Do's contextual awareness is amazing, and would benefit Cal enormously.

Cal is coming this summer to iOS and Android. Any.Do's other apps are coming later, but we can already imagine how the company might handle email, and how easily a Simplenote-like app would fit into its family. Together the suite could be a powerful productivity setup, and a pretty one besides.