Images of Nokia's next flagship Windows Phone leaked on Wednesday, and additional photos are now starting to appear. GSM Arena has obtained a number of photos that show the front, rear, and sides of Nokia's 41-megapixel 'EOS' device. The pictures are identical to the earlier leaks, and sources familiar with Nokia's plans have revealed to The Verge that they're genuine engineering samples of the upcoming codename EOS handset. 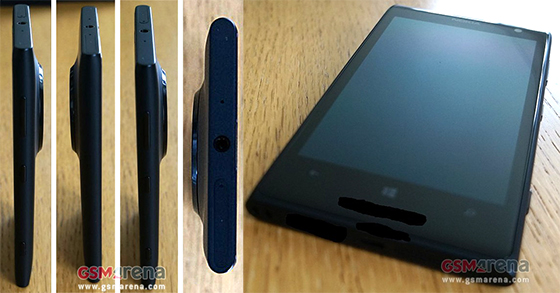 WP XAP has also published photos of a red version of the EOS shell that appear to originate from a factory. The flood of images come just days after reports that AT&T is testing initial versions of the EOS. WP Central reported that the device will include a 41-megapixel camera with Xenon flash, OLED display, polycarbonate body, and 32GB of storage with no SD card support. The Verge understands AT&T will stock the EOS exclusively in the US.

We're told that the handset will come complete with the next Windows Phone 8 update (GDR2) and Nokia's own "amber" additions. Nokia is also building an additional camera application for the EOS to provide access to the granular control over the camera hardware. Nokia is expected to unveil the device in July after the company teased a "summer of announcements" at its recent Lumia 925 launch event.