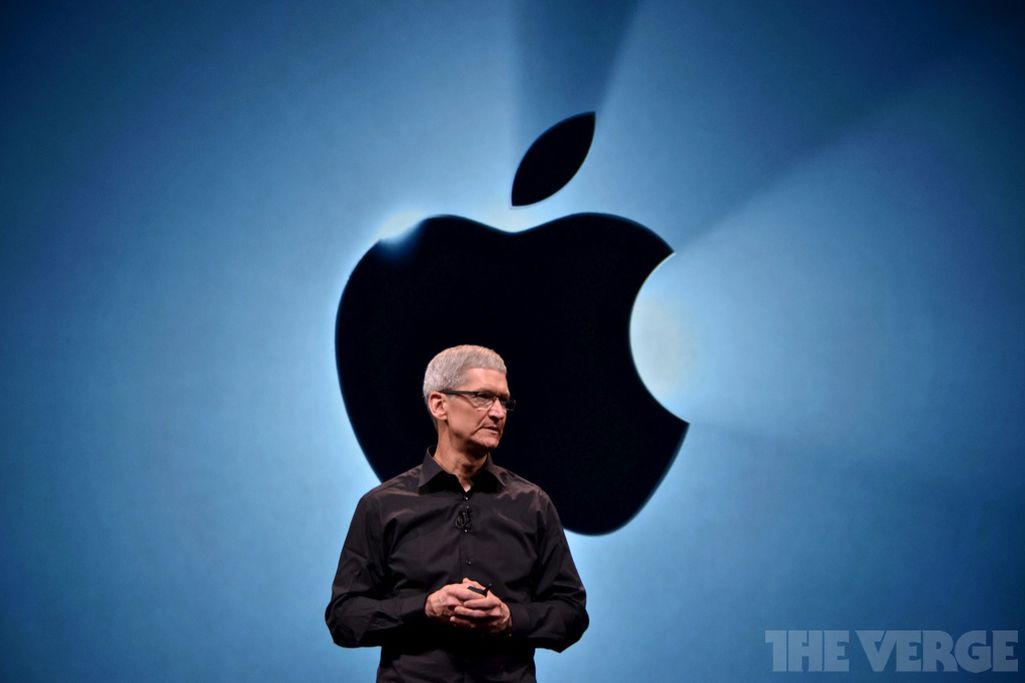 While Apple has already announced that it’ll be showing off the next versions of OS X and iOS at its Worldwide Developers Conference (WWDC) keynote, there’s still more attention than usual on the company’s annual developer-focused event. The announcement of iOS 6 at WWDC 2012 and the software's subsequent launch were rather disappointing affairs — the new features didn’t drive Apple’s mobile OS forward in any significant way, and lots of old flaws still persisted. In particular, the new Maps app was a near disaster, and one that eventually helped seal former iOS senior VP Scott Forstall’s fate. Indeed, Forstall’s departure has helped anticipation for iOS 7 reach a fever pitch — famed designer Jony Ive stepped in to lead the product’s visual design, and rumor has it that iOS will receive its first major visual refresh since it launched six years ago.

That’s hardly all that’s on tap, though. Apple has promised yearly OS X updates, so we’ll see what’s next for the company’s desktop OS — and there may be new hardware coming along with it. Apple may have moved its annual iPhone refresh to the late summer / early fall timeframe, but the company has consistently shown off new MacBook hardware right around WWDC, with last year’s event showcasing the 15-inch MacBook Pro with Retina display. And there have been a lot of signs indicating that Apple is nearly ready to show off iRadio, a streaming music service that could be the biggest update the iTunes experience has seen in years.

Indeed, this is a pivotal event for Apple — the company's stock has dropped significantly, iPhone sales aren't growing as fast as usual, and the first half of 2013 has lacked any major product updates. Everyone's expecting something big from Cupterino, and The Verge will have a full team on the ground at WWDC 2013 to keep you up-to-date. We'll have a liveblog, stories, photos, and video from the event — until then, get caught up with what we think you’ll see when Tim Cook, Phil Schiller, and the rest of Apple’s team takes the stage next Monday.

Apple has used its WWDC keynote to show off iOS updates for years, but the upcoming iOS 7 preview is generating an unusually large amount of hype thanks to one man: Jony Ive. Apple’s hardware designer was tasked with overseeing the company’s software design following Scott Forstall’s dismissal, and the last few months have seen a steady stream of rumors pointing to a major interface overhaul. Back in March, The Wall Street Journal reported that Ive was pushing for a more modern, "flat" design, and ever since then excited Apple fans have been hoping for a radical redesign that does away with Apple’s signature skeuomorphic design elements and gradient-filled interfaces. And while chances are good that iOS 7 will still feature the familiar grid of apps, heavy textures will apparently be banished, the stock apps may have a more unified feel, and the email and calendar apps might see a more "dramatic" change.

Thanks to Ive’s new role, nearly all of the rumors surrounding iOS 7 have focused on look and feel. There’s been a lot less chatter about new user-facing features, though Notification Center might finally get more widgets and deeper Flickr and Vimeo integration has also been rumored. AirDrop, a feature introduced in OS X, might be making its way to Apple’s mobile OS as well. As for other, long-requested features like homescreen widgets, live icons, or notifications that take advantage of the taller iPhone 5 display, we’ll just have to wait and see. As in the past, we expect that iOS 7 won’t be widely available following WWDC. Developers should get access to the beta in short order, but everyone else will have to wait until the launch of the next iPhone to try Apple’s latest mobile offering.

Update: 9to5Mac just released a few more details on iOS 7, with perhaps the most noteworthy bit of news being the potential for a redesigned camera app that includes Instagram-style filters. While this feature isn't a lock for iOS 7, it does sound like Apple has been testing it out internally.

Update: The Wall Street Journal is reporting that a flatter, skeumorphism-free iOS 7 will be part of Apple's keynote presentation on Monday, adding that the current visual style found in iOS 6 is reportedly seen as outdated and inconsistent within the company. 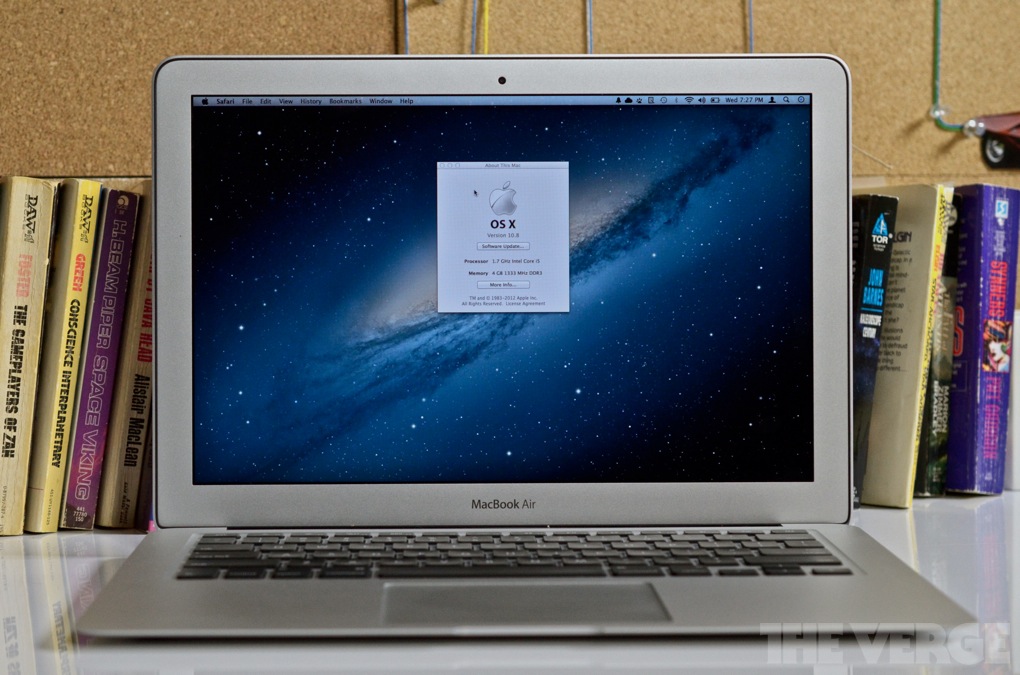 Unlike iOS 7, there hasn’t been too much chatter about what the next version of OS X will bring. Unsurprisingly, a few reports have speculated that OS X 10.9 will continue the trend of integrating iOS with OS X that started in earnest with the launch of 10.7 Lion two years ago. iOS-style multitasking, Siri, and Apple’s controversial Maps app are all rumored to make their way to the Mac. The Finder might also see a refresh that would include a tabbed interface — something third-party file browsers have included for years. It’s also reasonable to speculate that OS X 10.9 will also include some visual tweaks to bring it in line with the new iOS 7 look and feel — if iOS is losing the linen backgrounds, it makes sense to drop them from OS X as well.

More iOS features come back to the Mac

As for timing, we’d expect OS X 10.9 to be available sooner than iOS 7, perhaps alongside any new Mac hardware the company announces. However, rumors reported by John Gruber at Daring Fireball indicated that iOS 7 was behind schedule and devs were pulled from OS X to get it back on track — a situation that might mean 10.9 comes a bit later.

Apple has moved away from using WWDC to announce new iPhone hardware in recent years, and we’re expecting that trend to continue in 2013. However, a MacBook refresh is entirely in the realm of possibility. Aside from the introduction and subsequent price cut of the 13-inch Retina MacBook Pro, Apple hasn’t made any significant updates to its laptop lineup since last June. But Intel’s new Haswell processor is a natural upgrade across Apple's line of portables — the new chip promises better battery life and graphics as well as the ability to build thinner machines, something Cupertino always craves.

Apple's notebooks are due for an update, but don't hold your breath for a new iPhone

That said, reports indicate that Apple may not be refreshing all of its laptops at the event — the latest leaks point to four new MacBook Air models (at the same price point as the current lineup), so it’s not clear if the MacBook Pro lineup will be saved for an off-stage update in the coming weeks. And while we’d be surprised if the company devoted any stage time to the iMac after its radical refresh last fall, there’s a good chance that Haswell chips could also make their way to Apple’s flagship desktop model simultaneously with their introduction into the MacBook line.

While we’re not expecting an iPhone refresh at WWDC, Bloomberg just reported that Apple may begin offering iPhone trade-ins to help spur sales. The company has given gift cards for trade-ins of various Apple products (including iPhones) for some time, but this sounds like it’ll be a more heavily promoted program than ever before. Not exactly an announcement for the developer crowd, so it wouldn’t surprise us to see this held until the next iPhone launch.

Update: The Wall Street Journal is reporting that new laptop announcements will be part of Monday's keynote presentation, but did not specify which of the company's models would be getting a refresh. 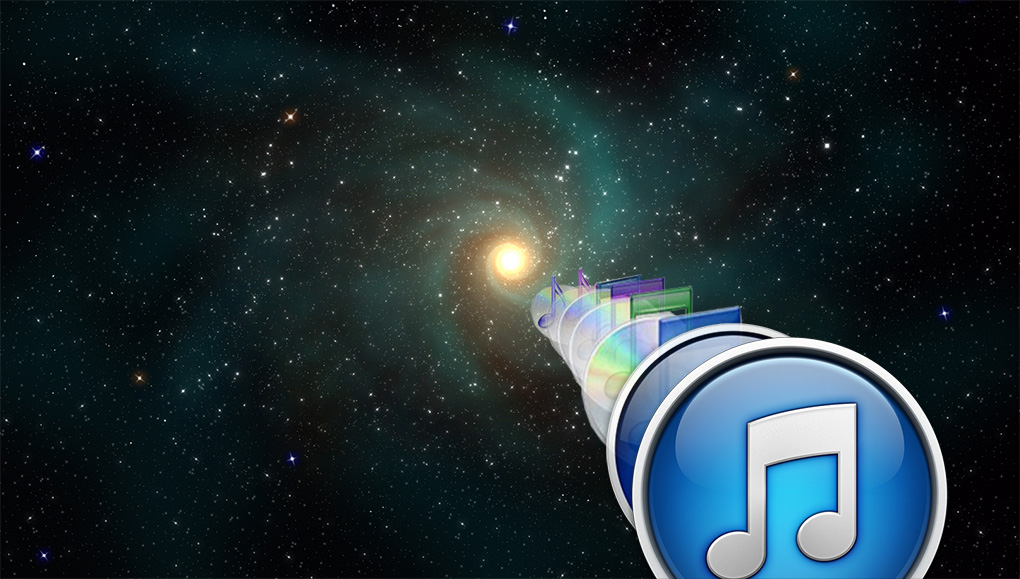 The iTunes Store may still be dominating the digital music world some 10 years after it launched, but it’s also clear that competitors large and small are rapidly moving towards streaming services, something Apple still doesn’t offer. That might change at WWDC with the introduction of "iRadio" — a Pandora-style streaming radio service that has been rumored since last September. In recent weeks, we’ve heard reports of a flurry of activity as Apple tries to nail down the record label deals needed to make its service a viable competitor to Spotify or the new Google Play Music All Access service. If Apple can get those deals done, we’d expect to hear about this onstage, possibly as a release alongside iOS 7 in the coming months — but if Apple stays quiet on the music front, it’ll be a sign that the labels are still playing hardball with the world’s biggest music retailer.

Update 6/7/13: All Things D has just reported that Apple has reached terms with Sony, which would give it deals with all three major labels — this makes an iRadio announcement even more probable.

While the "true Apple TV" talk has died down in recent months, it’s been replaced by similarly vocal speculation around an "iWatch," which would mark the company’s first true foray into wearable computing devices. Both The Wall Street Journal and The New York Times have claimed Apple is hard at work on such a product, and both Bloomberg and Verge sources indicated Cupertino wants to launch this product this year. While WWDC would be an unlikely place to unveil such a major new product, it could also energize developers by providing them with a new platform to start writing software for. We’re not holding our breath — but if the mystical iWatch or Apple TV make their long-awaited debuts at WWDC 2013, we’ll be there to bring you the news.