Samsung will be unveiling some new Galaxy devices on June 20th, and now we're getting a look at one product that might be in the offing. SamMobile has posted a leaked image of what purports to be the Samsung Galaxy S4 Zoom. It essentially looks like a pocket camera with an Android phone on the back, and according to SamMobile it will feature a 1.6GHz dual-core processor, a 4.3-inch qHD display, and 8GB of internal storage to go along with its 16-megapixel camera and optical zoom. According to the report, the Zoom will run Android 4.2.2 Jelly Bean.

A similar device, known as the SM-C101, has been spotted in several different places over the last few weeks, first in a Bluetooth SIG listing and then again at the FCC. While the model in the FCC listing didn't have LTE, that's no reason why Samsung couldn't offer a more US-friendly variant should it so desire. Photo quality has been an increasingly important battleground for smartphones, so we wouldn't be surprised to see Samsung leverage the S4 brand this way — we just hope the phone addresses the issues we had with the Galaxy Camera.

Update: TechTastic has three small images of the Galaxy S4 Zoom, one of which is below. They seem to confirm the camera's existence as a point-and-shoot camera grafted onto a Galaxy S4. 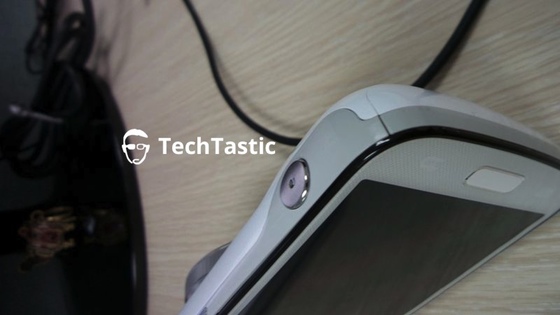