Apple famously lost an iPhone 4 prototype in a bar, sparking a hunt for the individuals involved in the loss and sale of the handset. Microsoft has also lost a phone, one running a future Windows Phone 'Blue' version of its mobile software. A Reddit user posted screenshots and information obtained from the device over the weekend, generating interest in unannounced features for Windows Phone which included an early prototype of a notification center. The Verge reached out to the Reddit user in question, and this is the story of the lost secret Windows Phone. 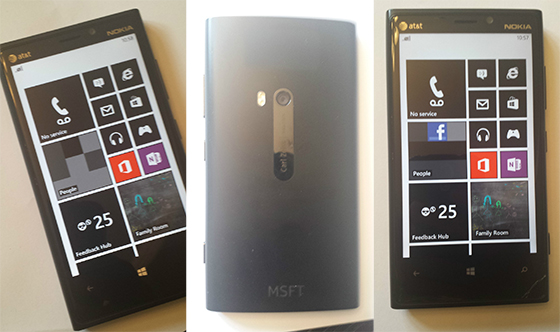 Jeremiah Wong purchased a Lumia 920 from eBay on June 5th from a seller located in Seattle. "The phone in the pictures looked different," says Wong, speaking exclusively to The Verge. "Mainly the Start Screen had the feedback hub, also etching on the back that read MSFT." Wong initially thought the device was a developer kit because it had the special etching alongside a cracked screen, but it was a lot more important. So important in fact that Microsoft wanted it back.

"Apparently the guy who owned it lost it on a bus..."

After posting screenshots of the software running on the device, and accidentally revealing his cellphone number in the process, Wong was contacted by Microsoft's legal team. Microsoft locked the phone remotely and requested that Wong take down his photos from his Flickr account. "Apparently the guy who owned it lost it on a bus. It was then picked up and sold," he says. Instead of pursuing Wong, Microsoft has offered to reimburse him for the cost of the device and also ship him a replacement phone. "I was incredibly surprised at the lack of intimidation and even more surprised at their accommodation," says Wong. 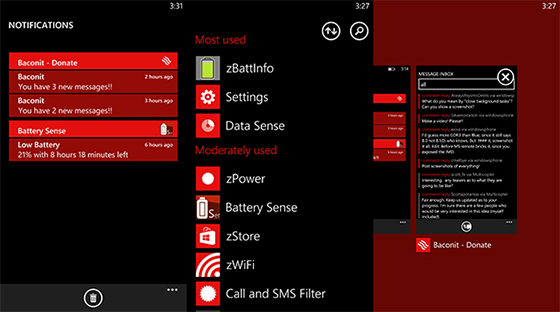 Sources familiar with Microsoft's Windows Phone plans have revealed to The Verge that the software is early prototype work for an upcoming update codenamed Blue. Describing the software, Wong says it had "pretty much everything he wanted," but that "a few things needed work still." The screenshots revealed Microsoft's work on a much-requested notification center for Windows Phone and some improvements to multitasking and the general usability of the app view.

As the improvements are only at the prototyping phase, it's unlikely that all of them will be included in a final version of Windows Phone Blue. The Verge understands this update is not scheduled for release until early next year. While the screenshots show a notification center as part of a separate application, it's likely this implementation — if it ships at all — will change by the time Windows Phone Blue is released.

Microsoft spokespeople refused to discuss the screenshots, and the company is not commenting on the return of its lost device.